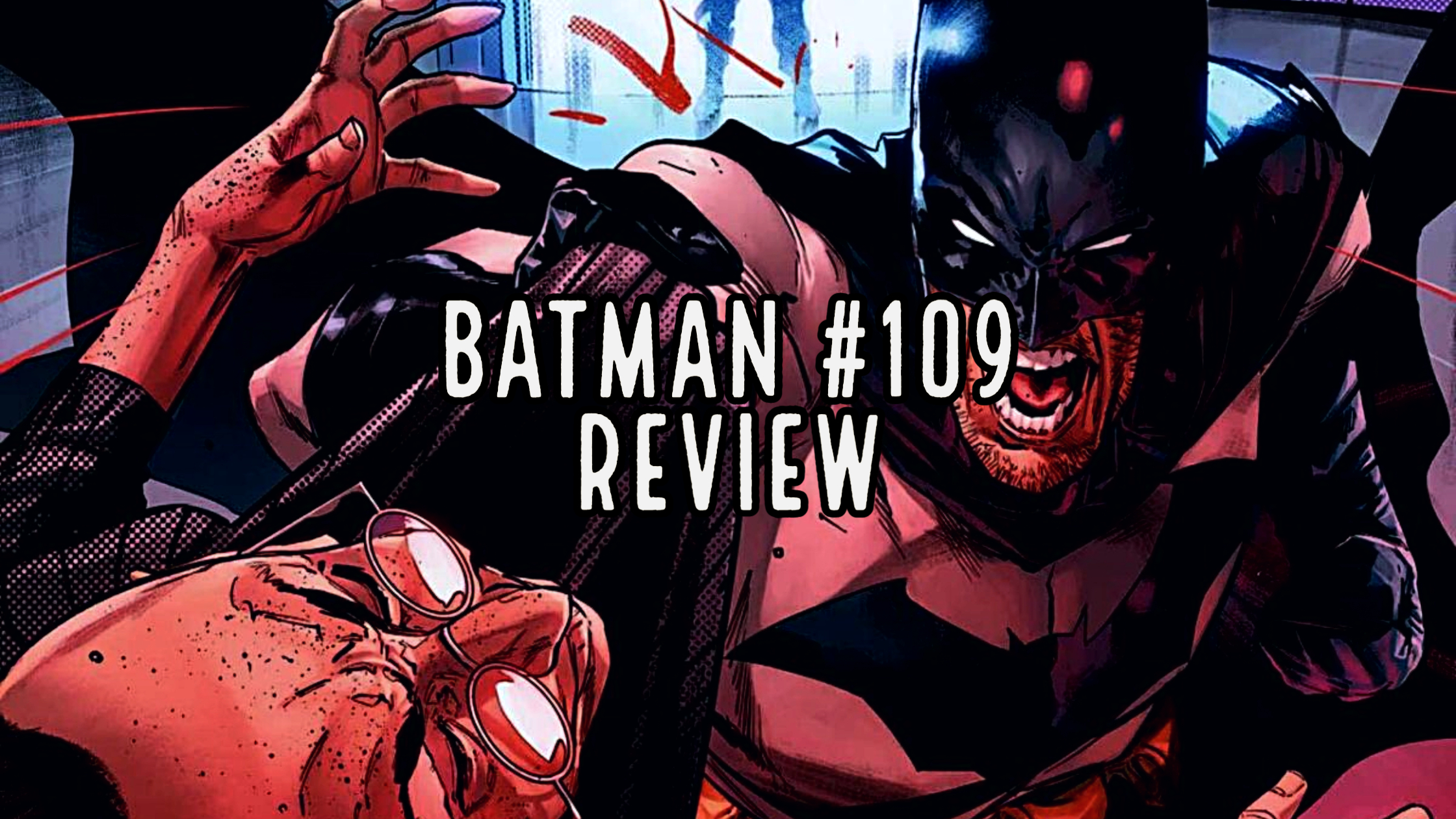 It’s been quite a few years since I picked up a Batman comic from my local comic book store. In many respects issue 109, from writer James Tynion, was probably not the best place to begin my re-entry into the world of the Dark Knight. It doesn’t help that this is the fourth part of a larger story, but I am introduced to at least three fairly major characters and, quite frankly, I’ve no clue who they are. A quick internet search filled me in on what I needed to know however, so even without the rest of the story that precedes this issue, there is no need to be kept in the dark.

The events that take place within Batman #109 created more than enough intrigue for this thirty-year Batman fan that it is a testament to Tynion’s writing that I was interested enough to even do said internet search. The Ghost-Maker character, created as a twisted mirror image to Batman himself it seems, certainly has a lot of potential to go either way as hero or villain.

The artwork in the primary story, part four of “The Cowardly Lot”, is fantastic. At one point, on page 16, artist Jorge Jimenez invokes the spirit of the late, great, Norm Breyfogle, which is always a plus in my book.

The artwork for the secondary story, chapter three of “Ghost-Maker”, while perfectly fine, didn’t really excite me in the same way and I felt it was a bit too cartoony for a Batman comic. It would be much more suited to something like Scott Pilgrim in my personal opinion. Even so, the writing by Tynion rises above it enough to make me want to go a little deeper into his work.