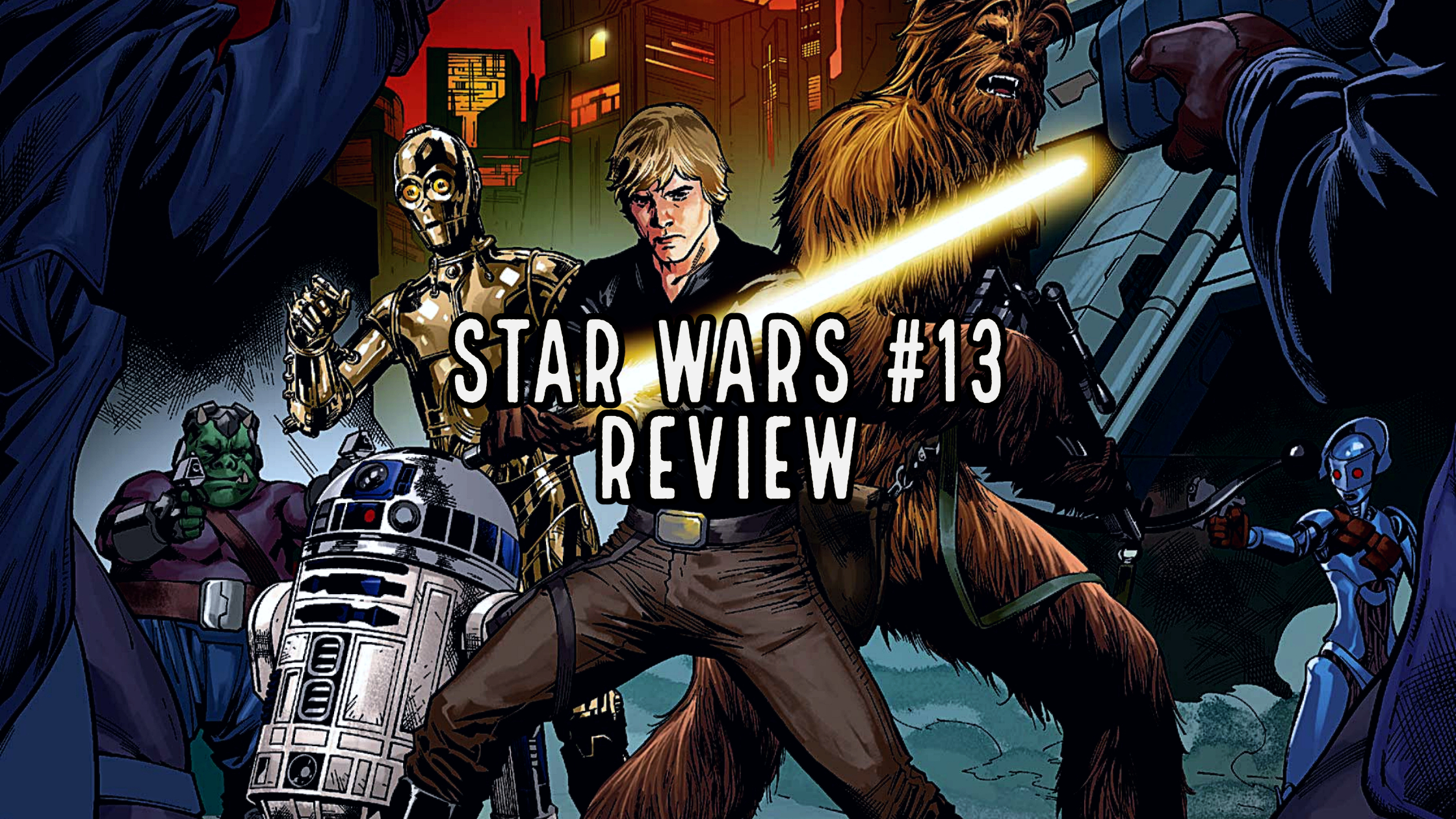 After a string of great quality issues concentrating mainly on the wider cast (both old and new) of Marvel’s main line Star Wars comic, Charles Soule brings the focus squarely back on Luke Skywalker for this, one of the first issues of the epic, 34 part (yes, 34 parts – count them!) crossover event, War of the Bounty Hunters.

In having Luke, Chewie, C-3PO and R2-D2 follow a lead on the whereabouts of the recently carbonite-encased Han Solo (and, of course, his captor Boba Fett), Soule explores the shifty, seedy underbelly of the Star Wars universe for the first time in his run and he handles it brilliantly, whilst also giving us further insight into Luke’s growth as a Jedi. This has been well earnt since some of the very first panels of #1, which saw Luke a broken man following the events of Episode V, and Soule is deftly bridging the gap between the naïve and inexperienced young man in the earlier parts of the original trilogy, and the powerful, fully-fledged Jedi who strides into Jabba’s palace in Episode VI.

While all this means Soule has a big job on his hands, he does it skilfully, and has fun doing so – the issue is action-packed thanks to a frenetic showdown with gangsters on the smuggler moon of Nar Shaddaa and comic relief comes in the form of some classic C-3PO wittering.

Spanish artist Ramon Rosanas has been drawing this book for a good few issues now and handles the action sequences confidently, bringing a real sense of movement and chaos to each panel. His style is much more classic comic than the more cinematic approach taken by some of the artists that have graced the pages of the Star Wars since 2015 – his C-3PO and R2-D2 especially look as though they’ve been ripped straight out of the pages of the original Marvel years – and this works perfectly for this somewhat madcap caper.

While this is not technically the first issue in the War of the Bounty Hunters event (that honour goes to the one-shot War of the Bounty Hunters Alpha), Star Wars #13 is an ideal jumping on point, not just for the crossover, but for Soule’s run on the main line title – all key plot points from the previous issues are quickly recapped and the story here feels standalone, like an episode lifted from the life of Luke Skywalker, whilst also acting as a tantalising set up of what is to come. Anybody who has been sleeping on this book since it relaunched should take the opportunity to pick this issue up while it’s still on the shelves.