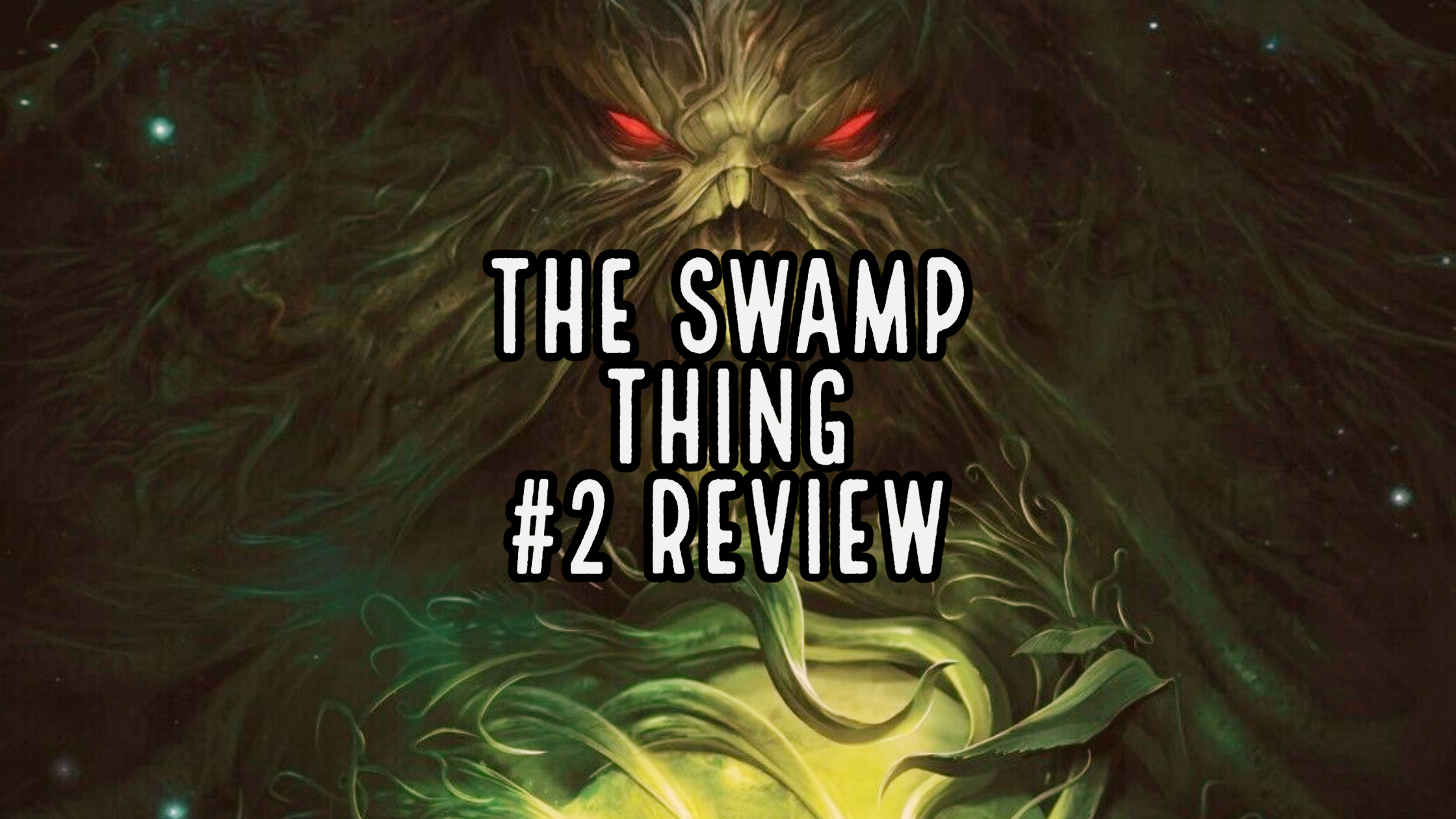 
‘Becoming, Part 2’ arrives with a cover showing us Levi Kamei, mid-transformation, full of cosmic horror and faced with his dark desert counterpart. It’s a dramatic image which sets the tone for what awaits us within.

We rejoin Levi in the aftermath of his first jarring encounter with the Pale Wanderer.
Counter to the oft-used secret identity, he shares his seemingly insane experiences with his friend, Jennifer. He is then drawn into a horrifying sequence of ‘lessons’ back out in the Sonoran Desert; the Pale Wanderer his unlikely and unwelcome mentor. This
happens over the course of yet another spectacular title spread, the first issue having
treated us to a similarly impressive title page.

Through the course of this issue, we learn more of Levi’s past, see that he is being
surveilled, and revisit the Arizona sheriff as he tries to process his unbelievable encounter. All of this precedes an epic showdown between Swamp Thing and the Wanderer, who might well prove to be two sides of an ancient coin. We’re given further mysteries to unravel and even a brief cameo from a very well known DC hero.

If it’s not already clear, the creative team have done a wonderful job on this issue. Ram V’s writing is again, superb. Supported ably by the quality lettering of Aditya Bidikar, Ram V’s grasp of plotting and character development shine through, giving us countless memorable moments drenched in atmosphere and enigma.

The visual identity of this title is already so strong, with the team of Mike Perkins and Mike Spicer ensuring that every page is a treat. While each scene has its own distinct feel, there is no doubt that they exist as part of a cohesive whole.

The Swamp Thing #2 shows us a creative team in synch and using their talents to great effect. It’s the sort of comic that rewards return visits; revealing fine details or hints that the reader might have missed the first time. It’s clear that the pebble cast into the pond by events in these early issues will generate some pretty big ripples. Bring on issue 3!
(Recommended for ages 13+)

Pre-order of the Week – Dark Crisis: The Deadly Green #1