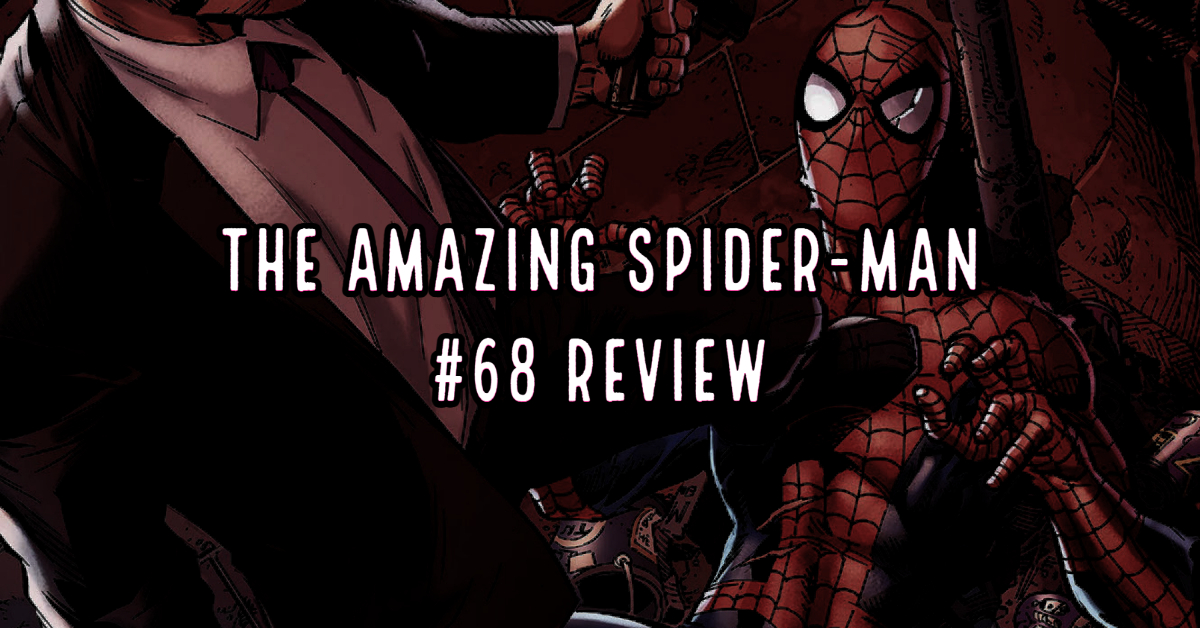 The latest instalment of Nick Spencer’s Spiderman run is a real treat for die-hard Spidey fans. The story is exciting and the artists (for the most part) provide excellent work to bring said story to life.

This is the second part of the “chameleon conspiracy” so I wouldn’t advise readers to begin catching up on Spider-man with this issue, but if you’re a regular then this issue is better than its predecessor by a long shot. Spencer continues a few of the plot threads from the previous issues like Betty Brant’s pregnancy and Teresa Parker’s run in with the chameleon and the finisher(?). The finisher being the man that was sent to assassinate Richard and Mary Parker, succeeded but died in the process, or so we thought. It makes for an intriguing mystery that I for one am seriously interested In solving.

The artwork in this section done by Marcelo Ferreira is probably the weakest in the book, he also does a page or two of the peter/Betty plot line in which some very…. interesting facial expressions are depicted. The rest of the art for the Peter/Betty segment however, pencilled by Carlos Gómez looks great, particularly the hobgoblin splash page. And the reveal of (the real???) Ned Leeds was a surprise for sure!

The main chunk of the issue is a continuation of the clairvoyant plot that has been running for about 30 issues now which has taken centre stage in the past couple of issues, it follows Peter’s ESU partner, Jamie as he attempts to capture a device called the catalyst which will power another clairvoyant that villains Chance and the foreigner are blackmailing him to create. As the heist inside ESU begins in this issue, a welcome appearance from one of the most obscure spider-man villains is made. Slyde! Who made his first (and one of his only appearances) way back in AMS #272. The artwork in this portion, pencilled by ZÉ Carlos, is the best in the book, it looks youthful, fresh and electric. With plenty of poster worthy pin-ups. Of Spidey.

The issue wraps up with Spidey’s intervention in the heist being intercepted by Chance, foreigner and their pumpkin minions. After the main story, we get another tease for this summers upcoming Spidey event, sinister war. This issues back up portrays doc ock recruiting sandman with stellar as usual art by Mark Bagely. Building further anticipation for kindred final assault on our beloved hero.

All in all, this issue is great, one of Spencer’s best issues since Ryan Ottley’s departure. Definitely a solid pick up with stellar art.