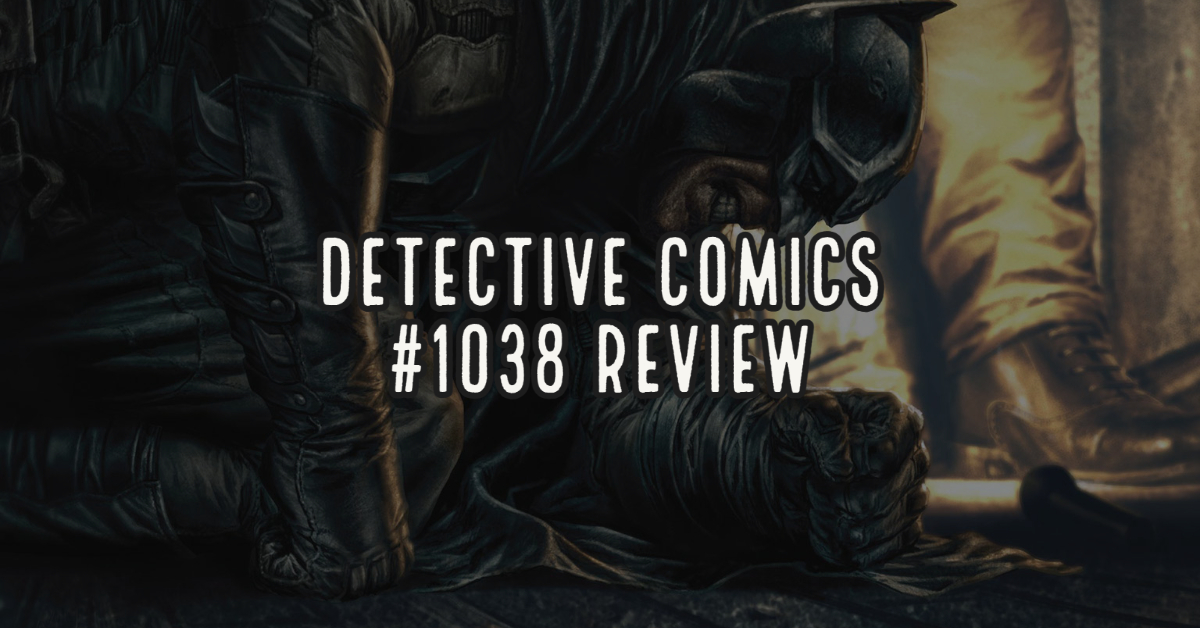 Writers: Mariko Tamaki (“The Neigborhood Part 5”) and Meghan Fitzmartin (“March of the Penguin”).

Art: Viktor Bogdanovic and Daniel Henriques (“The Neighborhood Part 5”), with Karl Mostert (“March of the Penguin”).

Letters: Aditya Bidikar (“The Neighborhood Part 5”) and Rob Leigh (“March of the Penguin”)

The Neigborhood Part 5 sees Batman battling Mr Worth in the sewers beneath the city streets of Gotham. It is the perfect setting for their showdown given the themes that were explored in the previous issue. Everything that is wrong with Gotham is represented by these two men, whose struggle now rocks the city at its foundations, threatening to bring it crashing down on top of them.

The artwork by Viktor Bogdanovic depicts the two men as titans, though I feel, excessively so in the case of Mr Worth. This guy looks like he’d make Bane appear modest in size.

I’m still enjoying the mystery that writer, Mariko Tamaki, manages to convey, particularly in regard to the character of Hue Vile, who has yet to reveal just precisely who/what he is and what his endgame might be. However, I do feel that Tamaki’s writing gets a bit choppy at one point, with Mr Worth seemingly having given up the fight with Batman, only to announce to the world that he still wants him dead. It leaves me wondering if there was a page torn out with a missing scene on it.

Reporter Debbie Donovan finds herself in hot water by the end of this issue. As I expressed in my review for Detective Comics #1037, she is a character that has grown on me, so I’m really routing for Batman to save her come issue #1039.

Huntress is a bit lost in this one, like Tamaki didn’t quite know what to do with her, while Batman is off fighting Mr Worth. She gets to save a cyclist, leading to a humorous exchange between the two, but it’s a scene that could have been cut without having any impact on the overall narrative.

Fans of The Penguin will be pleased to know that the nefarious birdman is starting to rear up as a key player in this story. Again, it’s not exactly clear how he’s going to figure in to the plans of Hue Vile, but he will undoubtedly have his own agenda.

Cobblepot is a survivor. He changes and adapts to the times, which means that, while he’s never quite top dog he always manages to hold a seat at the table of the criminal underworld. This is highlighted in the short story, “March of the Penguin”, by Meghan Fitzmartin, which reminds us that, while Oswald Cobblepot is quite easy to laugh at, he is also quite easy to underestimate. Because of this, it is impossible to predict just how the character will play into the events of Tamaki’s story moving forward, which is, ultimately, what makes him an interesting character.

Writer Mariko Tamaki leaves us with more questions than answers in the fifth chapter of this highly engaging mystery thriller.