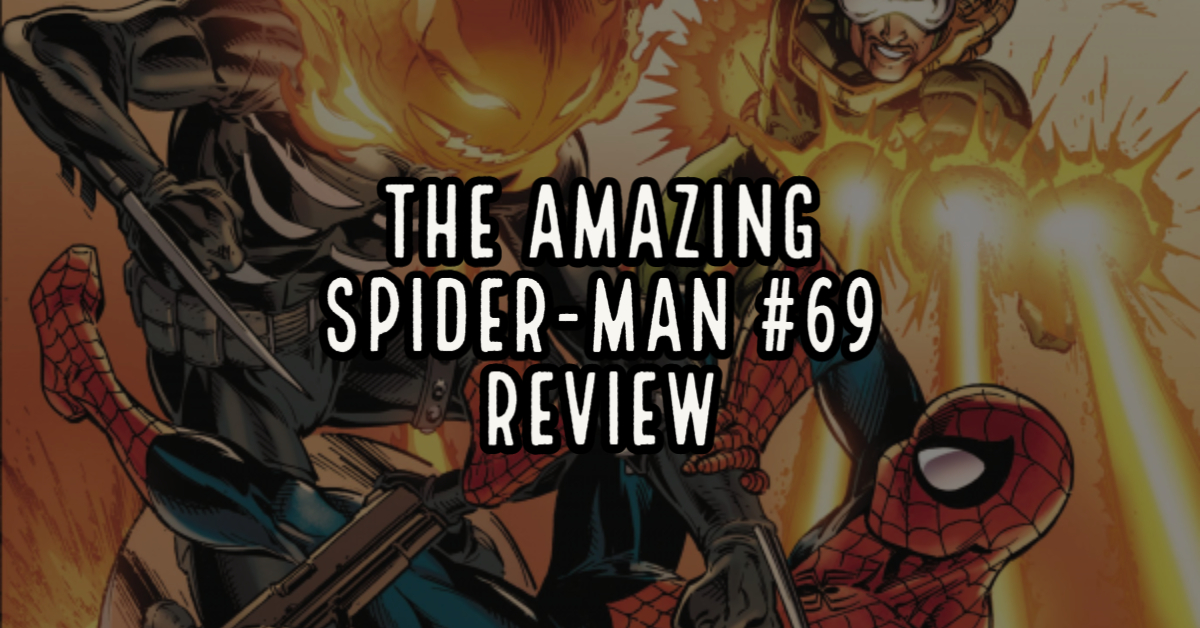 Spider-mans latest adventure is what you would expect of Nick Spencer, just more and more escalation leading up to the finale. In essence, it’s a cash grab so you can see the ad in the back for the giant sized one shot final parter, not a bad cash grab by any means, but a cash grab. The Spidey team decided to do this with the previous “kings ransom” storyline; an enjoyable story that doesn’t finish in its own book. Its a little annoying but that’s nothing to do with book itself.

The writing (scripted by spencer) is on point, witty and even funny in parts. (The smashing pumpkins joke in particular). The art shares the same rotating cast as last issue and like last issue, to varying degrees of success. Zé Carlos’ work shines especially, it reminds me of the spectacular Spider-man show in the way that it flows so nicely and feels quick and swift.

Carlos Gómez, is a great artist who is unfortunately given the most artistically boring arc of the book. Not to say that the Betty and Ned story is boring, it’s actually pretty interesting but I can’t really fathom it going anywhere except for them both leaving for some quiet place in Europe so that the two characters are taken cate of for a few years and don’t have to be brought back (granted, it would be cool if their baby turned out to be and evil , universe consuming God). The final artist, Marcelo Ferreira is very hit and miss and results in so-so  art that looks a little odd.

With almost all the negatives out of the way, the book is all in all pretty great. The most interesting plot line involving the clairvoyant features a great fight scene where Spidey actually gets his butt handed to him and the villains win. An interesting twist ensues in the form of the Jack o lanterns (along with most of the criminals in the foreigners crime filled casino) turning out to be working for the finisher. This finally ties the Theresa Parker side plot to the clairvoyants and will therefore provide us with a satisfying conclusion in “giant sized the Amazing Spider-man: the chameleon conspiracy” which is unfortunately a separate book and won’t be concluded in issue 70.

This issue was not a stand alone book. It fits perfectly into it’s story and will probably flow better once it’s collected on trade form. All in all, a solid continuation of recent issues that will be enjoyed by Spidey fans everywhere. Check it out!

Now that this fun little story is over, we will be returning to big picture, life shattering, sinister six filled action in next month’s SINISTER WAR……