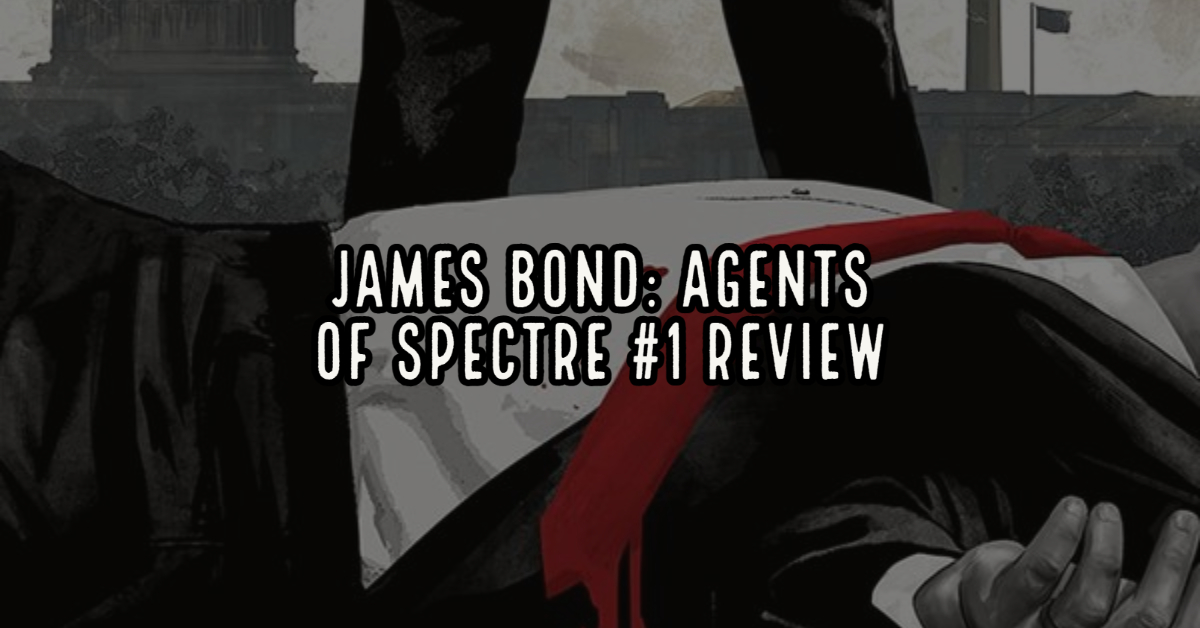 James Bond #1 is the perfect cup of tea for a James Bond fan in the long wait for No Time To Die. I myself thoroughly enjoyed this issue and it only left me wanting more to be quite honest.

The cover art by Steve Epting is one of the nicest covers I have seen in a long time, the black and white cover with the dark red blood really sets the stage for what is behind it. This is definitely one of my favorite covers recently.

The story devised by Christos Gage is utterly action-packed and you see yourself getting drawn into the issue very quickly. Christos writing is something to behold, he moves the story on at a good pace while also spending enough time to develop the story around 007. We are introduced to Blofeld in this issue, Bond is set the objective to kill him, and in doing so we are shown a beautiful montage of panels of Blofeld and Bond brawling it out. In this series Blofeld is a rather big guy who doesn’t hurt easily and the way Christos has written him adds to the level of respect Bond and Blofeld mutually have for each other, which is a different angle for the Blofeld and Bond relationship and I find rather refreshing.

Although the art style chosen by Luca Casalanguida is not my all-time favorite, and is rather sketchy artwork, it does give a refreshing break from the cartoon/animated artwork of a mainstream comic book and is far from awful. If this is your kind of art in a book, both the writing and colours compliment it very well and you will enjoy a refreshing read away from Marvel and DC.

In conclusion, James Bond: Agents of Spectre #1 is a great starting point for anyone, you don’t need to have the greatest knowledge of the James Bond world or be a massive comic fan, it reads like an Ian Fleming book and draws you in like a 007 movie and I highly recommend you pick this up.