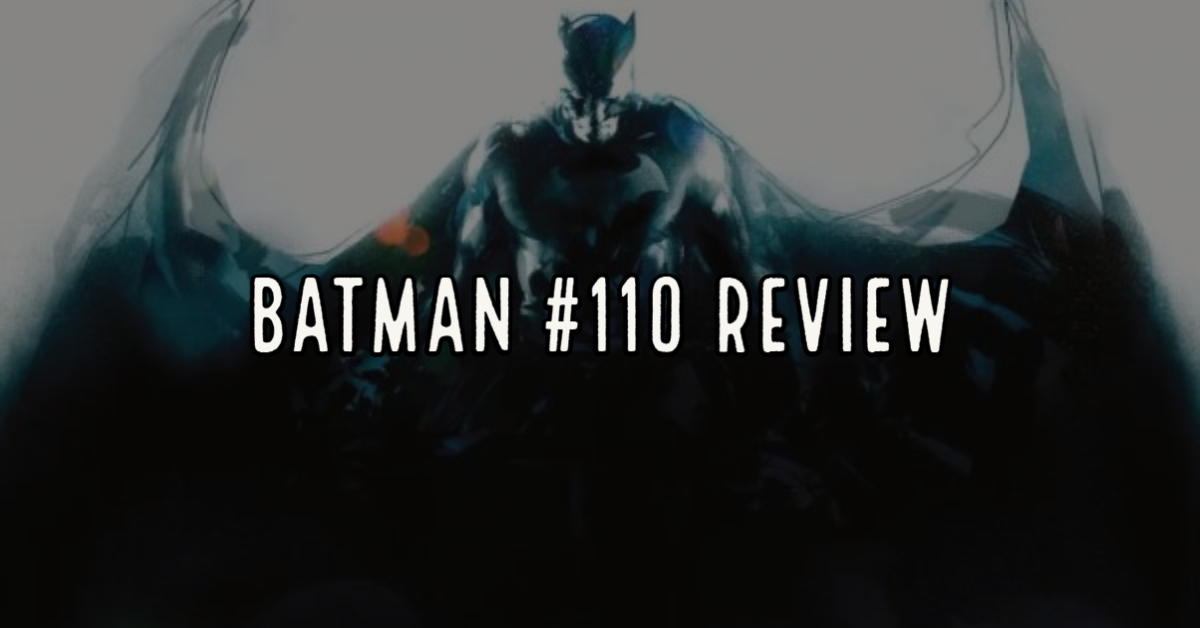 I stated in my review for the previous issue that I came into James Tynion’s story, “The Cowardly Lot”, somewhat late, but that I filled in the blanks with a quick search on the internet. Since then, I have gone back and read issue #106-#107, and I would highly recommend everyone doing the same if you haven’t already. Issue #107, in particular, really tells us who the character of Miracle Molly is, and what she stands for, in a way that makes me care for whether or not she will get out of the predicament we find her in by the end of issue #110. It also dives deep into the main themes of Tynion’s overarching story, adding more weight to events that happen in the current issue.

That theme is fear or, more to the point, societal fear. Tynion is asking, “where does that fear come from, why do we allow ourselves to be held prisoner by it and who stands to gain something from it?” The Scarecrow is obviously the perfect villain from Batman’s rogues gallery with which to explore that theme. But it’s still unclear as to where he fits into it all. Is he being used or is he the mastermind behind all that is happening in Gotham?

Then we have Simon Saint and his Peace Keeper program. Saint represents a threat that uses fear to achieve an agenda. And, while that agenda may ultimately be based on noble ideals, it’s execution reveals a complete lack of trust in the people it would supposedly serve. It is therefore no more than a vain attempt at making a play for power and control, marking Saint out as a true villain.

We have former Arkham security guard, Sean Mahoney, who takes up the frontman position of Saint’s Peace Keeper force. He represents much of what so many people today fear, particularly in the US, as their country becomes more and more divided, seemingly heading towards totalitarianism. If Gotham was to embrace Saint’s Peace Keepers then it might as well change its name to Mega City One.

The scary thing about Miracle Molly and the Unsanity Collective is that everything they say about the definitions of “sane” and “insane” and who gets to decide upon them makes for quite a convincing argument. The greatest system of control, Tynion argues, is fear and we are all caught up in it. But those who do not fear anything, such as Ghost-Maker, are labelled as psychopaths, even though, as this story shows, they might be the only ones we can count on to release us from our own prisons of fear.

These are the things I find myself thinking about as I read this issue, which is all down to the excellent story telling from Tynion. And once again I have to say that I’m really loving the artwork by Jorge Jaminez and the beautifully rich colours by Tomeu Morey.

I’m still not quite as keen on the artwork for the “Ghost-Maker” origin story, now in its fourth chapter, which kind of feels like Tynion is setting up a rogues gallery for his creation, that he can then use as a starting point, should the character get his own series. Beyond that there’s not much to complain about and I eagerly await the next issue.