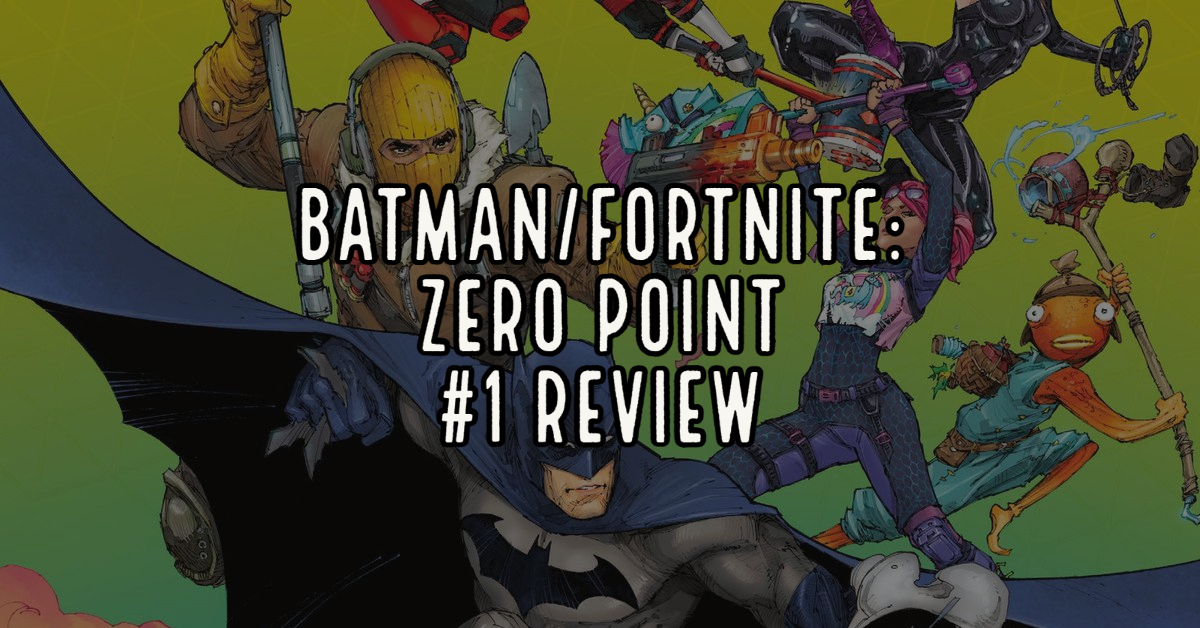 Epic Games are well known for working in crossovers and mashups with different areas of pop culture, having previously brought characters and elements from Star Wars, Marvel, DC and others to their game Fortnite.  To tie in with their latest in-game Batman appearance, DC launched Batman/Fortnite: Zero Point.  Aside from being a cool crossover project/event, each comic contains a unique code which allows for a free download of DC themed in-game goodies (this first being a Harley Quinn costume or ‘skin’).  If all 6 issues are purchased and redeemed, readers get the ‘Armoured Batman’ skin as an additional freebie.  All of this makes the limited run incredibly good value for money for Fortnite and DC fans.

Even were this not a factor, the comic itself has a great many things going for it.  The cover here is by Mikel Janín, whose art has graced numerous DC titles recently, not least of which have been some excellent covers on the current Action Comics arc.  This cover is immediately recognisable and sets a precedent in terms of style for the other covers to follow while also giving us a nice taster of the varied characters we are about to meet.

We open on a classic Batman scene: a dramatic rooftop meeting between Jim Gordon and Batman.  The Bat-signal in the cloudy night sky torn asunder by a strange, crackling rift.  The creators waste no time in dropping us straight into the action and within a few exciting panels, we are following Batman as he is thrust through this rift into… where?

This is one of many questions Batman faces as he wakes in this new world.  While the setting will be instantly familiar and thrilling for fans of the Fortnite game, it shows Batman in unfamiliar territory in more ways than one.  He scarcely has time to catch his breath before he is drawn into a series of seemingly random encounters.  Here we get to see Batman adapt, analyze and survive in a near literal maelstrom of chaos, despite having no memory of who he is and being unable to speak!

Christos Gage uses Batman’s inner monologue to great effect here, showing a clear understanding of what make the famous Dark Knight tick.  As we learn about this new world through Batman’s experiences, Gage cleverly introduces concepts from Fortnite which will delight fans of the game while also intriguing DC fans.  The tone of the writing is just right, and keeps us invested until the final page.

Artwork is bold, dynamic and colourful; just what is needed for this title.  The world of Fortnite is mercurial and, as such, can be hard to characterise but the art team have done a great job of nailing the style of both the game and the featured DC characters.

‘Zero Point’ is a title which manages to get a lot of things right when so many could have gone wrong.  While there is some definite crossover between comic fans and players of Fortnite, it would have been easy to alienate either group.  This issue has plenty to please everyone and, if you’re lucky enough to be fans of both, you get a great comic to read and some very cool stuff for your game.  A cool read for all ages.