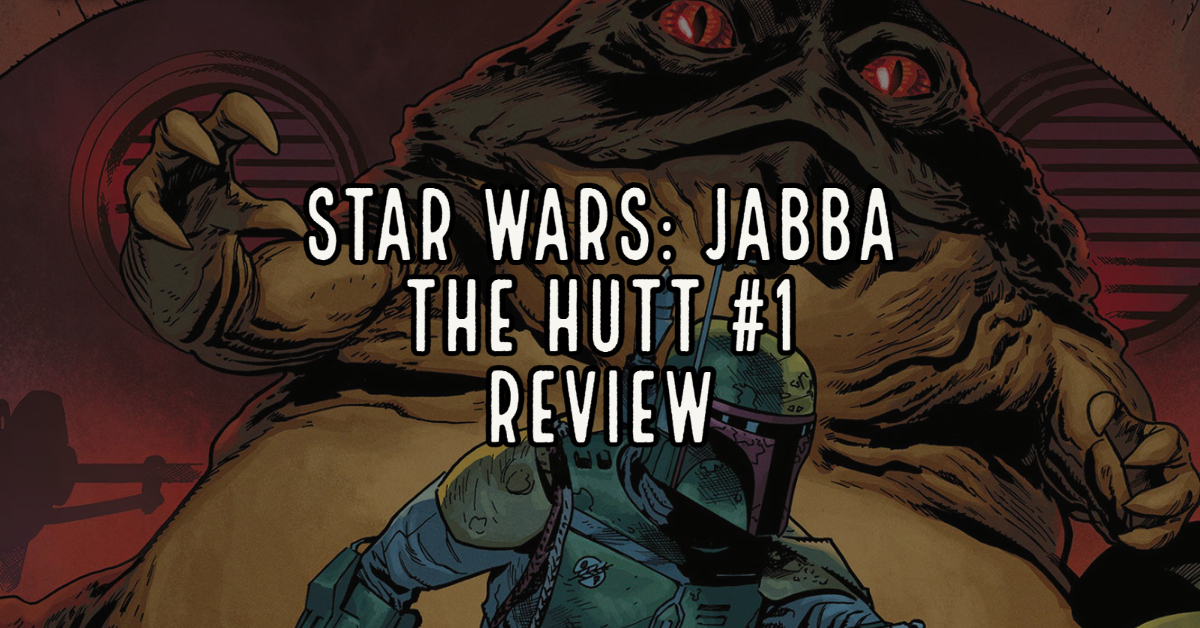 Since its launch earlier this year, The High Republic has proven to be the most exciting new Star Wars expanded universe initiative in a long time – Justina Ireland has also proven to be one its most talented contributors. Her middle-grade novel, A Test of Courage, was emotionally complex, touching, and full of the heroism and derring-do that was promised when the new era was announced. It’s fantastic then to now see her name of the front of a Marvel comic as part of an altogether different era of Star Wars.

Ireland grabs the opportunity to show her range by the horns as we see her take on the darker underbelly of the Star Wars galaxy – her approach to iconic characters like the sinister, snivelling Bib Fortuna, Boba Fett and, of course, the titular mob slug Jabba the Hutt is spot on, while her introduction of new bounty hunter, Deva Lompop, a badass, double-crossing feathered lizard woman, is impactful. She stands out as the real star of this book and is bound to do so again in her upcoming appearances in further one-shots. Any character who can effortlessly belittle a character like Boba Fett with amusing results is not to be ignored!

The approach to the plot is also skilfully handled. What initially appears to be a straightforward tale of bounty hunters on the job soon turns out to be the first hint of the back-stabbing intrigue that we could see in future instalments of the War of the Bounty Hunters event. Deva Lompop is the driving force behind this, but Ireland also shows how easily Jabba can pull the rug from under the feet of those in thrall to him – as much as Deva seems to be the sort of person who does whatever the hell they want, everything ultimately comes back to Jabba and a debt he is owed. This chink in Deva’s armour and her potential vulnerability makes her even more compelling, rather than her simply being a likeable but one-sided scoundrel.

Art is provided by Ibraim Roberson for sequences set in the main timeline of War of the Bounty Hunters, and by Luca Pizarri for flashbacks. Their styles differ enormously so the effect can be jarring when the action shifts from one timeline to another. Roberson’s lines are defined and dynamic, with every known element instantly recognisable and all new elements standing out as beautifully done. Every panel hums with detail. However, Pizarri’s art is not quite as accomplished, and a lot of the main characters are drawn in a rather odd way, Jabba especially – he resembles a giant bullfrog at points rather than the slug-like creature anyone would recognise. The proportions of Boba Fett’s distinctive helmet and armour are also a little off. That said, Pizarri’s art has a cartoonish charm of its own, which works best during the more action-oriented sequences.

One of Star Wars’ finest writers finally makes her debut at Marvel and does a stellar job in both having a lot of fun with characters we know and introducing us to one we don’t who is bound to have a bigger and bigger impact as the event continues. While the art can sometimes lack accuracy and there are no particularly interesting layouts, it’s hard to ignore the quality of the whole page panels dotted throughout that bring a sense of scale and drama to this intriguing and engaging character-driven piece.