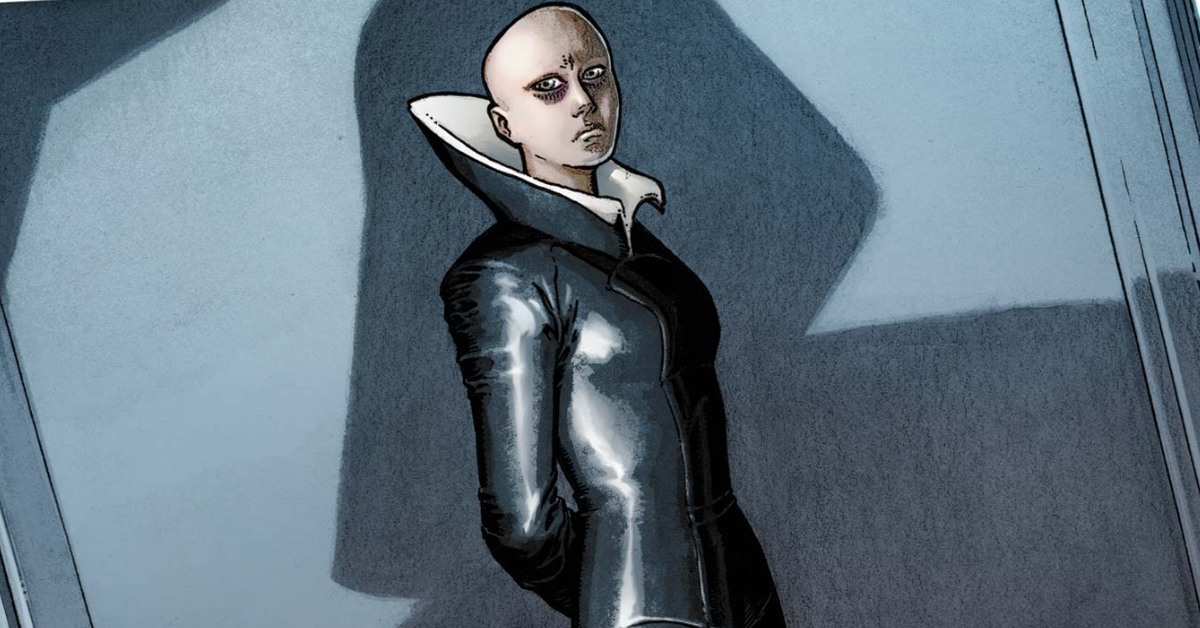 Darth Vader’s part in the so far very satisfying War of the Bounty Hunters event continues in this latest issue, with a shadowy plot from within the Empire itself finally revealed and Vader on a collision course with the rest of the major players in the crossover.

Following an unsuccessful assassination attempt on Vader, Administrator Moore returns to plotting with her council. The intrigue and conspiracy of the first half of this issue is nicely played out – Greg Pak’s dialogue is engrossing, especially in a short encounter between Moore and a suspicious Mas Amedda, which sees her get the upper hand in more ways than one. Shadows skirt around every panel and loom large in some against the muted greys and whites that make up the Empire’s favoured approach to décor. Artist Raffaele Ienco and colourist Jason Keith put every nook and cranny of each room to use, creating a foreboding sense of dread and unease.

The second half runs at an altogether different pace when Vader bursts back onto the scene, lightsaber blazing (after a brief appearance at the start of the issue). The greys are illuminated by vivid red and the imposing figure of Vader towers over it all in a couple of impressive splash pages. It speaks volumes about the true icon that Darth Vader is that he barely needs to say a word in his own comic to be the star of the show. That said, it can’t be an easy thing to do from a writing perspective and Pak handles it beautifully. He puts the right words in Vader’s mouth at the right time, and nothing more. When coupled with the imposing angles that Ienco depicts him from, the Dark Lord of the Sith remains just as terrifying as the first time he walked on screen in 1977.

As the various strands of the 34-issue tapestry that is War of the Bounty Hunters start to come together, it only gets more stunning to look at, and this issue is no exception. Seeing some of the events of issue 2 of the main mini-series from a different perspective makes for a nice touch, placing our hero (yes, we’re calling him that, it’s his comic – search your feelings, you know it to be true) right where he needs to be for the sparks to fly when the crossover truly kicks off over the coming month.