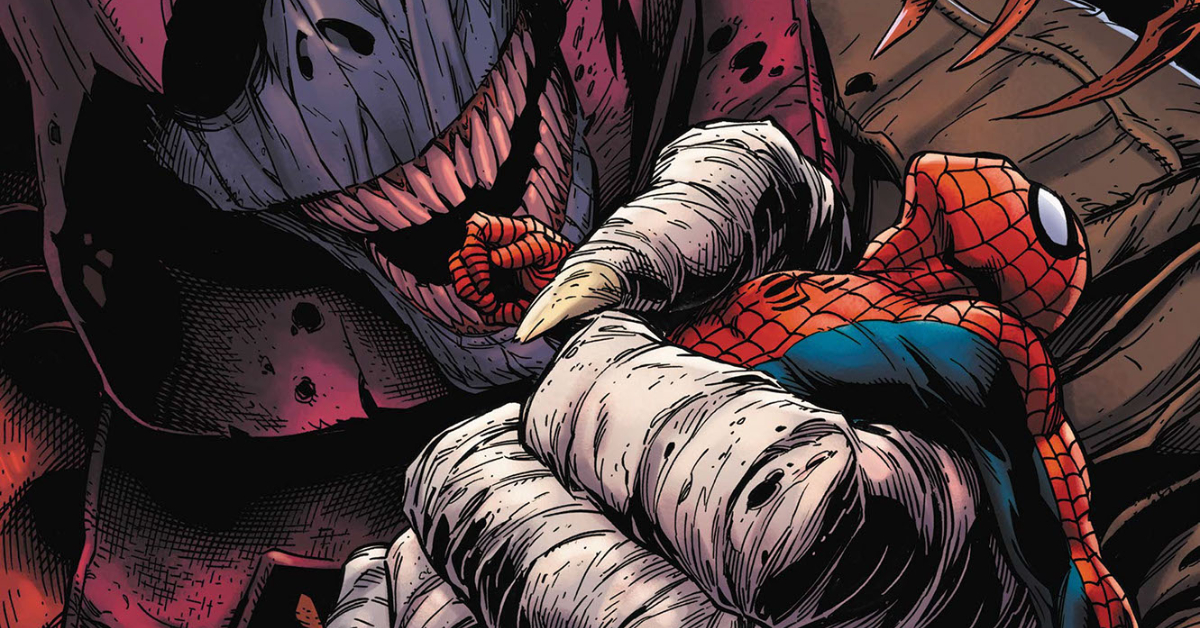 SINISTER WAR CONTINUES!!!
Nick Spencer keeps the action on max whilst also giving us some character development, and at the SAME time, keeping us on edge as we see our side plots converging into one big, three year in the making, pay off.

The art (mostly done by Federico Vicentini) has been consistently good these past couple of issues, contributing to the books speedy pace with a cartoonish yet scratchy style. We also see a newcomer in the pages of this issue, Federico Sabbatini. Their art is more kid friendly than Vicentini’s and is reminiscent of the all ages books marvel released in the late 2000’s, not bad by any means however and serves it’s purpose.

The most interesting part of the book is MJ and Mysterio taking a trip through each others history, where we get to see some nice flashback art (by Vicentini). This scene includes some ret-conning when discussing MJ’s therapy in various points of Spidey history. The section culminates in Mysterio leaving MJ in a theatre in order to fulfil his “big scene” in the sinister war. Following this, MJ is approached by Kindred and we are left on a cliff-hanger.

The other plot running throughout this issue involves Harry Osborn (not kindred) and Carlie Cooper trapped in a cell at an unknown location. In this book, the door actually opens and they exit, being confronted by an unknown person or object. Amidst all this, Kindred, hides out in an abandoned ambulance, presumably the one he died in (Which begs the question, after he died in it, did they just leave it in the street? Looks that way in the issue.)

Issue 71 of Spencer’s Spider-man is a pretty solid and exciting read. It leaves the readers on the edge of their seats in anticipation for the next part of sinister war whilst deciding to focus on the supporting cast.