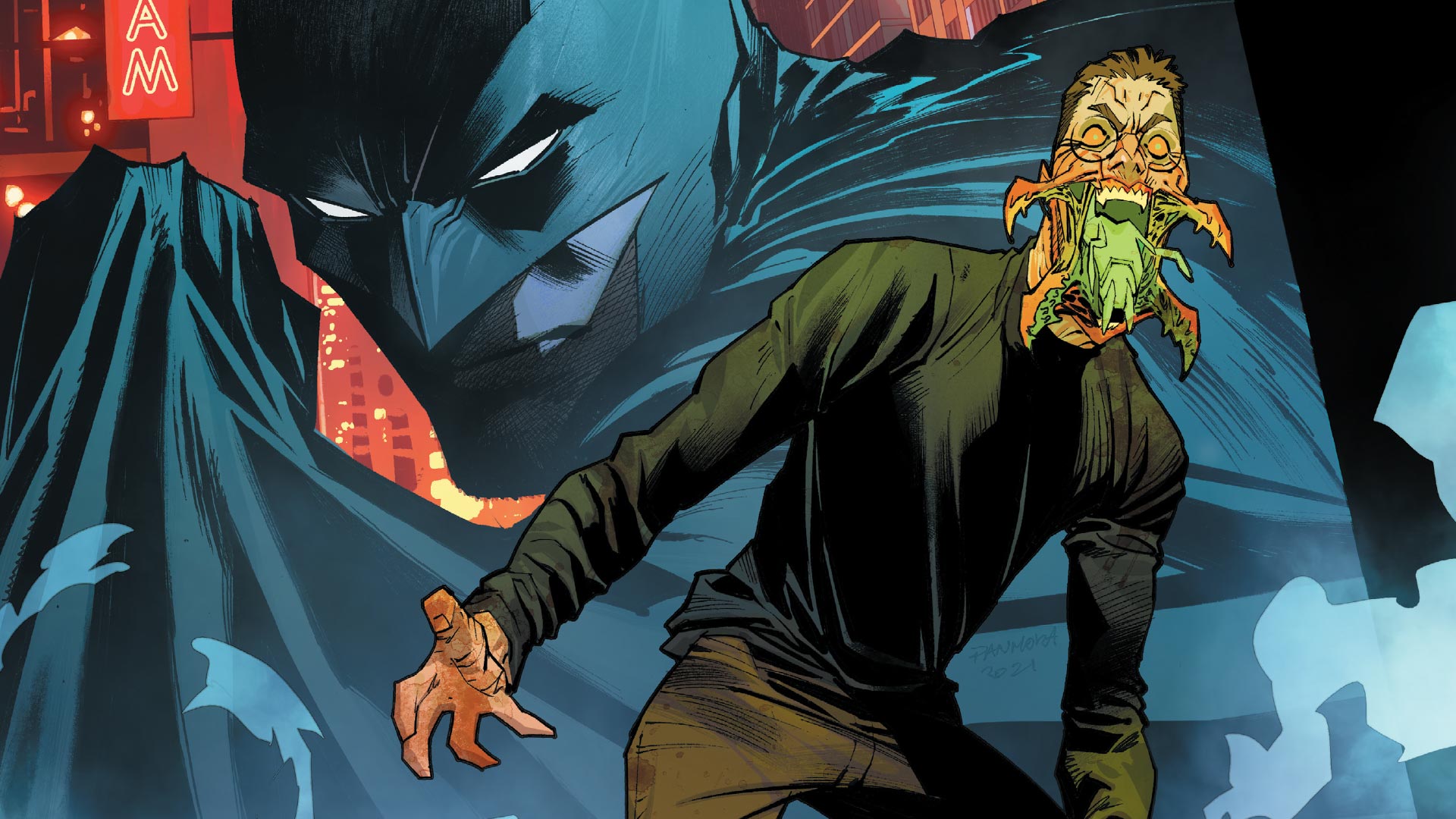 Huntress confronts Hugh Vile while Batman continues his struggle with Worth. But when Vile infects Huntress he sends her after the dark knight and the two vigilantes become locked in a deadly battle with one another.

For a story with “Finale” as its subtitle I have to say that I found it very disappointing. It just doesn’t feel like anything has been fully resolved at all. We are left with too many questions that leave you feeling frustrated. Is Vile defeated? If so, where does that leave Penguin and Worth, given they seemed to be in league with him? Where’s the logic in Bruce turning himself in, especially since Worth is still out there? After all, he’s already destroyed one police station to get at Bruce, so what would stop him from doing it again?

Then you have the infections of both Huntress and Deb Donovan, which are unsatisfyingly wrapped up with a line of dialogue from Oracle.

Not only do all of these elements suggest that this issue is not, in fact, the “finale” of the story, but also, the cover presents the tagline, “From the depths… Enter: Vile”. This suggests that things are just about to get going with regard to our main villain. But he “entered” our story a few issues ago. Perhaps such a tagline might have been more appropriate during one of those issues rather than on the “finale” of the story.

Thankfully, the artwork by Viktor Bogdanovic, and the coloring, by Jordie Bellaire, are still on excellent form.

T. Rex’s short origin story for Vile, “The Life & Times of Hugh Vile”, is a much more rewarding affair. At only ten pages, Rex doesn’t have much to work with, but manages suitably enough to convey the story of a man who has embraced his dark side thanks to the Venom-esque parasite that now lives inside him.

However, I’d rather the thirty pages of a comic book were devoted to the main story at hand. I often find that, as the main story starts to hit a stride, we are then forced to dovetail into another story altogether. I don’t think I’m a fan of this particular evolution in the medium.

Verdict:
Again, we are left with more questions than answers, making for a highly unsatisfying “finale” (if that title is to be believed) to Mariko Tamaki’s story.