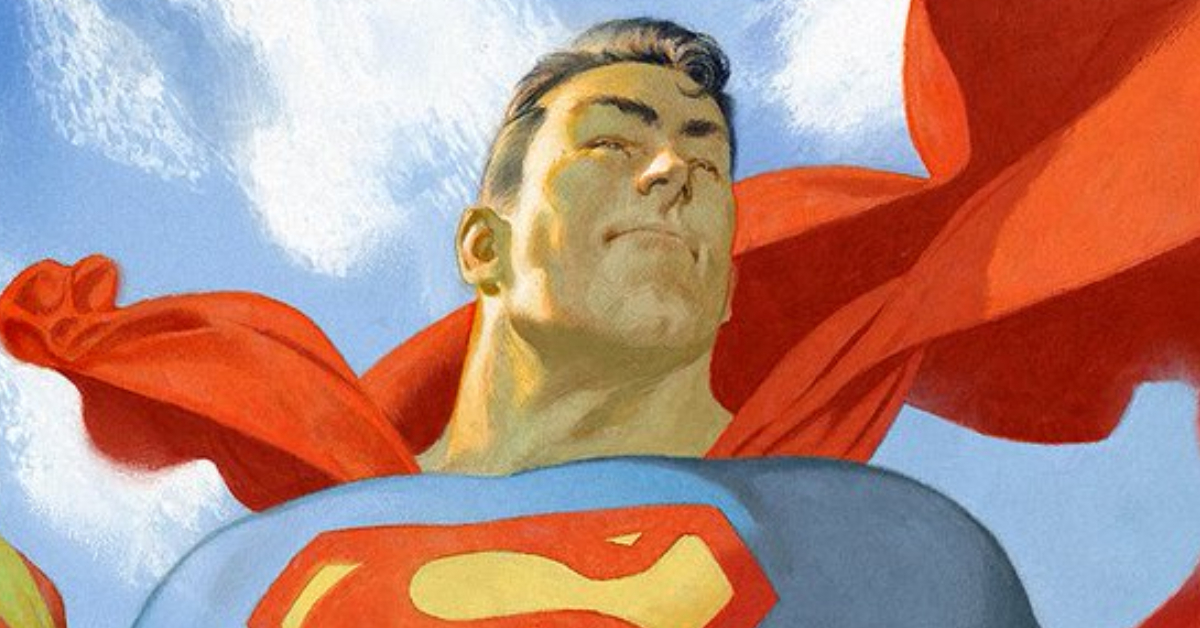 The first notable thing when picking up this issue is the new logo.  It’s been overhauled by Darran Robinson, who has done a great job of encapsulating (in his words) 82 years of history.  It’s a logo with a modern feel which still manages to echo ages past.  The cover title ‘Under Siege’ refers to some of the story to follow and pairs well with further clues reflected in the excellent cover art.

The cover is handled on this occasion by the team of Daniel Sampere (also interior artist) and Alejandro Sanchez (colours).  We have Superman in a determined pose, framed by Thao-La and a great depiction of Lois channeling strong ‘Ripley from Aliens’ vibes (foreshadowing a great scene she has later in the book).  All this is set against the backdrop of Atlantean preparations for war.  Anyone who has been reading thus far will know by now that tensions are mounting.  It’s another great cover for this run, promising a good read.

And it’s no empty promise; there’s a lot to take in during this issue, with events moving pretty quickly.  ‘Warworld Rising Part 4’ opens with scenes of espionage, as we witness two high-tech camouflaged figures infiltrate the crashed alien ship held by the Atlanteans.  It’s a really atmospheric sequence, which leads us headlong into a face-off now made considerably worse.  As the Justice League debate events and the best course of action (in itself making for some very cool pages), Jon and Lois are meanwhile trying their best to accommodate the refugee Thao-la as she struggles to adjust to her new situation.  Tensions soon escalate even further, as the surface forces of Earth and the Atlanteans teeter on the brink of war and the Warzoon attack Thao-La at the behest of Mongul and his cronies.

If this sounds like too much to take in, fear not; Phillip Kennedy Johnson has done a fine job of making sure we are never lost, instead providing us with a truly enjoyable thrill ride.  He delivers on the promises of both the cover and events of preceding issues while keeping multiple plates spinning in truly entertaining fashion.  The dialogue is superb throughout, often being highly emotive, and we are with both him and the characters every step of the way until the closing panel.

Daniel Sampere’s art is, once again, just what the book needs.  He gives us dynamic action, imposing superheroes and dark, mysterious bad guys.  He etches lines of tension into the character’s faces, and draws us further into the drama unfolding.  There are numerous occasions throughout this issue where a feeling of Sampere’s original pencils shine through, something I personally love to see, as the shading lines and contours are further enhanced by subsequent inks and colours.

And what colours they are!  Once again, Adriano Lucas treats us to hugely atmospheric palettes, always giving us a firm sense of place and expanding our levels of excitement.  The colours are bright and dynamic and support the story perfectly.

We have more excellent colours from Taki Soma as we move on to the Midnighter story in this issue.  Her choices are always fresh, and support Michael Avon Oeming’s  striking art in a hugely complimentary fashion.  The writing duo of Becky Cloonan and Michael W. Conrad have written a story which showcases the strengths of the medium.  It’s high concept and has a touch of the bizarre yet the creative team work together so well that it entertains and impresses each and every time.

The pairing of Midnighter and Mister Miracle works very well here and introduces a comedic element that plays well through their dialogue as the action unfolds.  It’s another jam packed instalment, and the creative team here ensure that every panel pops and every line engages.  This Midnighter run feels very new and fresh and serves as a great companion piece to the lead story.

Dave Sharpe letters both stories again and, as ever, his work is clean, clear and well considered.  It really makes a difference when a comic is as easy to read as it is to look at or scan over.  Thank you, Mr. Sharpe!

Everything about issue #1033 of Action Comics impresses, from cover to closing page.  We have two excellent companion titles to enjoy and are spoilt by a wealth of great art and storytelling.  It’s one of those comics which has you reading along thinking, “what happens next?” while feeling no small dose of excitement.  If you haven’t done so already, give Action Comics a try.  There’s a lot to like here.