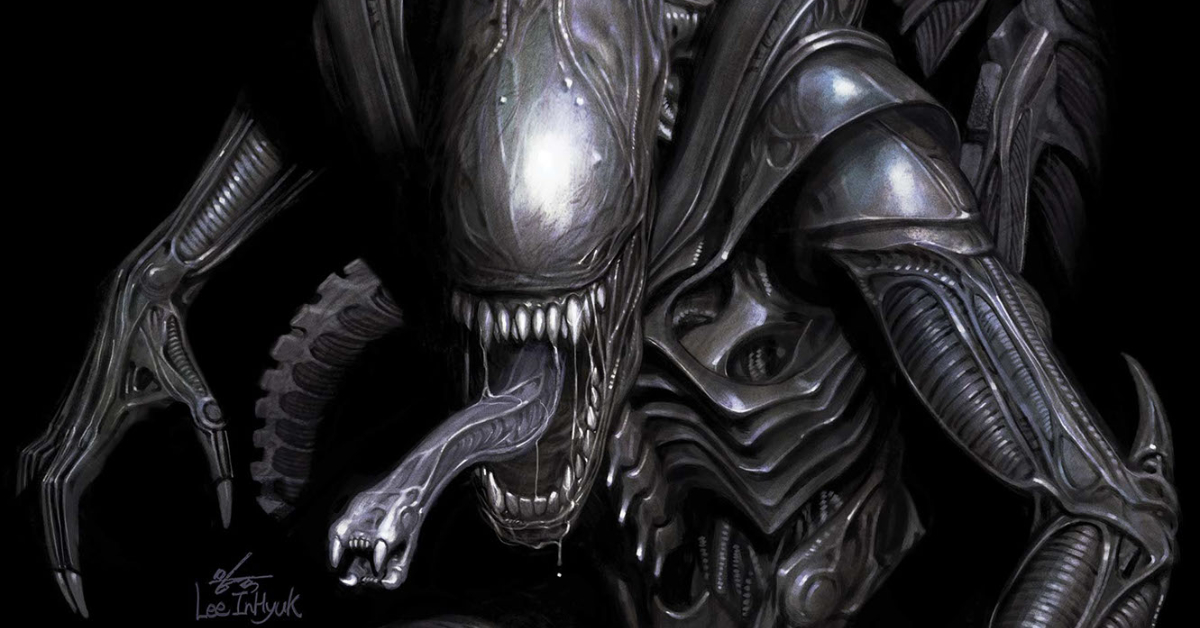 Regardless of if you have ever read the Dark Horse Aliens, any other previous Alien franchise books, or even seen the films, this new and exciting direction in the Alien franchise kicks off well in Marvel’s Alien #1.

The artwork that the Swiss born painter Hans Ruedi Giger gave us for the original films was sumptuous and visually stunning.  In the over forty years after his original creations there have been many Aliens drawn by amateurs, fans and professionals inspired by his work. Dark Horse comics had previously published some great Alien franchise comics and arguably made their name on publishing’s of Aliens, Predator, Aliens vs. Predator and Prometheus. Seeing how Marvel would run with this new series was intriguing on an artistic level alone.

Ahead of this first offering there was a little stirring of Alien comic fan interest. Tristan Jones, who provided the artwork for Dark Horse’s longstanding series accused Marvel Comics and artist Greg Land of tracing his work for the cover of the Aliens Omnibus. I wondered how would this first printing would hold up to scrutiny.

Giger the comparisons were hard to avoid and I found Larroca to be pretty average in parts.  The first two page scene didn’t need to introduce Alien imagery. The original film was so great at building the slow burn. Seeing that it was clearly tracing of action figure Aliens made the actual Aliens introduction a little disappointing. Never the less the overall art is solid and the tracings from toys, best forgotten I’d say. The good likeness to Lance Henrickson ( actor in the original films ) in the Bishop, android role is a nice addition.

Bishop is introduced as the therapist to our main character and it really helped endear me to the content as being recognizable as Alien franchise from early in the plot development. The palette by Guru-efx really is amazing. I loved it. Spot on! The choices redeem the art to some extent. It is wonderfully dark, ominous and compliments the lettering, and story with a sense of tension and foreboding

The character development and story is set out well too. Gabriel Cruz is the soon to be retired Weyland-Yutani security chief. His loyalty to the corporation has been unquestionable in his many years of service. It’s clear this tough well respected company man has made a lot of personal sacrifice to the detriment of his family and mentally evidrnced through trauma in the course of his recollections with Bishop of surviving an Alien encounter.

Shortly after retiring with an undisclosed sickness Gabe tries to mend fences with his broken relationship with his son Danny. Danny unlike his father has nothing but contempt for the agenda of the Weyland-Yutani corporation and steals a security pass from Gabe in a brief visit with him. Danny takes the security pass with his girlfriend and a bunch of terrorists to break into the Weyland-Yutani research facility. They end up finding more than they bargained for. What they find could easily be compared to a scene from the Alien Resurrection film. The bloody way they infiltrate the lab looks promising in terms of future horror art. This again bodes well as I did wonder if Marvel may tone down the horror to appeal to a wider age range and customer base.

For the fans I’m sure there will be a mixed reception given the tracings mainly. There was enough here for me to connect it with the Alien franchise and although not mind-blowing as first issues go, continued page turning is defiantly something I’d stick with. The art on A#2 RETURN TO EPSILON STATION cover really had me mulling over plot twists and I look forward to more to come.

This is a bold start to an Alien story. It has good character development and a pacey, original, intriguing plot of fright inducing promise.