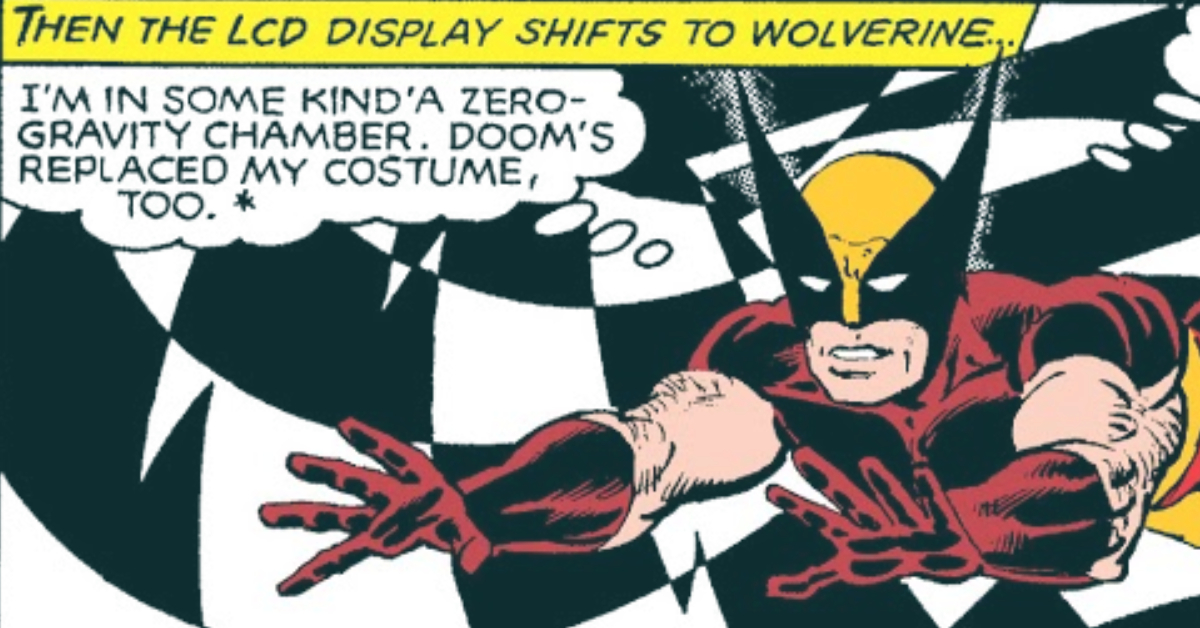 The thing about winning streaks is that inevitably, inexorably, undeniably they must, at some point come to an end.

The Uncanny X-Men #146 came just a few short months after not one but two of the most iconic, revered, and well-regarded X-Men stories of all time – The Dark Phoenix Saga (so good they filmed it twice – badly) and Days of Future Past.
Even those with the most passing knowledge of Marvel’s mutant heroes will likely have heard of these essential parts of comic book history and they, of course, form small parts of a record-breaking and essential 17 year run on X-Men by the incredible Chris Claremont. However, even the best in the business have their off days…

This issue comes slap bang in the middle of a 3 issue tale, which sees the X-Men rescuing their foe, Arcade, from the clutches of Fantastic Four big bad, Doctor Doom. An exciting premise on paper…until you remember that Arcade is involved. While his elaborate escape room antics could be seen as a precursor to horror legend Jigsaw, Arcade appears as something more akin to a Chucky doll stuffed into a white suit and polka-dot bow tie, a look which must have seemed dated even in 1981.

Even fairly recent appearances in The Amazing Spider-Man have failed to update him in a convincing way. He’s the sort of lame, ridiculous villain that the comics try to take seriously but who’s crying out for the kind of treatment DC have recently given to Polka Dot Man in the latest Suicide Squad movie – main adversary for Deadpool’s first MCU appearance anyone?

That said, while the majority of the traps that Arcade and Doom set for Banshee, Havok, Iceman and Polaris (as well as some of the more popularly known X-Men who feature briefly) are on the silly side, there are some mind-bending and borderline scary panels – one featuring a merry-go-round with living vampiric horses stands out, as well as the twisty checkerboard hell that Wolverine finds himself in. David Cockrum and Jeff Rubinstein do a solid job of conveying the terror – when the trap itself is actually in any way terrifying. Less impactful are Havok’s trip on what appears to be Space Mountain and the whole team sliding down the pipes from Charlie and the Chocolate Factory…

Special mention must be given to a panel from one of the final pages, which sees Havok…well…just take a look at that pose. Naughty boy!

Claremont certainly can’t be blamed for going for a lighter story after the earth-shattering and emotional events of what came before, but this one sadly misses the mark. What should be a fun romp turns out to be a bit of a slog, with only a few moments of levity and the occasional nightmarish panel (you decide which category that Havok one falls under!) to break up the tedium. However, that’s not to take anything away from a legendary run which will undoubtedly feature on every comic fan’s must-read list until the heat death of the universe.