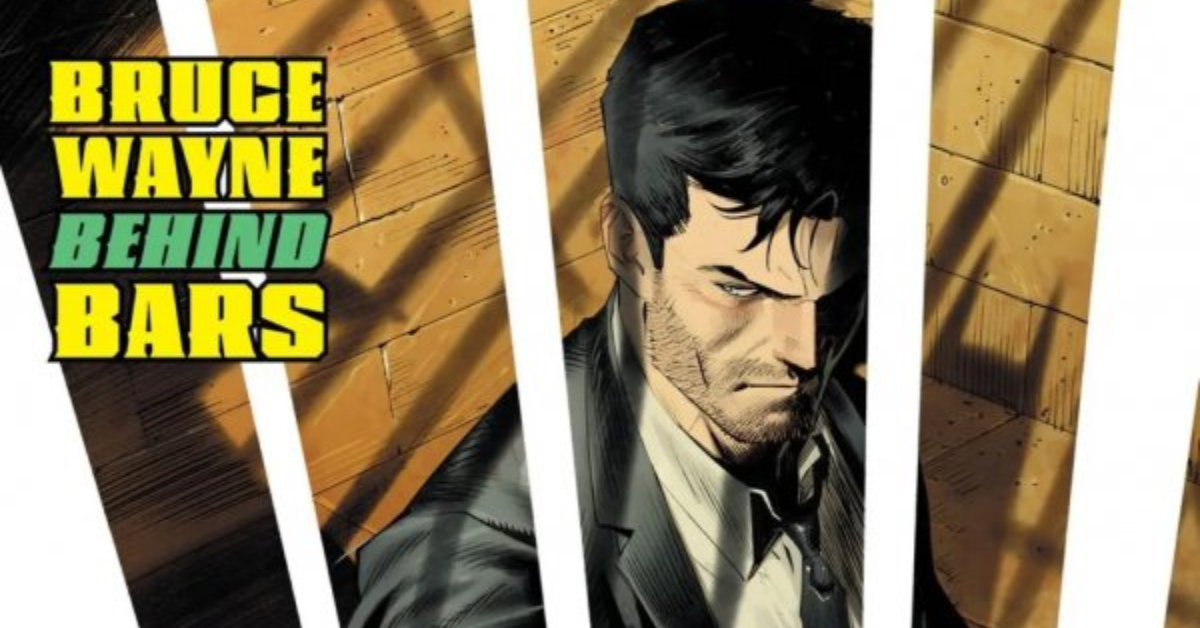 As I suspected, at the end of issue #1039, the “finale” to Mariko Tamaki’s story, “The Neighborhood”, was anything but. Hugh Vile, we are told, is still alive, leaving Penguin and Mr Worth to continue whatever scheme it was that Vile had concocted. Huntress and Deb Donovan wake up in hospital, seemingly recovered from the effects of Vile’s attacks. Meanwhile, Bruce sits in a prison cell talking to a drunken man, allowing Oracle to put the evidence together that would get him out.

All of this amounts to a mildly amusing dose of pop psychology, as Bruce’s drunken cellmate, having learned that he is Batman (something he conveniently forgets once sober), tells him that he essentially brings all the darkness and misery upon himself; that he is attracted to it. Bruce looks rather non-plussed by this revelation. Dan Mora’s art work, particularly his gift for facial expressions, body language and framing, really help in selling these exchanges. The splash page of Batman and Joker crashing through a skylight, during a flashback, is stunning and I get a kick out of seeing the 1980’s colours on their costumes.

We are told by Penguin that Vile is still alive but we don’t see him. We can only assume at this point he lies in a hospital bed under armed guard. And with Deb Donovan now fully awake and able to testify as to what happened to her, it’s unclear as to just what evidence Oracle needed to gather in order to free Bruce from custody.
The tactics that Penguin employs here also make little sense to me. He’s killed many people over the years without the perceived need to remove Batman from the equation first. And, given the level of destruction he manages to pull off at one point, it feels like a somewhat flimsy excuse for Penguin and Worth to not use all their resources to make a co-ordinated attack directly on Bruce.

‘The Quiet and Unsung Death of Kirk Langstrom’ makes a concerted effort to paint some heroic light onto the tragic character of Man-Bat. Unfortunately, it relies quite heavily on some past events from stories that I’ve never read, which means I felt a bit distant from it all. Not to mention the fact that, by now, we all know that when people die in comic books they rarely stay dead. This made it hard for me to connect in any real emotional way with Langstrom, especially given how few pages that writer, Dan Watters, had to tell his story. In that respect he did a good job given he was so restrained.

Mariko Tamaki’s ongoing story, that began with so much intrigue, now seems to hang in limbo with too much uncertainty, while Man-Bat is given a “final” send-off that struggles to resonate emotionally. The highlight is Dan Mora’s artwork.