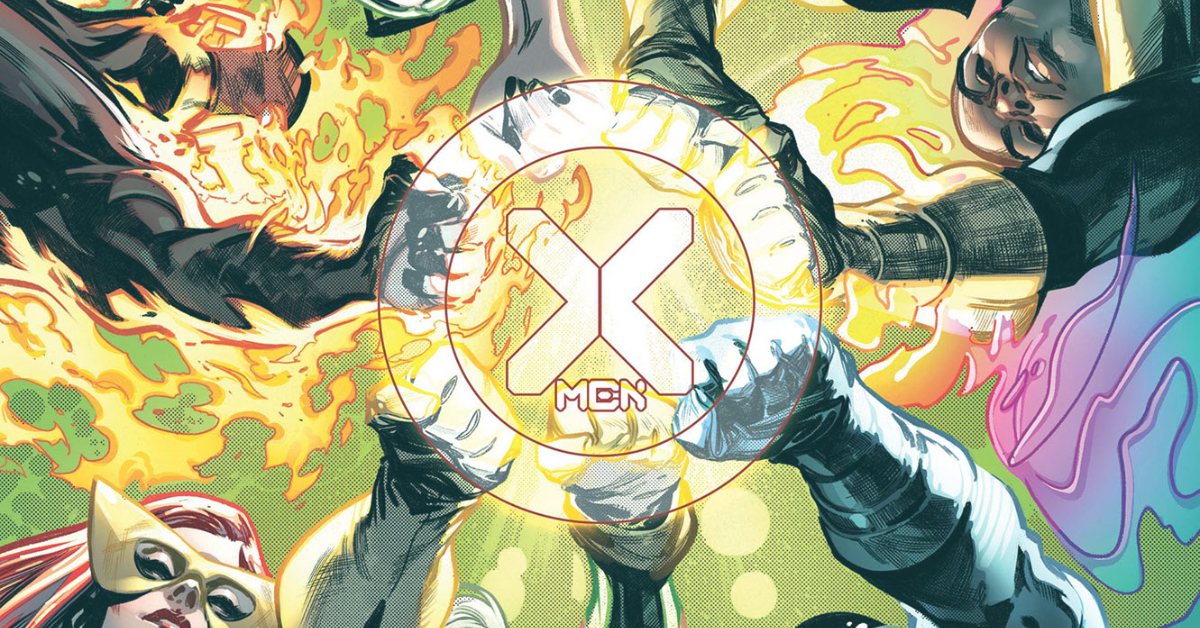 Some of the best science fiction out there is the sort that can impactfully and economically tell a completely standalone main story whilst also effectively driving forward a broader narrative arc – see Doctor Who, Space:1999 etc. This certainly seems to be the approach that Gerry Duggan is taking with his new run on X-Men so far and it’s proving to be a masterstroke.

After cutting themselves off from the rest of the world in recent times, the X-Men are back to protect humanity from a multitude of threats sent one by one by the hideous and menacing Cordyceps Jones. This ‘monster of the month’ method of storytelling is an incredibly effective way of re-establishing the X-Men as superheroes rather than a small part of a self-interested island nation and brings with it echoes of some of the best Saturday morning cartoons of years gone by. Duggan’s little slips into Stan Lee style narration only heighten the nostalgia and should leave any X-fan with the widest of grins on their faces.

The art from Pepe Larraz continues to be outstanding and fits perfectly with the heroic focus of Duggan’s narrative. Every panel leaps off the page, from the busiest, chaos-filled action scenes to the quietest, zoomed-in character moments as Larraz shows once again that he is the perfect artist to draw Marvel books. Marte Gracia’s colours are similarly accomplished – the brightest moments seem designed to make eyes pop out of sockets and the darker, understated panels give just the right level of spook to the surprising returning threat the X-Men face this time around.

While the bulk of the issue centres around the heroics of the team, its final few pages hint at a new and menacing threat, with ripples from events that took place right the way back at the beginning of ‘Head of X’ Jonathan Hickman’s tenure seemingly starting to spread. While the X books may have shifted from Dawn to Reign, it seems these two eras are not as distinct and separate as the marketing would suggest. Anyone in doubt about whether Hickman is still the master of the long game, watch this space.

The newest team of X-Men continue to cement themselves as the superheroes they should be in this second thrilling issue, which screams pure quality and class from its frankly stunning cover (if this isn’t used as the dust jacket for the inevitable omnibus, we riot) right through to its intriguing cliffhanger ending that throws right the way back to House of X; it seems consequences and new dangers are ahead for Marvel’s mutants. In short, this is exactly what a superhero comic should be.