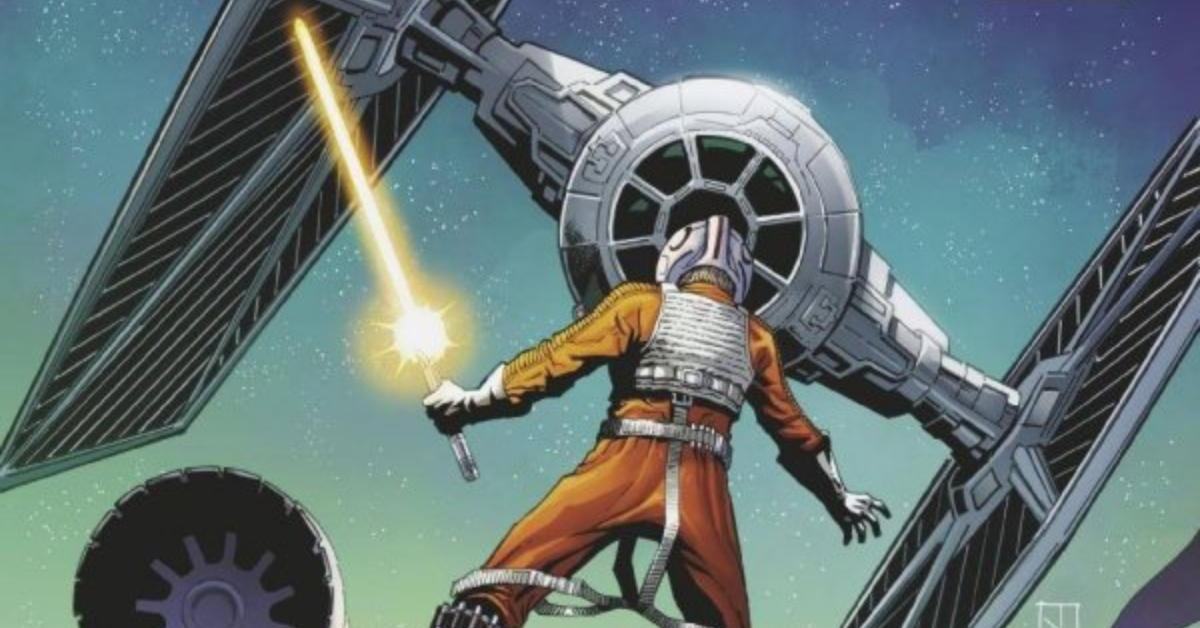 The doubt and fear that has plagued Luke Skywalker throughout this top-quality run finally comes to a head as he faces down the possibility of another showdown with Darth Vader at a crucial and climactic moment in the War of the Bounty Hunters event.

From the start of his time on Star Wars, Charles Soule has focused in on one of the key gaps that needs filling between The Empire Strikes Back and Return of the Jedi – namely, Luke’s transition from the broken, defeated young man we see at the end of Episode V to the confident, formidable, powerful Jedi we see stride into Jabba’s palace when Episode VI kicks in. Soule’s exploration of the darker side of Luke’s psyche has been delivered in flashbacks that make the iconic scenes from Empire more horrifying and devastating each time they’re revisited, and that approach continues in issue 16 to wonderful effect, delivering a pay off that adds further to the corker of a cliffhanger that closed out War of the Bounty Hunters #3.

Luke really is put through the wringer this issue, with another dog fight to contend with on top of everything going on in his head – Ramon Rosanas again delivers spectacularly on this front, conveying a real sense of movement and speed that is really needed for such an essential piece of the Star Wars puzzle. Whenever enemy ships swarm and Rosanas is the one bringing them to life, expect fantastic results.

The action also briefly shifts to the events of the second half of the latest issue of the event’s mini-series (which Soule himself recommends should be read before Star Wars #16) as we see Leia, Lando and Chewie contend with the spiralling, chaotic events at the Crimson Dawn auction. Cutting between this and Luke’s escapades makes for a pacey read, flitting between a tense stand off at the auction with our heroes watching on, Luke’s dogfight and more horrific visions across large, eye-catching panels before culminating in a devastating conclusion that shows that Luke really has reached rock bottom.

The character development that Soule has been carefully and skilfully putting together since the first page of his first issue now helps to deliver a gut punch of an issue. It should be fascinating to see where Luke goes from here and what Soule does to bring him back from the brink.