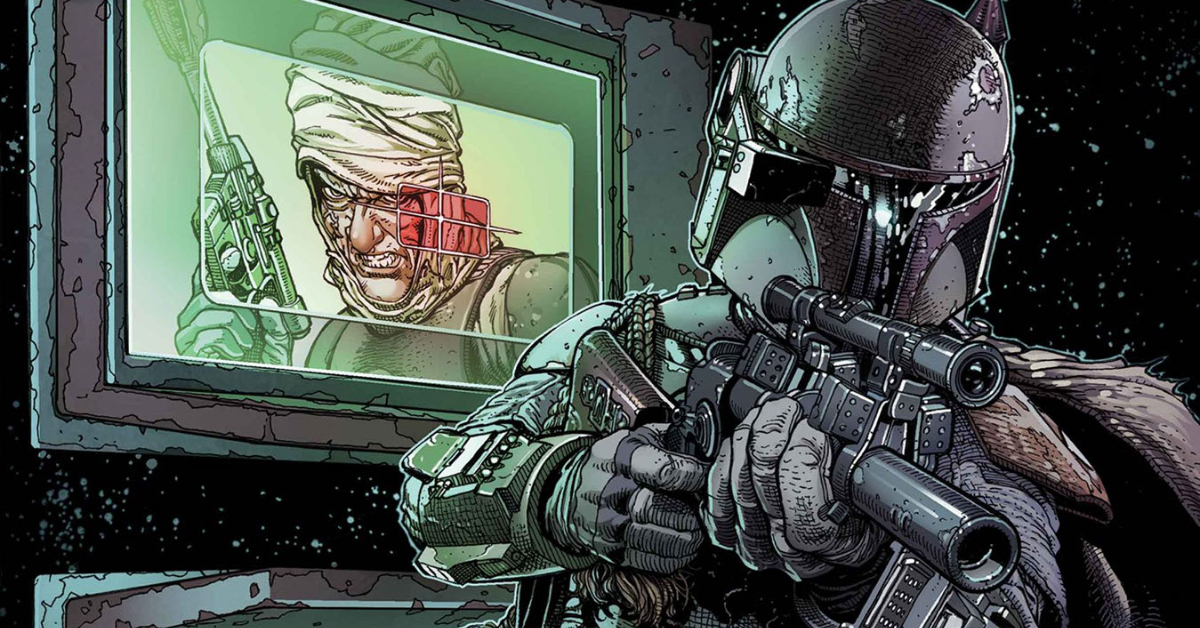 We have a saying here in Britain – ‘you wait ages for a bus and then two come along at once’. Doesn’t exactly roll off the tongue, but you get the idea. The same can be said, it seems, for unexpected but fun as hell fights in Star Wars comics, as Charles Soule and Luke Ross pack this latest issue with not one but two scraps for the ages.

Last issue saw Leia, Lando and Chewbacca almost quite literally bump into Boba Fett, teasing what promised to be one hell of an interesting collision of worlds. What follows here more than delivers on that cliffhanger, with everyone’s favourite Wookie facing up against the infamous bounty hunter. Across only a handful of panels, Ross delivers what must have been many a fan’s dream brawl for years, with Chewie egged on by a vengeful Lando.

But it’s not just the fight that makes this moment so wonderful to behold. The way Soule can write a conversation between characters who have historically been at each other’s throats that convincingly brings them on to something like the same side whilst still maintaining what makes each of those characters who they are is uniquely impressive. Amidst all the chaos that we’ve seen, not just in the mini-series but across the whole event, it’s great to be reminded in no uncertain terms of what drives Fett and nowhere is this more evident than in this brief encounter with the heroes of the Skywalker Saga.

As for the other fight…well…that’s probably best not spoiled, but fans of the myriad twists, turns and surprises that Soule has crammed into the previous two issues will not be disappointed, and what transpires across the second half makes for some of the most dynamic and impactful panels of the series so far – and that’s saying something when the quality of the art has been so high throughout. Neeraj Menon’s colour work is something really quite special that deserves to grace the pages of many more of Marvel’s titles, and its pastels and neon perfectly compliment Ross’ semi-cartoonish approach.

Like the previous two issues, Soule leaves things on a doozy of a cliffhanger, which still has real impact despite what we know about the fates of the main characters. It serves as a fitting end to a pulse-pounding, gasp-inducing third part to this story, and with the events of this issue driving the plot forward at a fair old lick, even amongst all the action, things only look likely to get more and more intense from here on out.

Soule, Ross and Menon continue to be the perfect team to put this series together. The consistency on show here proves that they were the best choice to create the core of this story. 34 parts overall is a lot and while most of the issues released so far have been excellent, there is room for bloat in such a vast project, as if often the case with such massive, all-encompassing events. This fast-paced, fun and energetic centrepiece could not be further away from such problems and represents some of the finest Star Wars storytelling on the stands right now.