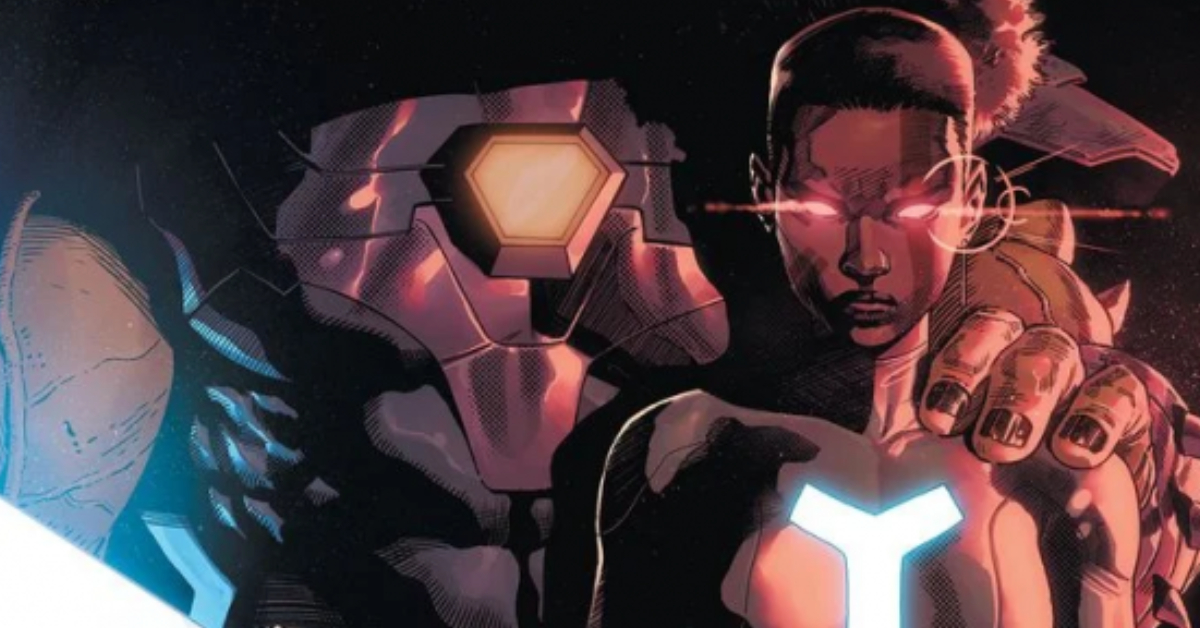 ‘Attack on the House of El!’ is the dramatic tagline emblazoned on the cover of Action Comics #1034 and it’s paired with some equally eye catching artwork from Daniel Sampere and Alejandro Sanchez. Our gaze is first drawn to a high angle shot of Superman as he makes a shocking discovery then to two figures looming large in the shadows above; Thao-La, seemingly thrall to Mongul.

For those following the story so far, this will act as a clarion call to open up and read on, as events leading to ‘Warworld Rising Part 5’ have been building up to something big. Maybe that something big is starting to happen? We pick up with Lois facing off against the Warzoon, fanatical followers of Mongul. She is joined in the fray by Thao-La, who is still trying to cast off the influence of her tormentors. Things quickly descend into chaos.

Meanwhile, Superman still seeks to resolve mounting tensions between the surface dwellers and Atlantis. His chosen actions here will no doubt have consequences in the future… What follows is a frantic return to the Fortress once Superboy, Supergirl and Superman share the joint realisation that all is not well. What unhappy fate awaits them?

This issue, while having cover art from Sampere, features a new interior artist, Christian Duce. Immediately, his work dazzles with dynamic figures depicted in hyper-kinetic scenes of battle. Paired with the always excellent eye-candy colours of Adriano Lucas, this issue is a visual feast. While Duce retains the feel of Sampere’s work on previous issues, he leaves his own mark here with panel after panel of action and excitement. At one point, we even get a double page splash which is hugely memorable and entirely ‘Superman’. Sound effects are writ large throughout and the emotional impact of Phillip Kennedy Johnson’s superb story is shown to great effect in the close shot panels. It must have been intimidating to take over from Daniel Sampere, but Duce has done so with style.

Johnson’s writing on this series has been impressive throughout, controlling pacing with an expert hand and guiding us through quick fire events with a clear sense of where he is leading us. He knows when to let the action speak for itself while also being a fine judge of just how much to build the tension and suspense. There’s always a feeling of even more things to come, which is one of the elements that can be most enjoyable when reading comics.

As we rejoin Midnighter and Miracle Man in the recursive time loop events of ‘The Passenger’, we see them busting their way through Trojan’s complex. They wise crack as they go and trade on one another’s strengths and abilities as they tackle obstacles and crazy cultists. Their dialogue is great fun to read as they move from one crazy panel to the next.

This action-packed chapter is a great showcase for the talents of the creative team to shine through. Seeing great writing come together with bold, inventive art and create a unique experience for us readers is something I always look forward to when opening a new issue of a comic. The Midnighter team really deliver some great entertainment here and the mutual respect the creators have for one another’s input is always readily apparent.

Action Comics reliably delivers two immensely enjoyable stories, both with a different feel, both equally cool. There’s page after page showing what super hero comics can offer and it will no doubt please fans both old and new. It is, once again, highly recommended. Now to look forward to both issue #1035 and the Midnighter Special, where his story concludes!