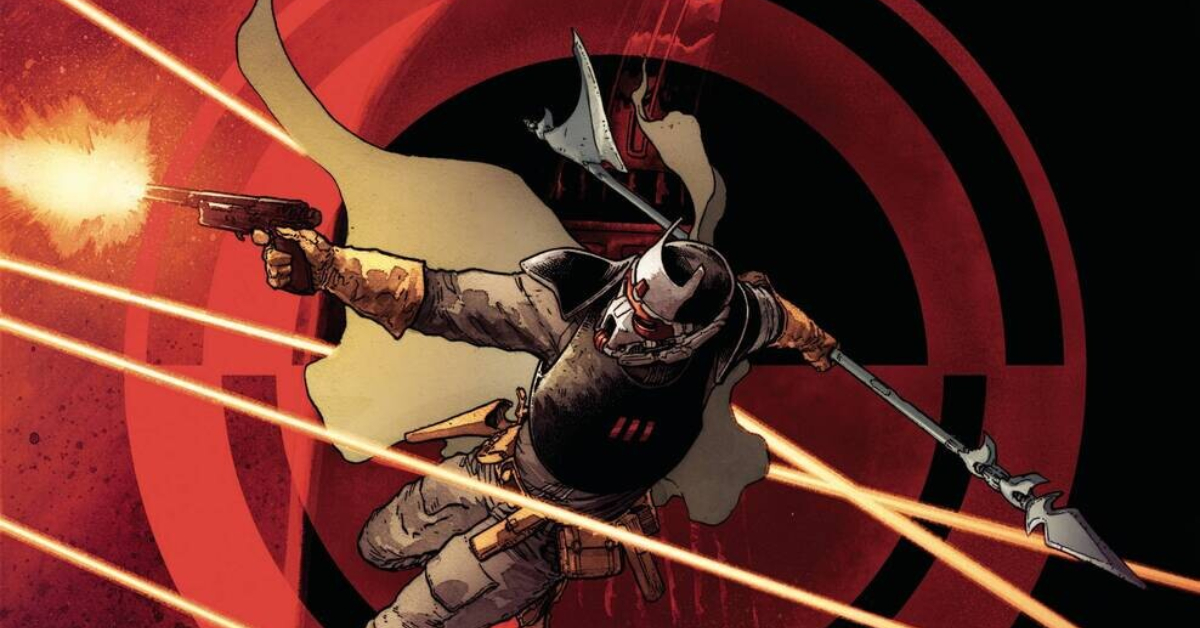 One of the bigger flaws with Disney’s expansion of the Skywalker Saga on screen with Episodes VII-IX was the feeling of everything being rushed. Many plot points that could have done with some expanding upon were introduced with very little in the way of explanation and simply brushed aside as unimportant (see ‘Somehow, Palpatine returned’). The same could be said for a number of characters who were given very little development and backstory.

While he didn’t appear in The Rise of Skywalker as a living, breathing part of the action, Ochi of Bestoon falls firmly into this category, his existence simply used as a way of progressing what little plot the film offered. What we do learn about him, a Sith devotee and the killer of Rey’s parents, is enough to make him an intriguing prospect for further investigation, something that Greg Pak has taken on and delivered brilliantly since issue 6 of his run. And now, in issue 15, Ochi gets his time to shine, as ‘The Assassin’s Choice’ sees his faith and loyalty to Vader put to the test.

Such a story requires a slight gear shift, which is a little jarring – the events here take place before those of War of the Bounty Hunters #3, which was released first. Once this slight frustration is put aside, however, what we’re left with is an issue that manages to progress the plot of the WOTBH event, at least from Vader’s perspective, whilst also serving as a fun diversion from the wider arc. Pak balances this beautifully despite the blistering pace of the issue, just as he does the interactions between Ochi and Vader. Ochi’s motormouth, almost nervous energy plays so well against Vader’s laconic terror and yet they both show the same level of skill, the same number of reasons to be feared – it’s a partnership that pays dividends, so here’s hoping that Pak doesn’t separate them any time soon. If Ochi’s fate in Episode IX is anything to go by, he’ll certainly be making waves amongst the Sith for some time to come.

Raffaele Ienco’s artwork is as solid as ever – his consistency across this run has been something to behold, as is his consistency across single issues when moving from static conversations to all out action. In a title whose two main characters both wear face covering helmets, Ienco shows incredible skill in still managing to convey a sense of each of them, lending the right emphasis to the dialogue in the reader’s mind, as if he were in fact showing the features underneath, whether it’s Vader’s stoic near silence or Ochi’s talkativeness he’s approaching. The action scenes virtually pop out of the page, giving an astonishing sense of movement to Ochi’s fighting style whilst also allowing each panel to be simple to follow and understand. So many artists can create fast, frenetic sequences that are so busy that the reader has to force themselves to slow down to take in the detail, to the detriment of the pace they are trying to convey – this is a trap that Ienco never falls into as the issue zips by with every nuance intact.

Every panel is eye-catching and the colours by Jason Keith gel wonderfully with Ienco’s lines, his use of various shades of red creating a cohesive look for the whole issue, whether Pak is progressing the plot or taking the reader into the heat of battle.

Further insight into the relationship between Darth Vader and Ochi of Bestoon is expertly mixed with high stakes action to create an issue that simply has everything, right down to the stunning final splash page that seems designed to finally cement these two characters as an unstoppable duo.