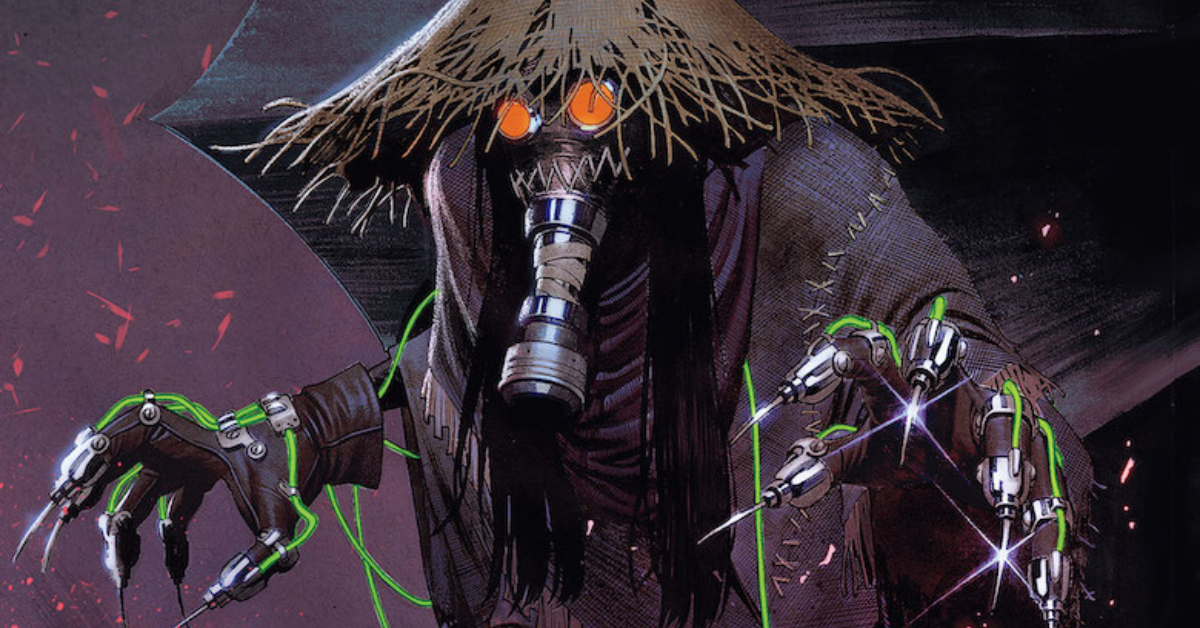 Fear State finally gets under way in the latest issue of Batman. Although, truth be told, this really doesn’t feel like the starting point of the story given that the events that take place here are merely a continuation of everything that has already been happening for the last few months. I feel a more suitable title would be “Fear State: part seven” or whatever! Regardless, it’s a cracking issue, as everything in Gotham seems to be falling apart all thanks to the Scarecrow.

Seeing Batman crippled by fear, thanks to some new technology that Scarecrow is using, is really quite unnerving. At one point, he reaches out to his allies via radio communications, almost begging for help. Several times he uses the word, “please”, as he tries to reach his team. Seeing this from Batman just feels wrong. He’s not the kind of man who begs. Ever! And yet, it only adds to what writer James Tynion is trying to achieve here in making Scarecrow a truly A-list villain, the kind who poses a genuine threat to Batman as well as Gotham City.

Peacekeeper-01 descends further down the rabbit hole of insanity, again, thanks to Scarecrow’s new technology, paving the way for what is sure to be a much more formidable foe in Peacekeeper X.

So far, Simon Saint’s bodyguard, Ricardo, has been a pretty one-note character, so I’m hoping he’s going to get a bit more fleshed out over the course of the next few issues before we are asked to accept him as a bonafide, bad-ass super-villain. Either way, he seems to be heading for a showdown with former GCPD officer, Sean Mahoney which, if handled right, has the potential to flesh out both characters, as they compete for the “honor” of being Saint’s number one lapdog.

Tomeu Morey does the colours once more for Tynion’s story and it must be said that his work is absolutely beautiful! I particularly love what he does with Poison Ivy, who is given a very limited role here, but when she’s on the page with other colorful characters, like Miracle Molly and Harley Quinn, the images really pop. Ivy is a character that has recently been hovering on the peripheries of stories running throughout the pages of Batman and Detective Comics. It’s pretty clear that her power has grown exponentially beyond anything we’ve seen from her before. It’s also clear that, due to her constant background presence, she will at some point play a major part in Fear State. Whether that is in the form of a foe or an ally remains to be seen. But right now she seems to be the biggest threat to Scarecrow’s plans and probably the safest bet in Batman defeating Jonathan Crane’s alter ego.

Fear State kicks into high gear, promising a fantastic showdown between the heroes (and anti-heroes) of Gotham and the most threatening version of Scarecrow that we’ve ever seen, thanks to the wonderful team of James Tynion IV, Jorge Jimenez and Tomeu Morey.