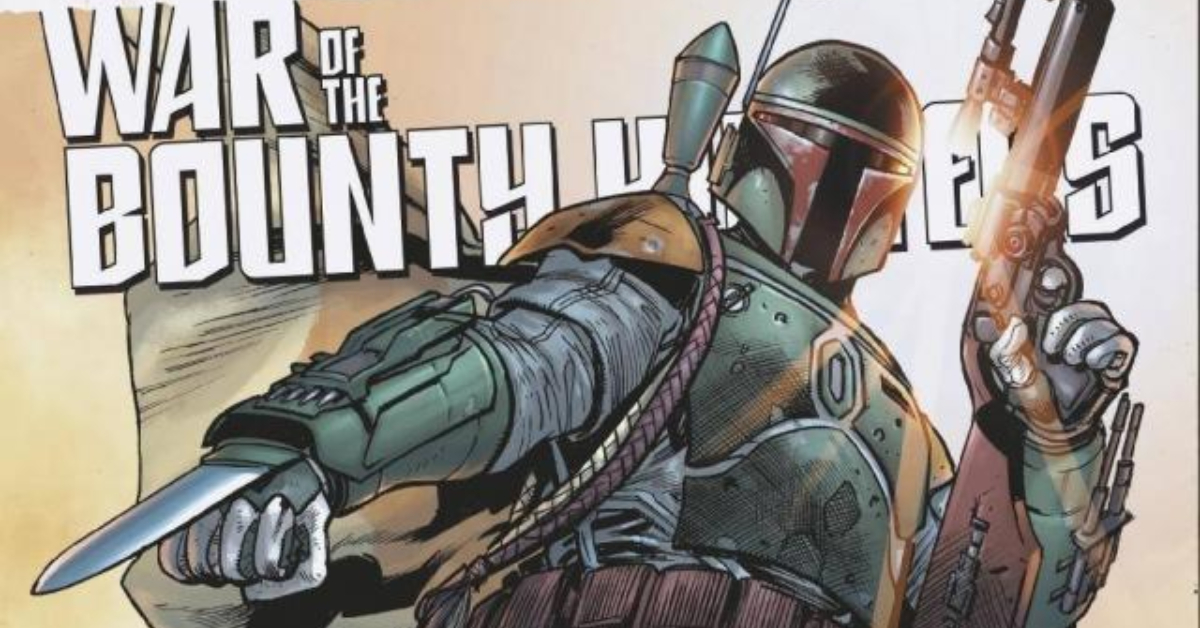 Though issues of their own title have formed part of the wider narrative of the War of the Bounty Hunters event, the main characters from the excellent Bounty Hunters series have been (mostly) conspicuous by their absence in the titular mini-series that acts as the linchpin of the 34-part narrative. That is, until now, and it was certainly worth the wait.

The focus of the series has understandably been on the heroes of The Skywalker Saga, but the ongoing story of the cyborg bounty hunter, Vallance, and his connection to Han Solo has been a truly compelling one. Finally seeing this play into a narrative which, despite not actually featuring him, is all about Han pays true dividends here. Seeing Vallance and Dengar tussle with Boba Fett is a punch-the-air moment, especially as it is depicted in the dynamic style of Luke Ross and the bright, characterful colours of Neeraj Menon. This title is where the disparate parts truly come together, not just from a narrative perspective, but visually also, as the approach to every character is brought under the umbrella of one incredibly skilled team.

Like all the best final acts of any Star Wars story, this lead-up to the conclusion jumps between sets of characters at the drop of a hat, whilst keeping the reader engaged with each thread of the events. Soule is the master of the balancing act – between swathes of characters all in different places, in altogether different situations, and between plot and pace. The plot drives forward inexorably and without any awkwardness or ham-fisted exposition, yet action and fun are still placed firmly at the forefront. This issue goes from the aftermath of the Scoundrel’s Ball to the surface of the planet Jekara, to the depths of space filled with swarms of ships in the blink of an eye without missing a beat. Soule’s impressive pacing must be a challenge for any artist, but it’s one that Ross and Menon rise to with aplomb, imbuing every distinct scene with oodles of charm.

All this flitting about leads to a corker of a final page, which sets the stage for an epic final battle as various chickens come home to roost, with major implications for the final throes of the narrative.

As the core mini-series of this massive event nears its conclusion, it’s great to finally see some more major players enter the fray as things hot up for a final showdown that’s bound to pop right off the page. After many, many issues across 5 titles, the majority of the pieces are in place thanks to Soule’s continued uncanny ability to perfectly blend plot and fast-paced action. Roll on issue 5!