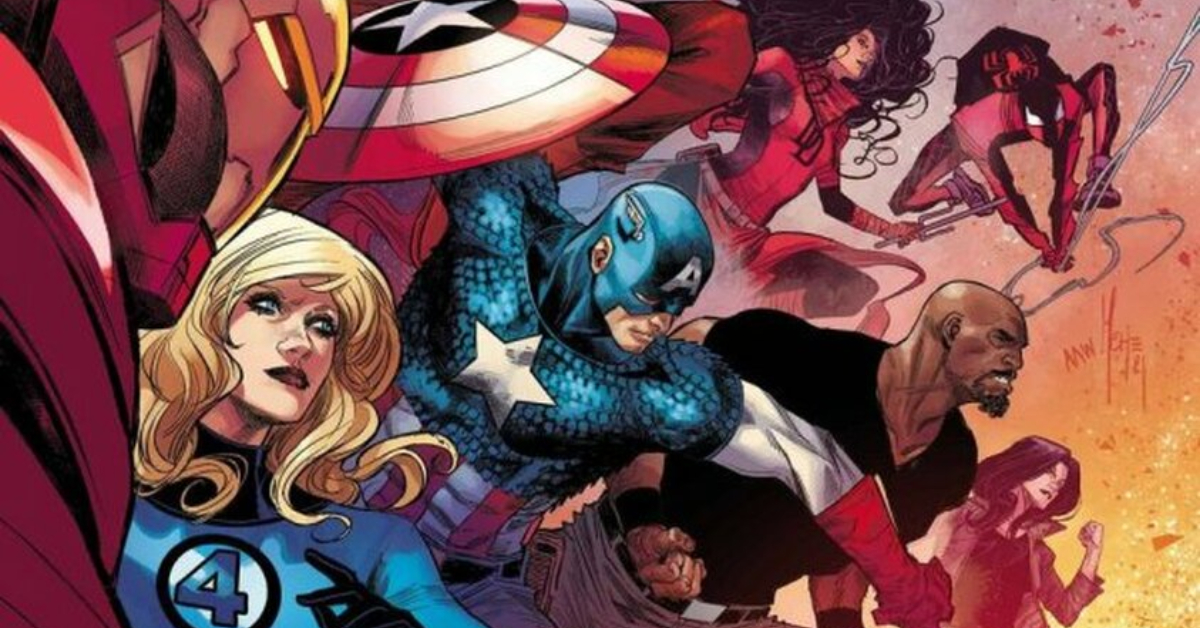 Whether you’re looking to get a head start on your Christmas shopping a little early this year, or for some exciting new comics, graphic novels or action figures to add to your collection, here at Wow Comix we have a mountain of awesome new items currently available for pre-order! We’ve put a small list together of some of our personal favourites, featuring new products from well-known publishers and brands alongside a few things you may not have seen before. So if you’re in the mood to treat yourself or a loved one but you’re not too sure where to start, keep reading for some of this winter’s hottest (or should that be coolest?) new titles and collectables!

Due to be released this December, Buffy is back as we’ve never seen her before!

Can a lone Slayer save what’s left of humanity?

Buffy Summers is the last Slayer. Now in her 50s, she wages a one woman fight against the forces of darkness, who prey on humanity in the daylight unimpeded thanks to a magical catastrophe that has nearly blotted out the sun.

The same disaster robbed Buffy of her friends and ended the Slayer-line, forcing her into an endless guerilla war. That is, until she stumbles across something she hasn’t seen in a long time – hope, in the form of a prophecy and the young girl who carries it.

The latest collected edition from the massively successful Attack On Titan manga series, this outing sees the Survey Corps trying dangerous new tactics to reclaim their land from the human-devouring Titans!

It’s never been easier to attack Attack on Titan than with these new, giant-sized 3-in-1 omnibus editions! The Survey Corps develop a risky gambit – have Eren in Titan form attempt to repair Wall Rose, reclaiming human territory from the monsters for the first time in a century. But Titan-Eren’s self-control is far from perfect, and when he goes on a rampage, not even Armin can stop him! With the survival of humanity on his massive shoulders, will Eren be able to return to his senses? This omnibus includes volumes 4-6.

Kingpin (AKA Wilson Fisk) has gone from crime boss to mayor of New York and his new-found political power (coupled with his rather large evil streak) could lead to the downfall of our favourite Marvel superheroes!

The story that’s been building for years is here! Wilson Fisk went from Kingpin to mayor of the biggest city in America and is going to bring his full criminal and political power to bear on the super heroes who call NYC home. The man who once destroyed Daredevil has set his sights on The Fantastic Four, Iron Man, Captain America, Spider-Man, Jessica Jones, Luke Cage and more. And since it’s Fisk, once he takes them all down, you know he’s going to sign it.

CROSSBONES! TASKMASTER! TYPHOID MARY! SHOCKER! WHIPLASH! RHINO! KRAVEN! Fisk has an ARMY of super villains at his command—and this is just his opening salvo. For years, Fisk has waited for his time to strike, and YOU WON’T BELIEVE the aces he’s got up his sleeves!

Celebrate the legacy of Star Wars, the action-and-adventure-packed space saga from a galaxy far, far away, with premium 3.75-inch scale figures and vehicles from Star Wars The Vintage Collection. Figures feature premium detail and design across product and packaging inspired by the original line, as well as the entertainment-inspired collector grade deco that fans have come to know and love. (Additional products each sold separately.  Subject to availability.)

A cunning warrior and Jedi Knight during the rise of the Clone Wars, Aayla fought alongside Clone Commander Bly on many exotic battlefields

Whilst on the run from galactic authorities, loveable alien Stitch finds himself mistaken for a tanuki and taken under the wing of a Samurai Warrior!

While fleeing the Galactic Federation, Stitch’s spaceship malfunctions and he makes an emergency landing… not in Hawaii, but in sengoku-era Japan! Discovered by the brutal warlord Lord Yamato and his clan, Stitch’s incomparable cuteness is no match for the battle-weary samurai, who decides to bring the “blue tanuki” home with him. Will Stitch’s love of chaos turn into a formidable advantage for the samurai’s influence? Or will his cute and fluffy form disarm the noble lord’s stern facade?

The Earth is all but done. The last remnants of humanity cling to a mountaintop island lost in endless floodwater. The Parliaments of the Green, the Red, and the Rot all agree: it’s time to wipe the slate clean and start the cycle of life over again. And to do so, they’ve united their powers to summon an avatar—one of the most horrific monsters to ever stalk the surface of this forsaken planet. Against a creature like that, there can be no fighting back…unless you have a soldier who understands the enemy. Someone who has used its tactics before. Someone like Alec Holland.

Of course, it would help if Alec Holland hadn’t been dead for decades…

Jeff Lemire—the author of the smash hits Joker: Killer Smile and The Question: The Deaths of Vic Sage, along with the graphic novel that inspired the television sensation Sweet Tooth—returns to Black Label with one of the greatest artists in modern DC history, Doug Mahnke, in tow! Together they’ll unleash a gory, gruesome monster mash, where the fate of humanity rests in the hands of someone who isn’t human at all!

Here’s one for fans of the hugely successful Disney + show, add a little mischief to your wall with this awesome Loki poster!

It’s time to embrace the true powers of Loki as you add this awesome poster to your home. Featuring the God of Mischief himself, this is sure to be the perfect way to show off your love for the future Marvel classic. Official merch.

Inspired by the infamous Star Wars Holiday Special, get into the festive spirit with Han and Chewie!

Happy LIFE DAY! Celebrate the galaxy’s favorite holiday with a collection of festive tales from all across the STAR WARS SAGA! Life Day is the last thing on HAN SOLO’S mind when he and CHEWBACCA find themselves outgunned and under fire. But Chewie won’t give up hope, remembering the lessons of Life Days past and present. As for Life Days yet to come… Well, they’ll have to survive the night first!

An ice type Pokemon perfectly suited to the coming winter season, this new addition to the Pokemon select range is a must-have!

With authentic details that make this Articuno figure look like it flew right out of the Pokémon animated series, you can pose Articuno to recreate all of your favourite moments! Gotta Catch ‘Em All! Each sold separately.

Coming in 2022, the DC Universe meets Watchmen in this colossal-sized edition of the Doomsday Clock mini-series!

NOTHING EVER REALLY ENDS. The world of Watchmen collides with the DC Universe in a story that rewrites the past, present, and future of comics!

Doomsday Clock finally gets the Absolute treatment! Dr. Manhattan, a near-omnipotent being from the Watchmen universe, has been using his powers to rewrite the DC Universe–reshaping some heroes’ histories, erasing other heroes altogether, and playing with the fates of the good and evil alike.

But why? What does a godlike being from another world stand to gain from the DC Universe? The mystery remains, but now that our heroes know they’re being toyed with,what can they do to stop it? The clock is ticking…

From Geoff Johns, Gary Frank, and Brad Anderson, the critically acclaimed team behind Shazam! and Batman: Earth One, this collection includes the full groundbreaking 12-issue miniseries.