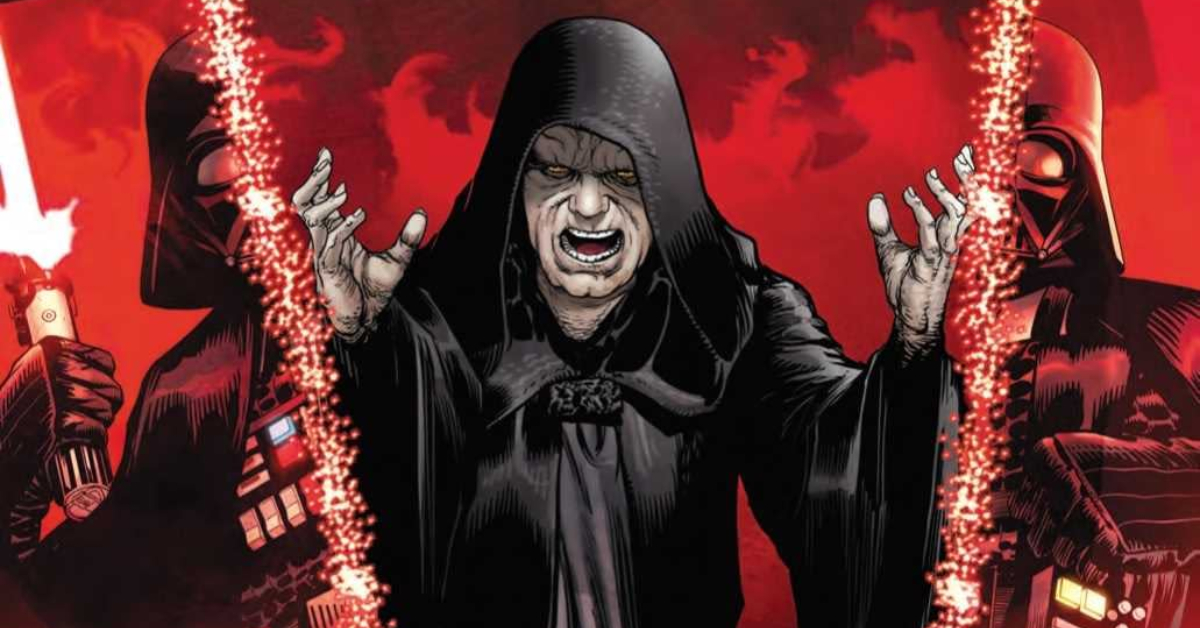 One of the biggest advantages of a major crossover event such as War of the Bounty Hunters is that stories can be told from all sides. Comic books only have so many pages that they can fill, so telling a story with an epic scope and dozens of key characters can sometimes be hampered by simply not having enough space to cover every potential aspect. This issue is a prime example of the comic book event doing what it always should, as events depicted in Darth Vader #16 run in tandem with the recently released fourth issue of the core mini-series and it makes for a thrilling aside which could not have been given adequate room to breathe had it been placed into the already very hectic main issue.

What we’re presented with is a heart in mouth, cat and mouse chase of an issue, which sees Luke feeling the hot breath of Vader’s TIE fighter down his exhaust ports once more, while a number of ongoing plot strands come together at breakneck pace. The shift between each aspect of the issue is deftly handled by Greg Pak, and Raffaele Ienco’s art remains simply stunning throughout, from the opening broad panels continuing the trippy fever dreams of an obsessed Vader (rendered in a wonderful murky crimson by Jason Keith and Rachelle Rosenberg) to the frenzied space chase that forms the crux of ‘Target Skywalker’.

One of the most iconic aspects of Star Wars (among an absolute plethora of them) is the masterful sound design of Ben Burtt. Without the imposing scream of the TIE fighter, the phasery slap of the lasers and the instantly recognisable beeps and woops of a concerned R2-D2, original trilogy dog fights would be a shadow of what they are. Props, then, to VC’s Joe Caramagna for his lettering across this issue, which shoots each sound straight between your eyes. His letters sometimes almost take over entire panels, just as the sounds themselves take over the senses when watching one of the movies – it’s pitched just right and shows that even a comic book, usually made up of no more sound than the occasional turn of the page, can become an absolute cacophony in the right hands.

Amongst all the action and the noise, however, Pak continues to deliver some of the best dialogue across all the Star Wars comics, especially when dealing with Ochi of Bestoon and Administrator Moore, whose face-off towards the end of the issue almost makes for a bit of light relief before the devastating conclusion which, much like its equivalent in the core series, sets up one hell of a final battle to come.

Pak and Ienco continue to produce an excellent book, which turns into a white-knuckle roller coaster for its 16th issue. The pace is such that it almost feels as if it’s over in the blink of an eye, but what that eye sees for the duration of the issue is some beautifully conceived space battle art and some of the best storytelling in the Marvel Star Wars roster.