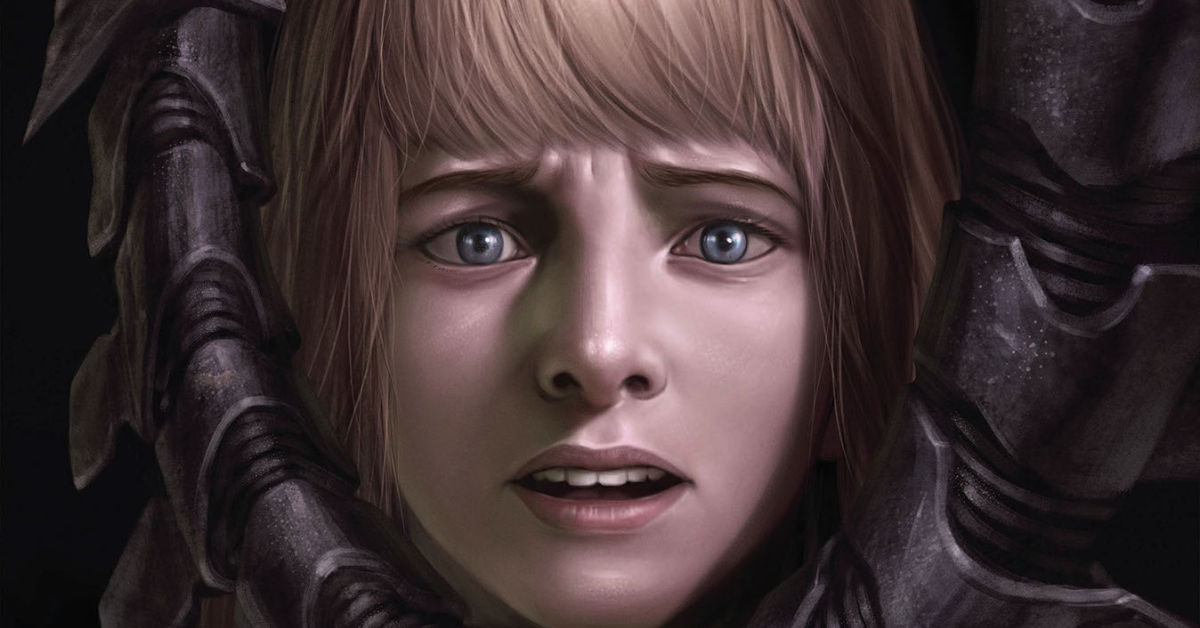 Epsilon station, a Weyland-Yutani bioweapons and research facility is orbiting earth on a self – destruct trajectory.

Gabe Cruz has helped build the success of this station based on an encounter with Xenomorphs (Aliens) in the past. His son Danny, as part of a terrorist organisation have stolen a pass from him to get on to the station and in the process released the dangerous Xenomorphs. Cruz has had to come out of retirement to take the lead on the highly risky mission of trying to retrieve the mysterious “ALPHA” sample from Epsilon station is he is to have any chance of saving his son and preserving his legacy.

Issue #3 is a seriously action packed issue as we are propelled in to the midst of an Alien attack, with Cruz and two Weyland-Yutani agents walking into a maelstrom of terror. The time around we open with a dying agent lying on the floor, ribs exploded open having been impaled by a Xenomorph in a swift attack. In a last act of defiance he manages to fire on the creature in the midst of a firefight where Cruz and the other agent looked to be facing certain death, causing the it to sweep up the heroic agent and flee with him. The encounter brings up flashback memories for Cruz of the first time he and a crew responded to a rescue call and came under attack from Xenomorphs.

Kennedy has done a great job in crafting a tense story full of intrigue. He also finds a way to add to depth through intriguing subplots that had me wondering how this arc might develop. During one scene, there is a mention of another mysterious and enchanting female looking Alien that Cruz has some mental connection with called ” The Dark One” . This “Dark One” was pictured back in the opening issue, who could not want to learn more!  Kennedy has dropped a great little back story that we are yet to see develop and possible links to plot in ways yet to be seen through Cruz’s flashbacks.

I have been consistently disappointed in Larocca’s Xenomorphs and inconsistency in drawing Cruz in previous issues, but I’m not going to rehash old reviews. What I will say is that his art is solid but at this point it just feels disconnected to the horror of the franchise and historical xenomorph art. In this issue there is so much in terms of visible xenomorphs that it detracts from some of the tension and mystery associated with what fans would associate as typical Alien horror. The art and the colors for the Aliens are bordering on cheery and too crisp to invite mystery, tension and the necessary foreboding tones. That feeling of the surprising attacking and not being so visible is lacking when they are front and centre consistently.

The lettering from Clayton Cowles is perfect for showcasing the artwork and complimenting the frenzied action and overall this issue reads well, with Kennedy doing a great job of getting the reader intrigued as to the the direction that this story may go. The clinical way Cruz kills his old friend Mitch who he knows cannot be saved is a touching and shocking moment and the emergence of two small Xenomorphs from the body is a nice unexpected twist from the conventional Alien gestation of one Alien per host.

Perhaps this is not the best jumping on point for this run and this may have been a difficult issue to open up on if you hadn’t already read issues one and two, but holds its own well enough to give the reader enough information so that they might be able to easily decide if this is the right kind of space-horror for them.

Compelling action that keeps the pages turning and a slow burn intriguing plot have this arc shaping up with promise. Despite some minor artistic gripes over character consistency here and there, Marvel’s first Aliens run continues to impress.