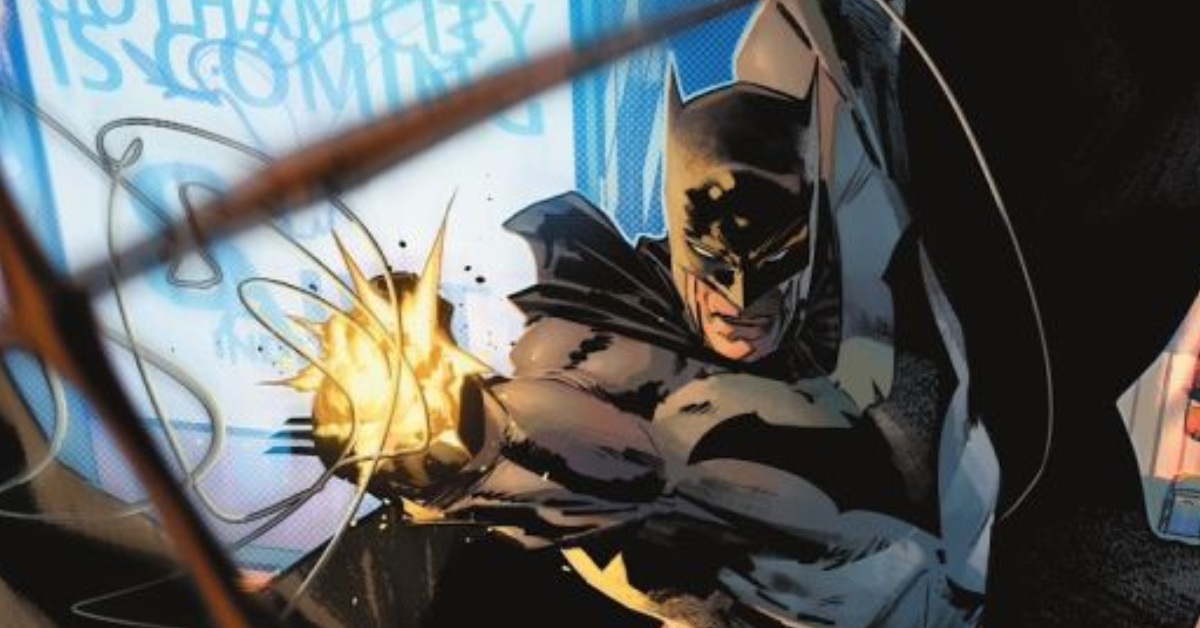 Gotham City remains in the grip of fear as the false Oracle continues to disseminate misinformation, telling the world of Batman’s demise, and pushing its people further into a state of paranoia. Meanwhile, Batman, very much alive, goes in pursuit of the evidence that he needs for Commissioner Renee Montoya to make a move on Simon Saint and shut down the Magistrate program. He begins by letting Ghost-Maker into his mind in order to remember what really happened to him when the Scarecrow had him bound and drugged. But this leads to revelations, not from his own mind, but Ghost-Maker’s.

I love how confidently Batman tells Simon Saint that he’s going to tear down everything he’s doing. It’s Batman at his most bad-ass and it’s awesome! On the flip-side of that, seeing Barbara aka the real Oracle, seemingly able to do nothing but slam her fist against her keyboard, is somewhat frustrating, as she is usually the one able to take control of the cyberspace.  Check out Catwoman #35 to find out who is behind the fake Oracle.

Also frustrating, but not entirely unexpected, is seeing Commissioner Montoya sitting behind a desk almost drowning in her sorrows as she struggles to police the city. Once, just once, I’d love to see the Gotham City PD being a bit more instrumental in helping Batman to bring down the villains’ schemes, instead of relying on him to do everything, thereby justifying their existence. In fact, the Fear State story-line calls for that, given Saint’s Magistrate program was instigated as a way of tackling the crime that is “too big for the police to handle”. It would be a great big middle finger at Saint to have Montoya and her officers be the one to work him and bring him down, while Batman and his posse take on Scarecrow and Peacekeeper-01.

The real standout section of this issue is when Batman and Ghost-Maker get together. There are a couple of times I actually laughed out loud, whether it’s the homoerotic framing of a situation being undercut by flashes to all of Batman’s very hetero-dalliances, or Ghost-Maker’s bland description of Bruce’s life history peppered with comments that allude to Ghost-Maker’s own “greatness”, the two men make for an entertaining double-act.

Props once again to Jorge Jimenez and Tomeu Morey whose art and coloring rank as my favorite in the current roster of Batman related titles on the market.

I wasn’t particularly fond of the supporting story-line, “Clown-Hunter Part 2”, as it was pretty much over before it got going, which is unfortunately the case, more often than not, with these shorts that seem tacked on to the back these days. Bring back the letters page, that’s what I say!

Some great interplay between Batman and Ghost-Maker makes for a highly entertaining chapter of the Fear State saga.