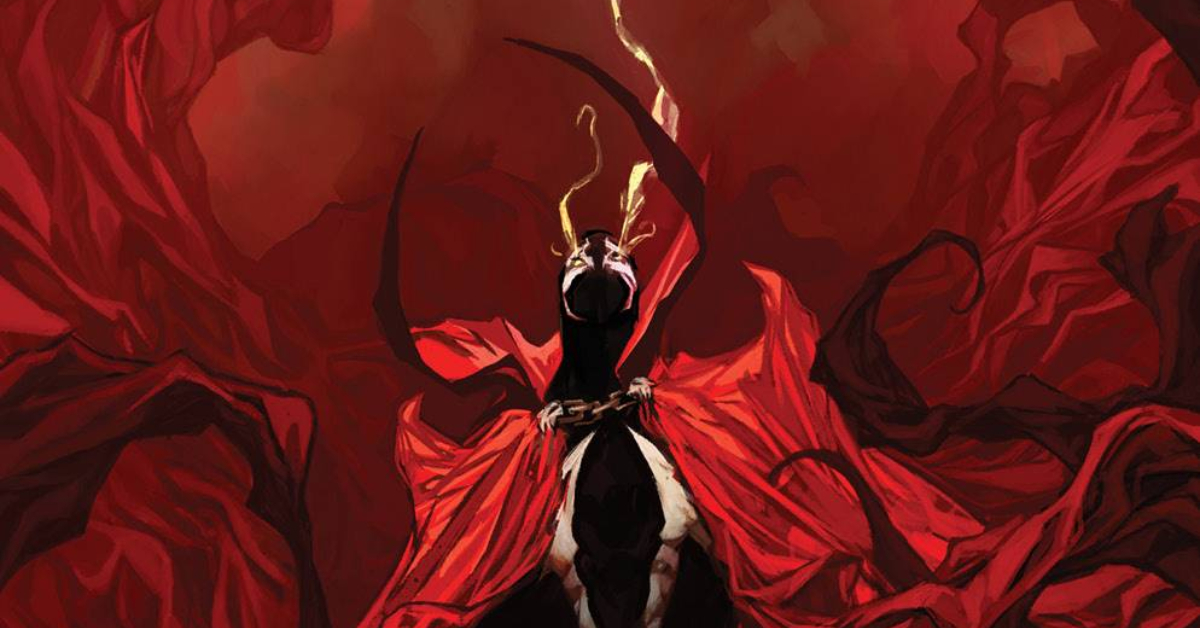 Hello again, it’s your friendly neighbourhoo—nope, wrong review. I mean its your edgy, cool, dark and not so friendly temporary king Spawn reviewer here, and I’m proud to report that this issue was pretty damn awesome! In my opinion it’s quite a bit better than the first issue and doesn’t suffer from a few of the problems the regular spawn series has.

In case you haven’t caught up on this new series, go check out my last review for the first issue, but if you can’t be bothered, I’ll give you a quick catch up; Billy Kincaid, the sick kid killer thought to be dead since 1992’s Spawn #5, has returned with a creepy new cult of malleable – minded teens who intend to carry out his evil and sickening plot to murder innocent children in order to lure Spawn in for revenge.

The issue begins like most Spawn issues do these days which is arguing with Jessica priest, who wants to join Spawn In looking for Kincaid but Spawn refuses until finally giving in, attending an event where rumours are spreading there will be an attack from Kincaid’s clan. He then seeks the help of Terry (Wanda’s widower that she married after Al Simmons “death”) because he has a list of potential suspects for the attack on the parade, how he has this I don’t know but it’s nice to see Terry again after a couple years of silence.

Following this, we cut to the next day where Spawn discovers the two cult members ready to open fire on some children when Spawn decides to intervene, shielding the children and taking out one of the crazies as the other gets their soul eaten in Spawn’s Cape. After the situation is defused, Spawn and Terry are shocked by the fact the terrorists were just teenagers when in the reflection of one of their cult helmet thingies(?) Billy Kincaid appears and tells Spawn that his child killing actions will inspire thousands across the globe to join the cult and worship their king…. KING SPAWN!

The ending was an epic one and really made me excited for the next issue, it feels like the book is actually going somewhere and know I believe we have a reason for the books title of King Spawn which begs the question: is the book just going to be about this cult? It had me wondering since once this story is concluded the title would lose it’s meaning so it could be possible that this could be a really huge storyline ending in Kincaid’s final demise. Either way, I’m excited as heck.

Sean Lewis and Javi Fernandez are making a possibly classic Spawn story that becomes essential future reading, with a great story and immersive artwork, I’m just glad to be along for the ride.