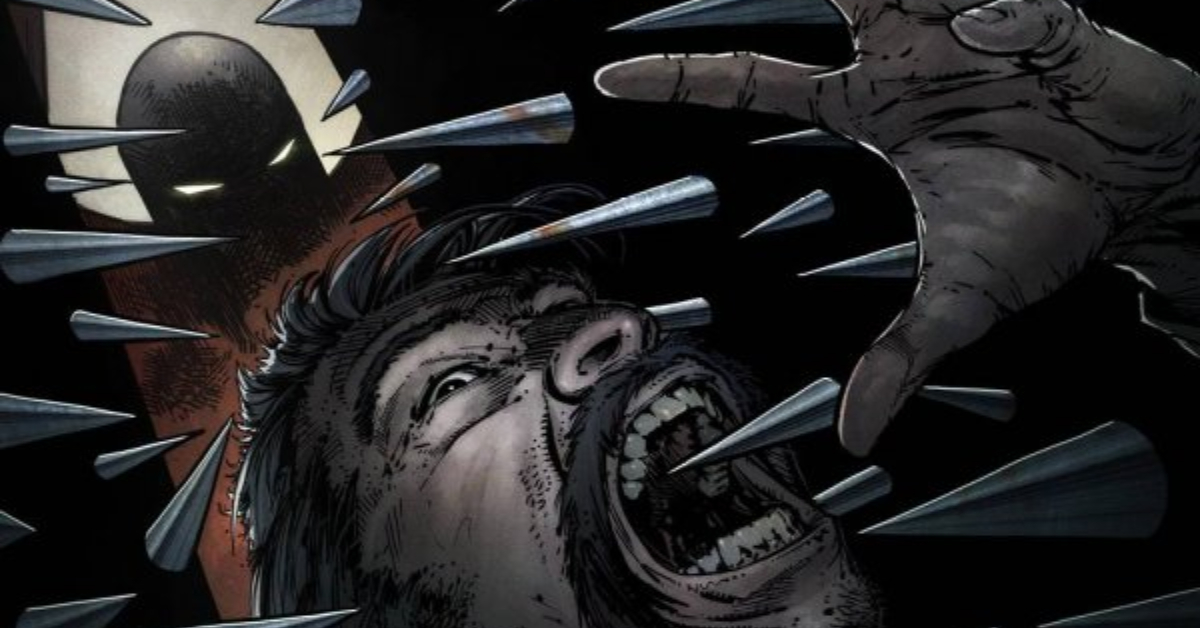 Hi there! You seemed to have stumbled on a review of Todd Mcfarlane’s latest issue of iconic indie comic series Spawn, I hope you enjoy it and remember all the new comics I review here should be available to order through this wonderful website you find yourself on!

The latest issue of Spawn is pretty decent, a solid filler issue with criminally good art and good enough plot. The book picks up directly where the last one left us; in a pitch-black city, confronting a monstrous vampire named Paul who has beaten abused and sexually assaulted a young woman and bore her a child that she can’t take care of under his cruel household. The reason for the city’s darkness is due to Spawn lashing out last issue in rage of Paul’s disgusting crimes and unlike my very cool idea in my last review, there is no epic night war battle (yet).

Paul shoots at Spawn with a shotgun but fails to hurt him and Spawn renders him unconscious. Following that, Spawn saves the young woman and takes her to safety by teleporting to some doctor’s office I’m pretty sure. Paul wakes up 4 days later and needs to feed (being a vampire and all) so Spawn has devised a cruel but justified game for the devilish wimp by removing all the spikes off of his outfit and placing them on a hallway, on the other side of it lies escape and food. The coward starts pushing himself through the torturous hallway in a truly gross scene that I may have skipped through and has given me an acute fear of small spaces.

About halfway through his fun little trip, a bunch of bugs start following him through (the comic explains that since Paul is a vampire, he is scared of anything that sucks blood because it’s some sort of competition I guess?), forcing him to push harder until he falls out a grim, bloody body. Spawn stands at the end of the corridor with Paul’s two dogs (that he has control of now because of Spawn powers I suppose). He tells Paul that on the OTHER side of the hall is an escape and he’ll have to venture through once more to get out and as Paul starts to limp through the hallway again, Spawn sicks the dogs on him and I’m guessing Paul is no longer among the living.

This issue was pretty good, I can’t really mention any flaws and I, as a reader feel Mcfarlane’s rage in this issue, I guess he watches the news. But the book suffers from the same flaws it has for a while. Namely that nothing of note to the overarching story has happened since way back in August 2019’s #300, the series keeps talking about some massive war between heaven and hell but I can’t see anything progressing to the point just yet, but as far as negatives go, that’s about the extent of it.

This book features stunning art by Carlo Barberi and is way less wordy than usual which is very refreshing since sometimes I feel like I should be awarded a medal for getting through all the text in a Spawn comic.