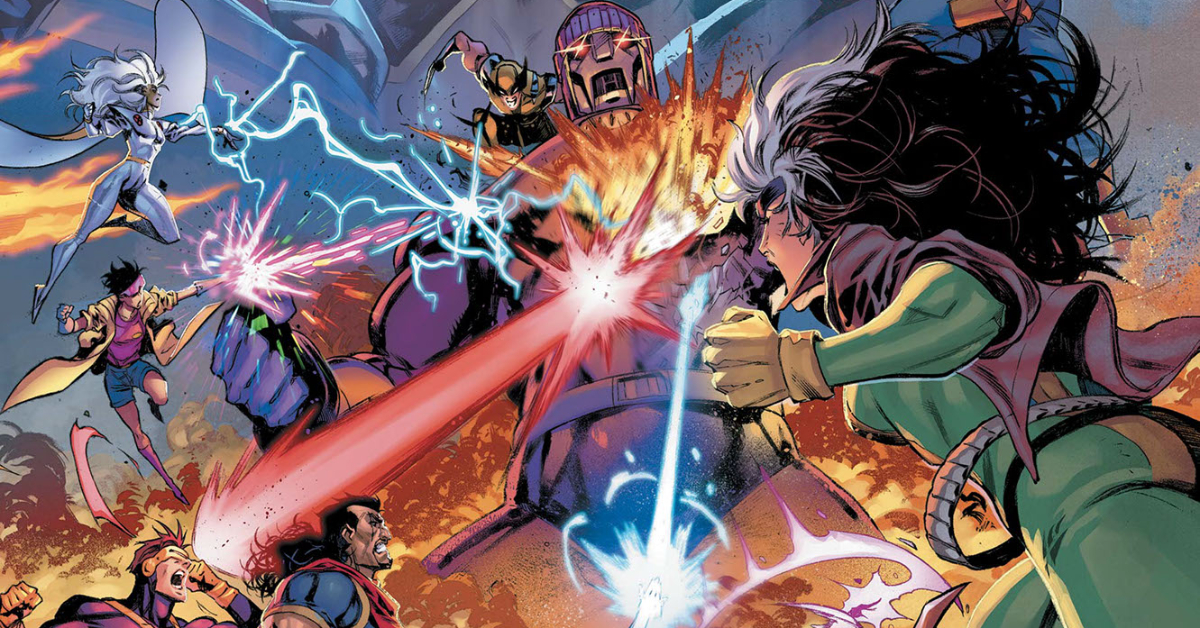 The X-Men have always spearheaded the weirder end of the Marvel universe (they’re not called ‘Uncanny’ for nothing!) and this has always been one of their greatest strengths. After a couple of issues that have been relatively straightforward as far as Marvel’s mutants are concerned (although excellent nonetheless), Gerry Duggan begins to lean into the bizarre for this third issue. Well, we say lean – dive headfirst might be more accurate. Electric elephants and robo-sharks, anyone?!

Duggan delivers another somewhat standalone piece here, albeit with another epilogue that shows that the story he is telling is anything but small. It’s skilfully balanced between moving the X-Men forward as the superhero team that they have once again become and reaping what they have sown following events stretching as far back as House of X/Powers of X. If Jonathan Hickman is the master of the long game, then Gerry Duggan is almost certainly his apprentice!

Until it’s quieter, continuity focused epilogue, this issue is essentially one big fight between the X-Men and the forces of ‘parasitic cockatiel’ The High Evolutionary, who turns up on Earth offering the mutants the chance to sterilise humanity, the greatest threat to the planet itself. It’s difficult to imagine what Xavier and Magneto’s answer to such an offer might have been in the early parts of Hickman’s run on the title; their actions were far from heroic at many points. But this team has very much cemented itself as a set of heroes from the get go, and the stage is set for a showdown that makes incredible use of the ever-impressive skills of artist Pepe Larraz. Every panel bursts with astonishing detail, but also big central focus points that leap out at the reader. This is an issue that’s worth a couple of extra read throughs – one to give justice to the pace that Duggan’s writing and Larraz’s broader strokes bring to proceedings, and another to take in every strange detail of the animalistic hordes that the X-Men face.

In contrast, the sub-plot of Orchis’ plans continues to be a slow-burn that leads to another excellent cliffhanger which hints at consequences aplenty for the actions of Charles Xavier over the past couple of years. The panels here are suitably moody and contrast in much the same way as the story at this point does to what came before – Pepe Larraz truly is one of the most versatile and talented artists in the Marvel stable.

Madness reigns in this third issue of Gerry Duggan and Pepe Larraz’s run and, boy, is it glorious. A slight misstep in the setup doesn’t detract from what is a simply eye-melting issue which foreshadows major upheaval both as a result of events way back and those that take place in this very issue. An issue of two halves, both of which are thoroughly entertaining.