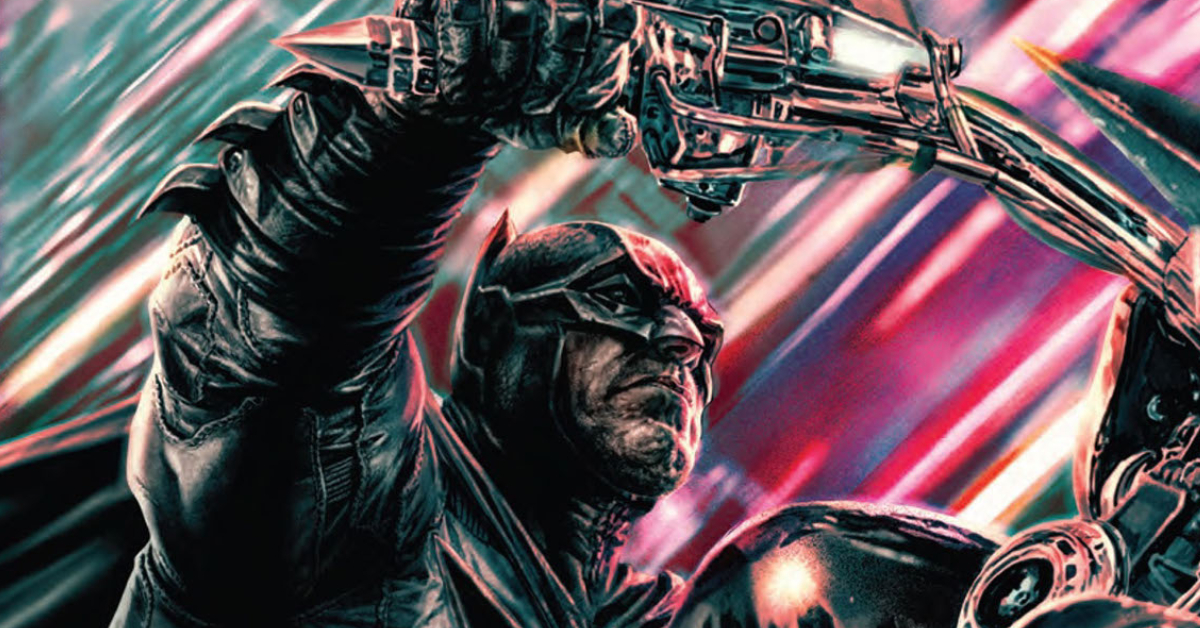 Mayor Nakano puts some heated negotiations with Simon Saint on hold in order to catch a breather. But once he sends everyone home for the night a group of armed men storm the building and attempt to kill him. He escapes, with the aid of the Batman, only to find himself caught in a situation that might prove to be much worse.

This issue doesn’t have a right lot of plot going on. Instead, writer Mariko Tamaki presents us with a prolonged action set piece, in which Mayor Nakano shows why he was once a cop. He’s a man of action, not one to shy away from a fight, and quite willing to get his hands dirty. He proves to be much tougher than the typical bureaucrats that have sat in Gotham’s mayoral office over the years. Anybody remember Mayor Armand Krol?

I do struggle in placing the story that is running in Detective Comics right now neatly alongside the stuff that is going on over in Batman. I just mentioned Mayor Krol. But back in the days when Krol was mayor (that would be the mid nineties folks!), we had at least 4 monthly Batman titles and I had no problem keeping up to speed with where each one of them was in the main overarching story. I appreciate that James Tynion IV has the story that he wants to tell and Tamaki has hers, but I feel as though they’ve not been organically woven together into the current “Fear State” epic that has currently taken over the Batman line. If you take them both at face value then it seems to me that characters have the uncanny ability to be in two different places at once as convenience seems fit.

It’s a shame because the Hugh Vile storyline (yes, that’s still going on) feels like a major storyline that deserves to be held in its own vacuum. But it’s suffering as a result of needing to fit within the greater world of everything that is going on with Fear State. There’s so many balls right now that are being kept in the air that it’s hard to know which ones are genuine game changers and which ones are just passing through. Take the men that storm Nakano’s office for instance. The impression given is that Simon Saint has no idea who they are. So who are they? Where did they come from? Do they have something bigger planned? And did they really need to be introduced in the midst of everything else that is going on?

The back up story gets us ready for what is sure to be a bonkers ride in the new Task Force Z monthly. Jason Todd leading a Suicide Squad-like team of undead supervillains? Sign me up for that one! It features some nice art work and some particularly nice colours from Diego Rodriguez.

Heavy on action but light on plot, Detective Comics #1043 is mostly concerned with the character of Mayor Nakano, showing us there is more to him than your average bureaucrat.