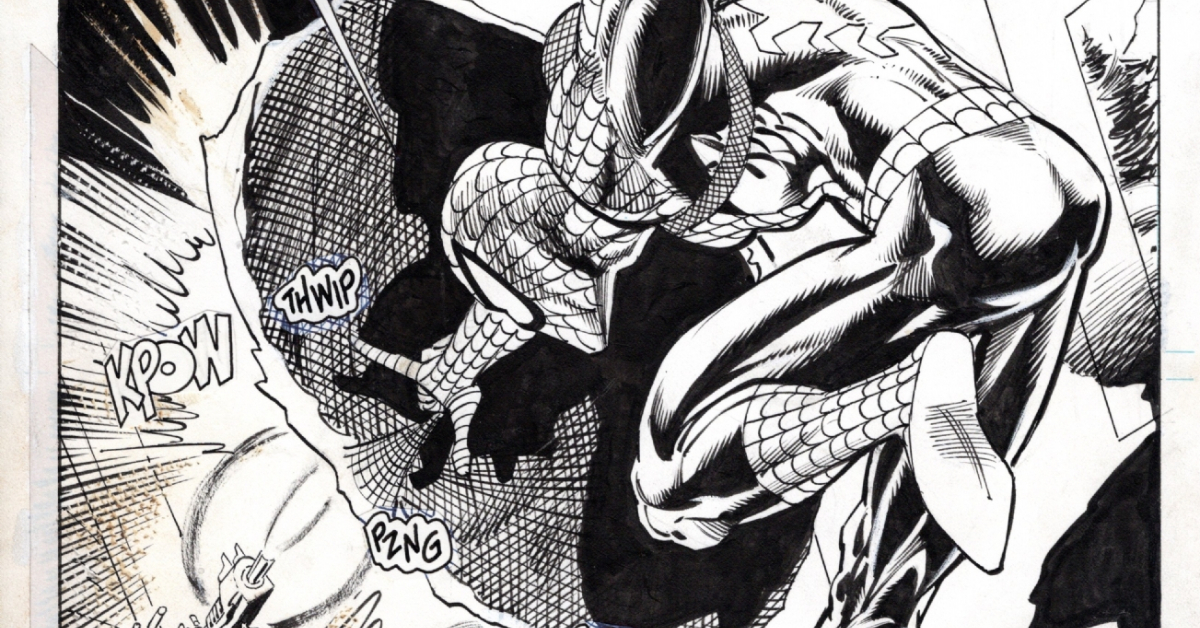 Welcome to this corner of the Spider-verse, to a time long, long ago. 1993. Horses were still being ridden and the world enjoyed blissful ignorance to the horror show that would be…Coldplay. Also, this issue of Web of Spider-man was released!

Web of Spider-man was the sister in-law to the Amazing Spider-man (the sister series being the spectacular Spider-man). It began in 1985 and for a while there, it was the more artsy Spider-title, featuring incredible ,then upcoming artists like Arthur Adams, Marc Silvestri and Mike Mignola. This was all well and good until issue 35 when artist Alex Saviuk jumped on board. Don’t get me wrong, his art is good and in later issues (around issue 100 and after) even great but his seven year stint on the book made it feel like the lesser Spider-man book on stands. His house style would have been no doubt perfectly adequate in other time period but then the 90’s rolled around. Artists like Todd McFarlane, Erik Larsen and Mark Bagely were making waves with their electrifying pencils And even Spectacular Spider-man had legendary marvel artist Sal Buscema on the title leaving Web of Spider-man the weakest series. That’s not to say “Web of” was bad though, the issues before the one being reviewed here were part of the awesome Spirits of Venom storyline which crossed over with the spirits of vengeance book. And a few issues later, the 14 part epic maximum carnage was told in part in the pages of Web of. So with all that context out of the way, let’s get into this issue.

First of all, this issue marks a first appearance, being that of Nightwatch who appears in a weird scene where he introduces himself to some dudes on a beach.
The story is mainly centered around blood rose, the new moniker of…the rose. The issue starts with him taking down some gangsters in a particularly gruesome fashion for a Spider-man book. We then cut to Peter at the doorstep with Betty Brant who has dinner with the Parkers (which, at the time, included Peter’s ‘parents’). Just as a quick side note, this a time where Peter and Mary Jane were married which was the best part of Spider-man comics for about twenty fricking years and they ripped it away from us. WHY MARVEL, WHYYY!!! Sorry about that, just have some issues with Joe Quesada’s at a certain comic book publishers.

Once dinner is finished, Peter is being yelled at by Robbie Robertson when a huge explosion is hears from Fisk towers, Pete suits up and gets caught up in a bloody rampage that blood rose is making. Gunning down men left and right and throwing them out of windows until Spidey intervenes. Rose makes a getaway, or so we think until he shows up behind Spider-man with a hostage! Spidey it’s the hostage in the face with impact webbing (which was pretty funny), making him land on the webbed net outside the tower. Rose shoots at our hero until Spidey can get a couple of punches in when the tower quickly begins exploding and collapsing upon the pair. Outside, bystanders are evacuated as Spider-man breaks through the rubble. Stumbling upon Robbie and also, on a cliffhanger note, the Blood Rose!

This book features some good, old school, 90’s fun. When everything was going great for the most part, when Spidey was married, Venom and Carnage were the coolest guys around and clones weren’t on anybodies mind. The book was by no means bad, but just a little predictable, which is fine. If you have me a trade with 20 issues of Web of I’m sure I’d enjoy it, but then again it wouldn’t rock my world.