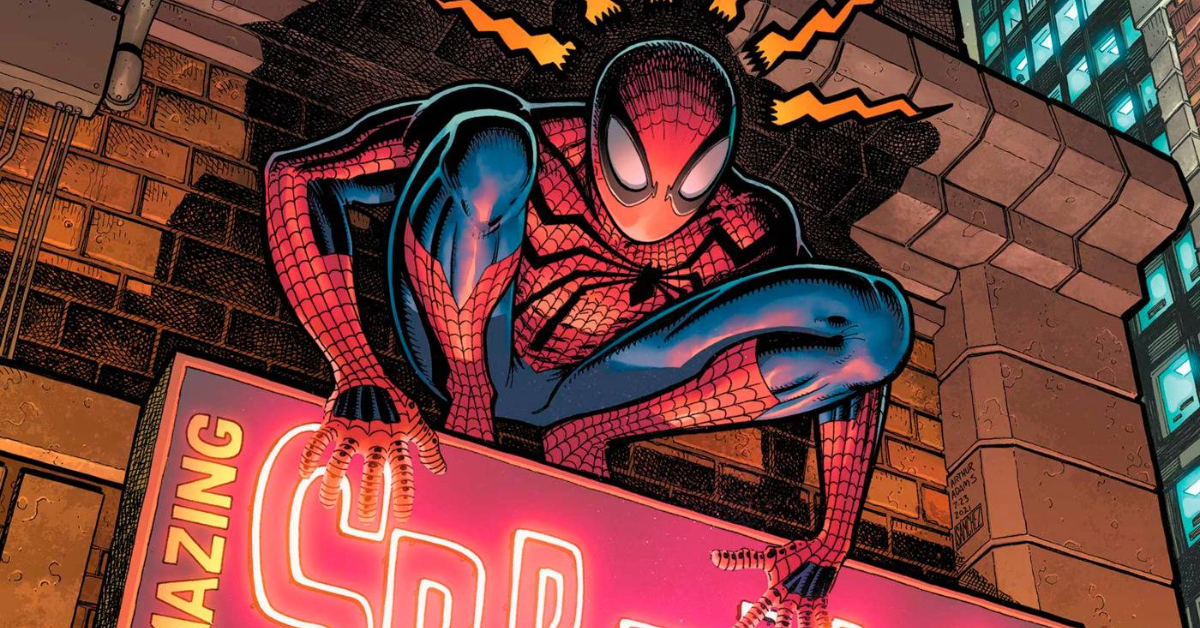 Beyond is back and in full swing with the arrival of issue 78!

The plot begins with Spidey (Who is Ben Reilly at the moment so when I say “Spider-man” or any related term I am referring to Ben) trying to escape Morbius after being bitten by him at the end of last issue, Spidey believes that he’s a little rusty and in no shape to be able to defeat Morbius and so he decides to lead him to Ben’s apartment at the Beyond tower. That floor of the building is built with a gate that only let’s specific people in, so when Morbius tries to attach, he actually winds up getting his arm incinerated and is scared off but once Ben gets to Janine and Marcus he falls to the fall from the blood drain and is put in a intensive care room in the tower. Ben’s other career supervisor, Ms. Danger is a bit of a shady character, even going so far to ask the doctor what would happen if they left the bite untreated to try and exploit some new vampire abilities, luckily the antitoxin is administered anyways.
We then cut to Peter Parker, or rather, his unconscious body as the Black Cat sneaks into the hospital room to visit when Mary Jane enters the room! Luckily at this point in the comic, Black cat is on good terms with Amazing Spider-man circle, Felecia turns to leave but MJ asks her to stay. That scene is all we see if Peter this issue.

Following that, Morbius is still on the run and Misty Knight and Coleen Wing are called in to take him down. They manage to take him down as Monica Rambeu enters the fray. Side track for one moment; the plot line with Misty, Colleen and now Monica feels very incomplete to me, it’s like the series, the book is treating them as side characters we should care about (which long time comic readers do) but I don’t really get why they’re here? It’s possible they are part of another title? I’m not totally sure. Anyhow, this issue closes on Ben and Janine finishing up their date and having a nice romancing moment, unsuspecting of KRAVEN watching them from the distance!!! This next story will be the first time we’ve seen this new kraven in action since 2019’s “Hunted” storyline so that will of course be an absolute blast for sure.

Artwork: the artwork in this issue is done by Miles Morales Co creator and Spidey veteran Sara Pichelli and I really enjoyed it. I remember when I was younger, I really wasn’t a fan of her work on 2012’s Spider men mini series but as I’ve aged into a wizened old man, I can now appreciate and take delight in her art (including Spider men) It’s smooth and calm and it somehow just feels real and grounded. It’s almost as if if these characters were real, they would look like how Pichelli illustrates them. Great stuff!

Overall, this issue is a little more chilled out than the past couple of books in the title, which no doubts makes sense considering we’ve had a constant stream if non-stop actions and thrills so it’s nice to finally get a little downtime. This issue was still absolutely great and just makes me want to get my grubby hands on #79. Even the thrice monthly schedule doesn’t quench my thirst for Spider-man. I NEED IT! GIMME!