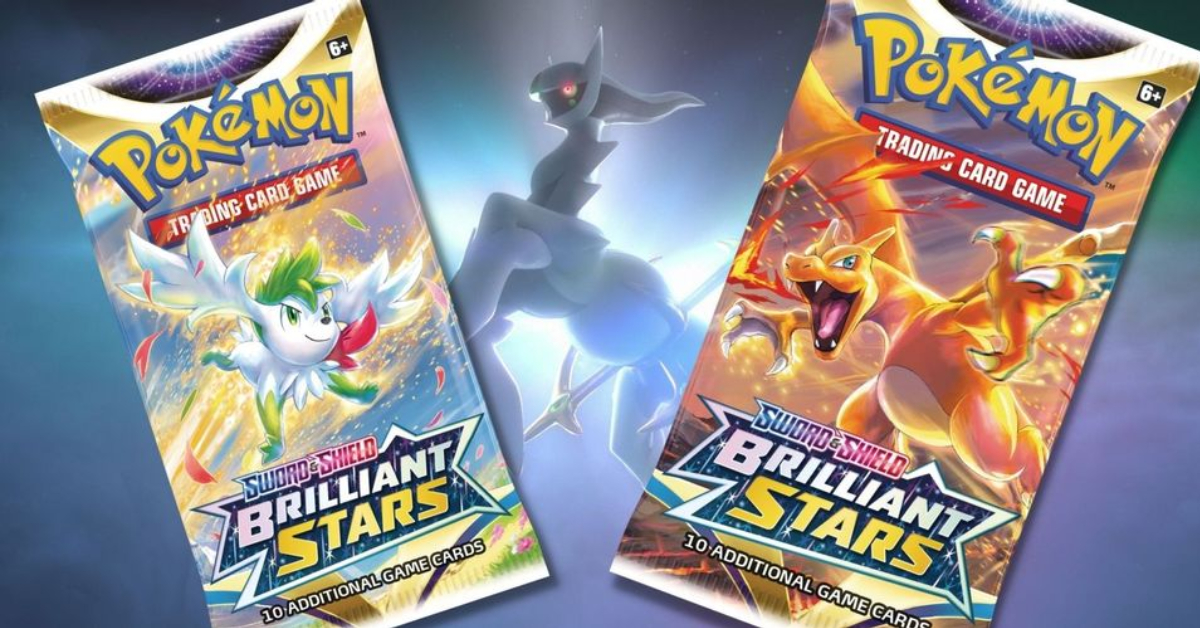 Coming next month, it’s the new Brilliant Stars Pokemon TCG Expansion pack! Currently slated for a February 25th release, the set is based around the newly introduced VSTAR cards, which allow the player to evolve their Pokemon V cards in order to access higher HP, more powerful attacks and a brand new mechanic called VSTAR Power. VSTAR Power may consist of a strong new attack or ability, but the player may only use one VSTAR Power in the duration of the game.

As well as the new VSTAR Power attacks and abilities, Brilliant Stars also heavily features the Alpha Pokemon Arceus, which is undoubtedly due to its presence in the new Nintendo Switch game, Pokemon Legends: Arceus. Arceus will receive both a V and VSTAR card in the Brilliant Stars set (in both half art and full art formats), as will Charizard (again in half art and full art formats), Shaymin and Whimsicott. These four Pokemon also feature on the Brilliant Stars booster pack artwork, however the VSTAR cards won’t be limited just to this select group, as both Leafeon and Glaceon are set to receive special VSTAR collection boxes.

While much of the card list for Brilliant Stars is still being kept under wraps, from looking at the card list for its Japanese counterpart, Star Birth, we can see the likes of Pokemon such as Raichu, Lapras, Lucario, Floatzel, Luxray and numerous others may be making an appearance. Moltres has been confirmed to be featured in Brilliant Stars and although it doesn’t seem to be receiving a VSTAR or V card, it’s still looking pretty fired up!

It is quite strange to think that Brilliant Stars is the NINTH Pokemon Sword & Shield Expansion Pack (where has the time gone!?) but with over 170 new cards on the way it seems that Pokemon TCG players and collectors alike are going to have their hands full for a long time yet!