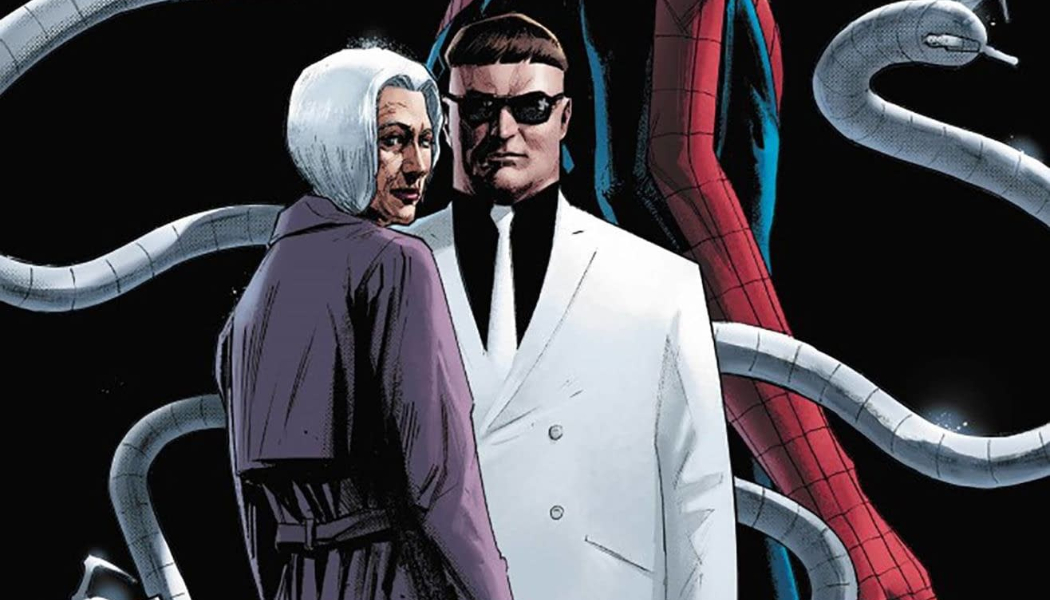 KRAVEN GOD TIME!!! In case you didn’t see my last review (in which case, what on earth are you doing?) The all-new Spidey is all drugged up on kraven’s mystical hallucinogens and is running scared from a huge God like Kraven creature. The newest beyond chapter pulls no punches and throws you right into the action, so let’s dig in quick before it’s over!

Whilst entranced by the poison running through his veins, Ben Reilly is thrust into a flashback of sorts where we get two incredible splash pages done by artist Michael Dowling (whose art in this issue is especially gorgeous) where we get to see Ben Reilly’s greatest fear on show in front of his eyes; the feeling he’s nothing more than a hollow shell of Peter Parker (who is a clone of. So technically, y’know…he is) upon seeing the grotesque illusions, Ben plummets down into an alleyway where Kraven waits for him as he tells Spidey that the trial has only just begun.

Snap back to reality (oh!) where the beyond corporation is in a state as to where their Spider-man has gone when Ben’s personal supervisor Marcus receives a call from Ben’s girlfriend Janine, also in a frenzy about Ben’s disappearance, she proceeds to give Marcus a verbal whooping if the rear and tells him he better bring Ben back alright.

Ben is not alright. He wakes up in some dark room, surrounded by other kidnapped civilians (who he sees as weird anthropomorphic dudes). One of the civilians who was seen in the bar last issue, gives Ben some of Beyond’s wonderful hangover pills to discard the hallucinations in the funniest Spider-man scene in the last however long where Spidey adjusts to the animal creatures in front of him, its very funny. Read it.

After coming to his senses and getting of that room, Ben discovers that he’s on a huge cargo boat when Kraven attacks him in a pretty exciting fight. Ben eventually over powers Kraven, tossing him over into a vat of some sort of chemicals. Before Kraven can be apprehended however, he disappears into the mist. Never to be seen again, even though of course he will be seen again because he’s Kraven.

Spidey gets back to beyond tower and reunites with Janine and all is well in the Reilly household, but maybe not the Morales one. Chief supervisor at beyond Ms. Danger (brilliant name) prepares to send the new Spider-man to take out Brooklyn’s very own Web slinger!

As far as writing goes, I see no flaws with this issue. It’s tight witty and funny, everything The Amazing Spider-man should be in my opinion, props to Cody Ziglar! Art duties in the book were covered by the previously mentioned Michael Downing who delivers some really beautiful art in this comic so we’ll done to the beyond team, keep it up. Stay tuned for next issue’s spider throw down!!