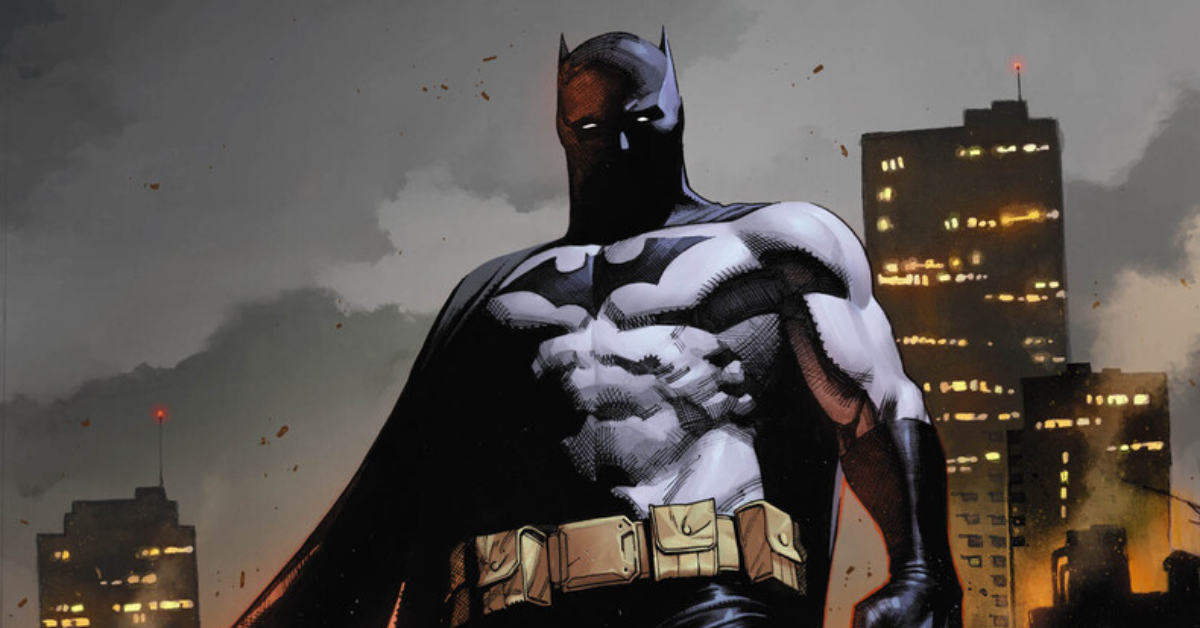 The team of writer Joshua Williamson and artists, Jorge Molina and Mikel Janin, kick off their 4-issue arc with ‘The Abyss Part I’. Coming off the back of Fear State, which was wrapped up last issue, the team are given the opportunity to tell a story of their own that isn’t bogged down by any crossover necessities. There isn’t even a backup story in this issue. For anyone who knows me, you can imagine how much that cheers me up! The end result is worth the cover price.

Williamson begins his story with a bit of playful fun, sending Batman off to deal with some gatecrashing robbers, at a billionaire’s fancy dress ball. It reminds us of just how sharp Batman is, always watching people, always taking note of the little things that most common people would never see. This skill comes into play at the back end of this issue too, as Batman surveys a crime scene in the aftermath of a supposed killing, involving a new villain called Abyss. We are not given much to go on with this character; just enough to create a sense of intrigue.

Williamson also does a good job of showing us what kind of man Bruce is throughout, which makes this particular issue a good place for new readers to begin their journey with the character. Seeing the interaction between him, Oracle and Nightwing, perfectly encapsulates what he is all about. Without a crisis to solve he seems lost. He has nothing to do but wait for something to kick off. You can almost sense the relief from him, as he avoids having to eat morning bagels with Dick and Barbara, while he runs off to Badhnisia to get stuck into a murder investigation.

The artwork here is simply gorgeous! Image after image, panel after panel, page after page: there’s nothing here that isn’t worthy of being cut out, framed, and hung on a wall. It’s just beautiful.

The theme of the aforementioned billionaire’s ball allows for some striking visuals. Tomeu Morey continues his work here on colouring duties, once again doing a marvelous job. A particular two page spread affords him the opportunity to go wild. I love the ways in which he lights a scene, almost like a movie’s director of photography. He is certainly one of the best in the business right now.

Batman #118 is an absolute delight! Of course, we will need to see where Williamson takes this story before a full judgment can be made, but if he continues to balance the playfulness with the intrigue, in the way that he does here, then we are in for a treat. If not, then you’ve always got some great pinup art for your wall!

Verdict –
Absolutely stunning artwork, from Jorge Molina and Mikel Janin, and a fun story that builds plenty of intrigue, from writer Joshua Williamson, really kicks off this new run in tremendous fashion!