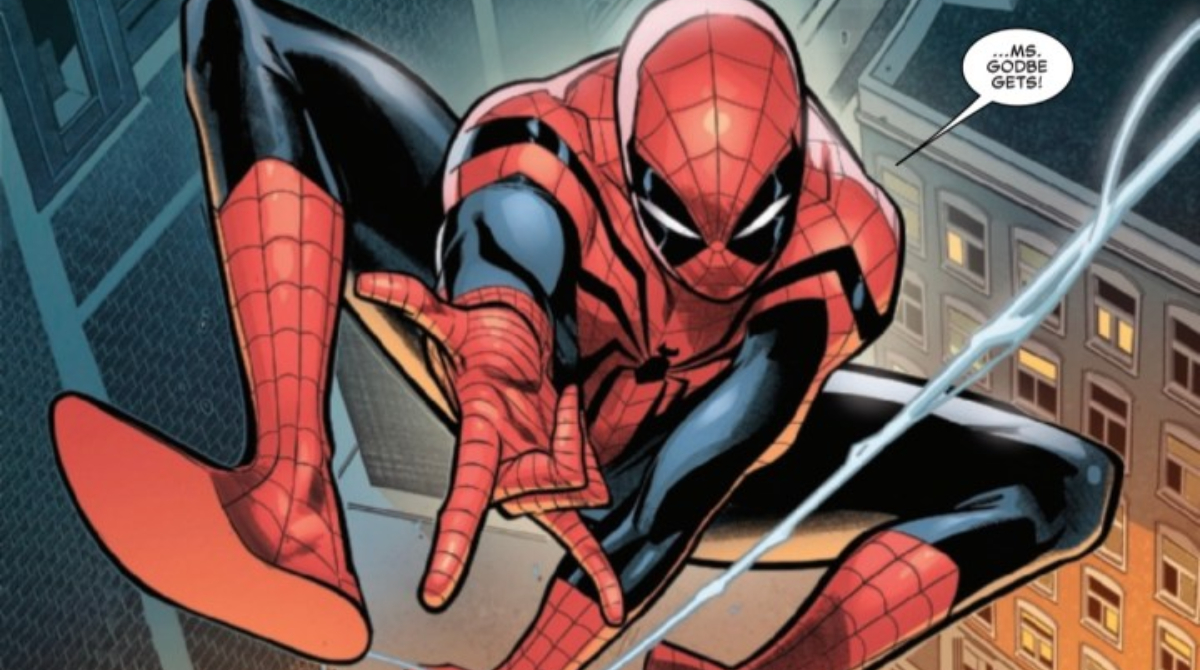 THE DOCTOR IS IN!

Otto Octavius makes his sinister return in this issue of The Amazing Spider-man, but is he really such a bad guy? Yeah, he kind of is. However, the real question is: are Beyond worse?

Somehow, Doc Ock manages to slip into Beyond’s offices without tripping any mental alarms in the employees, it’s only when the turtle man (only people who read issue 80 will get that epic reference, and if you didn’t, there’s always my review on this very website you can skim through!) spots his ginormous octopus arms that they realise that they have an A-list supervillain in their office! It’s just a small thing, but the fact they put the turtle man back in the book as a cute little reference is a really nice touch and I can’t tell whether to feel rewarded for reading all these Spider-man comics or sad for paying so much attention, but screw you, Spider-man’s awesome.

So we end up getting another one of those flashbacks with Uncle Ben, where he has a webbed hole in his face, this is about the 4th one I think? And once we jump out of it, it just turns out to be Ben in therapy with Doctor Kafka, who, by the way, keeps on getting younger? Like seriously, if you guys go and look at her earlier appearances in the ’90s and 00’s she even has some white in her hair but over the years, she’s reverted into a 20 something-year-old, what’s up with that? Anyway, we check in on Janine as she and Ben appear to be going out for dinner which is a welcome touch as it shows the readers that these two are ACTUALLY dating, it’s something they haven’t actually done too much with Pete and MJ in recent years, it just makes it feel more authentic when they actually do stuff together instead of just being around each other a lot.

Cody Ziglar seems to have his strong suit set in character realism, in the past few issues he’s written of Spidey, we feel like these people are like us, and not just immortal gods that continue to be caught in an infinite loop of fighting super-powered enemies. Well, we would feel that way if Ben didn’t immediately get dragged into Beyond’s offices to fight Doc Ock! Before he goes though, he has to part with Janine and every scene that these two are in together makes me love them (agape style, not literally), and it kind of breaks my heart that this story is going to end in just 3 months time, I’m going to miss the couple and hopefully if they’re not dead in a Ditch by the end of this saga, they’ll get their own book someday? One can dream.

Octavius has taken Beyond staff hostage as he tries to attain Beyond’s central hard drive with all of the big, bad Intel on the company, let’s just call this the McGuffin of this book. Once Ock gets inside, he also gets a fantastically drawn Spider-man’s foot to the face as Ben shows up to tackle Otto for the first time since the clone saga, and even then it was his female counterpart so this is quite a cool sight to behold. Ock tells Ben that he’s only here for the info and things are looking up when Spidey slaps a mega cool anti-Doc-ock device on Octavius which causes his arms to go limo (insert funny ED joke here). But at this moment, in an incredibly cool moment. Ock just removes his metal companions and destroys Spider-man, using the control panel to barrage him with bullets and sonics, so this just in, Doctor Octopus just whooped Spider-man’s tooshie without his tentacles! And modern marvel veteran Paco Medina makes this brawl look astonishingly sleek, his Spidey looks so fluid and insect-like, he really sells the fast movement of the character and makes it look stunning as he does it.

Ben awakens to Marcus and Maxine Danger, the high up, scary boss of Beyond who assigns Ben to retrieve the Mcguffin at all costs, Ben continues to have problems with Beyond, or at least Maxine’s handling of it, but can’t rebel in fears of giving up his life and Janine’s freedom from prison and so his part in this issue ends with him accepting his mission. On the other hand, Octavius is far from done causing trouble for Beyond because THEY have assumed all of Parker Industries, the company Otto formed during his time as Spider-man (confused? Pick up Superior Spider-man!). His gauntlet begins once this book ends with him storming Beyond tower!

This comic gave me everything I wanted. A hero and villain fight, character development, sharp humor, and a great cliffhanger. Ziglar and Medina make a fantastic team and I’m twitching to get my next fix of two men with animal-based identities fighting about a company that stole one of their businesses assets (which they built whilst they had control of the other’s mind)! Come back into the Spidey corner soon when I blabber on about that for a few paragraphs.