THE HALL OF WOW – February Inductees 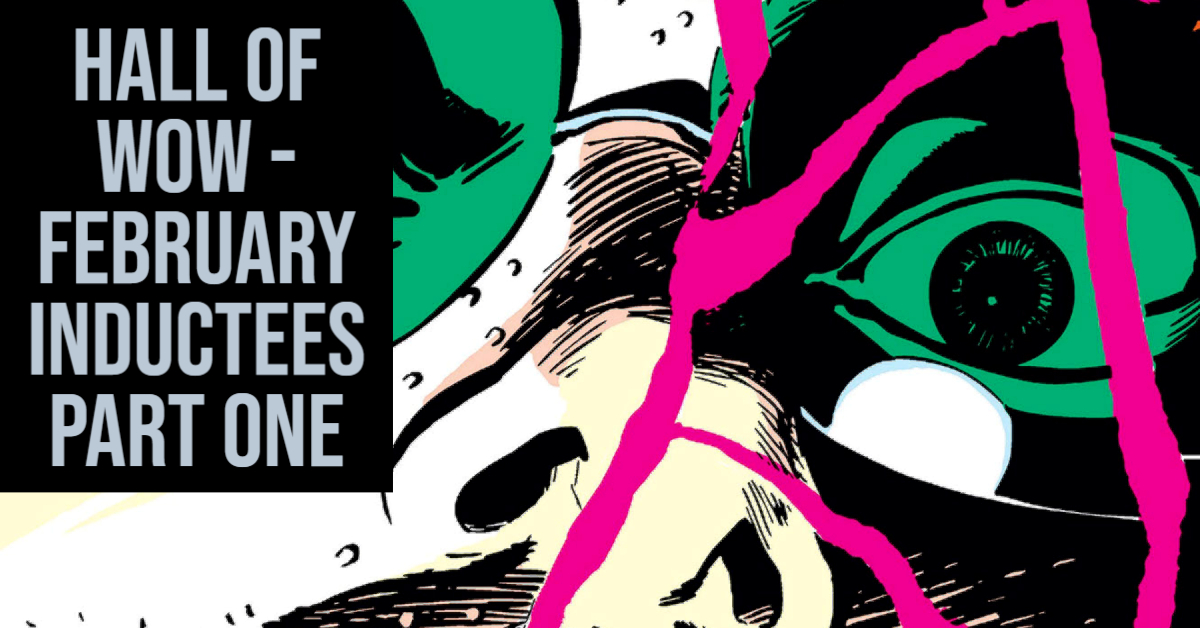 
This little addition to Wow Comix World is a celebration of comic covers! We LOVE a good comic cover, who doesn’t? And so we thought what better way to honor the very best than opening our own ‘Hall of Fame’.

Each month our noble review team submit two covers, past or present, that they personally deem worthy to be entered into our Hall Of Wow! Then, at the end of each month, ONE will be chosen as our grand champion. What’s more, if you predict the winner in our end-of-month giveaway, you could stand to win some free comics!

You can check out all of the covers selected so far here!

Onto the first batch of inductees this month…

“Pretty much any piece by Alex Ross would be worthy of inclusion in the Hall of WOW. His unique, painterly approach never fails to lend a new perspective on fan favourite characters and this classic is no exception. By making use of the reflective surfaces of Spider-Man’s eyes, we’re given a haunting new take on the moment that broke Peter Parker’s heart and marked the moment when comic books came of age.”

“Terrifying close-up of Matt Murdoch’s fear-drenched face as his life is torn apart by the kingpin. Stripped of everything except his sanity, but that too is about to fracture.”

“One look at this cover tells you everything you need to know about why Batman does what he does. It’s such a beautiful composition of tragedy and pain that shows us, in a very literal sense, just what’s going on behind those whited-out eyes.”

“Out from an ‘age undreamed of, after the oceans drank Atlantis… when shining kingdoms lay spread across the world’ comes this awesome cover, depicting Conan during his fabled adventures alongside the pirate queen Belit.  Here they face near-insurmountable odds above ‘The Well of Skelos’, each valiantly facing down beasts and dark sorcery alike.  This is full of what made the Conan tales such fun.”

“She hulk lights this cover up in one of the most dazzling images in marvel history, Spidey, Thor, Wolverine, and Hulk all stare in bewilderment that She Hulk still rocks a walkman. This cover is an instant classic. It’s funny, it’s awesome, it’s 80’s. This retro cover for 2019’s Marvel Comics #1000 begs you to pick it out of the longbox and slap it in one of your nicer bags and boards.”

“It raises eyebrows and questions simultaneously with its silhouetted characters and what looks like an alien abduction. The sideline saying: “There is no Section Zero” gives the new reader the impression that it is a secret society filled with intrigue.”

“Ok, laugh it up. I see constipated Batman too, sure, but look again. I’m 98% sure on this being one of my favorite depictions of the man himself ever, let alone favorite cover art.

Perhaps it’s his expression, the huge arms, the torn clothing, or simply the pose itself that does it for me. Eitherway, I certainly know that this is the Batman who ain’t gonna go down without a fight! And I dig that.”

“The Symbiote that would become Venom owns this cover above all the chaos going on in the background. Original interior art for this comic recently sold for $ 3.36 million “

That’s it for this week! Some mighty fine first picks there from our review team!

One thought on “THE HALL OF WOW – February Inductees”