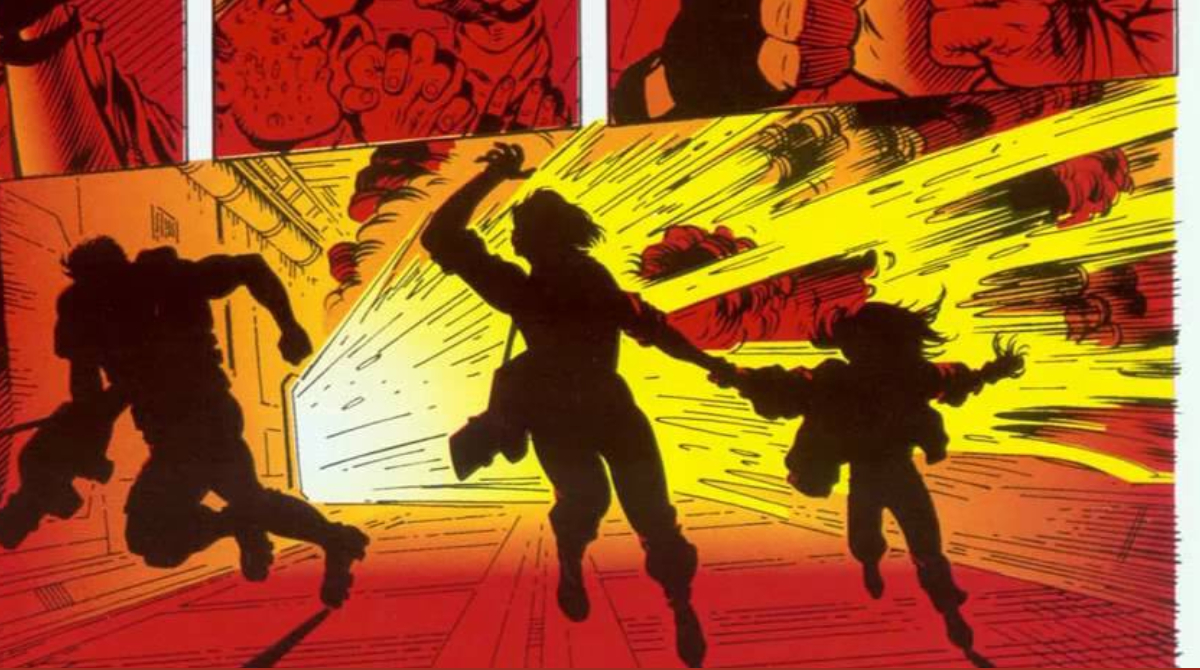 This was one of 39 different mini-series and one-shots based upon the Alien/Aliens movie franchise that was handled so well by the folks at Dark Horse Comics. For over 30 years, Dark Horse was pretty much the sole publisher of Aliens comics, starting with the comic Aliens: Outbreak (originally titled simply Aliens) in July 1988. ‘Newt’s Tale’ is an example of an absolute gem from the early days and sports a great John Bolton cover painting.

This two-issue story was based on writer/director James Cameron’s original screenplay and has all of the atmosphere, horror, and tons of action we found in the Aliens film. That’s no mean feat, transferring films well to comics. It is everything you want in a two-book mini-series, it’s so deeply true to the original Aliens film that any fan of the film would be hard-pressed to not be engrossed and invested in it.

Just a little side note if you haven’t already read “Alien the illustrated story” by Goodwin and Simonson published by Titan Books that would be the perfect aperitif. The Dark Horse original three series sit well in chronological order with this offering, (Book 1, Book 2, and Earth War). They form a much better sequel to Aliens than Alien 3 since they involve a great Newt and Hicks dynamic and if you haven’t read them you might want to check them out too. Thank me later!

While this novel is recognizably true to the film this encounter is told from Newt’s perspective and includes more back story and the much-needed new material to really get this fan’s juices flowing. The plot development centers around the Xenomorph infestation at Hadley’s Hope. The overrun prospectors can only find hope in the wait for Ripley and the Colonial Marines to arrive.

The transition into the marine’s arrival transported me to the tender moment when Ripley finds Newt in the film and the action moves along well from there to an exciting can’t wait for book 2 nail-biting conclusion. The Xenomorph art is original yet familiar. These creatures aren’t posed, traced, frozen, or toy-like. These are original and appear sparingly and menacingly in an impactful way that adds terror and horror in equal measure. I find the character drawings charming. There is color and shadow mixed well with the expressions that follow the tension and action. Not one part of the team let this comic down. The only criticism I’d have is I wish this iteration of Ripley was drawn a little closer to other, slightly sexier, iterations or her at the time.

A must-read for any Aliens fan.