Skip to content
THE HALL OF WOW Wow Comix News 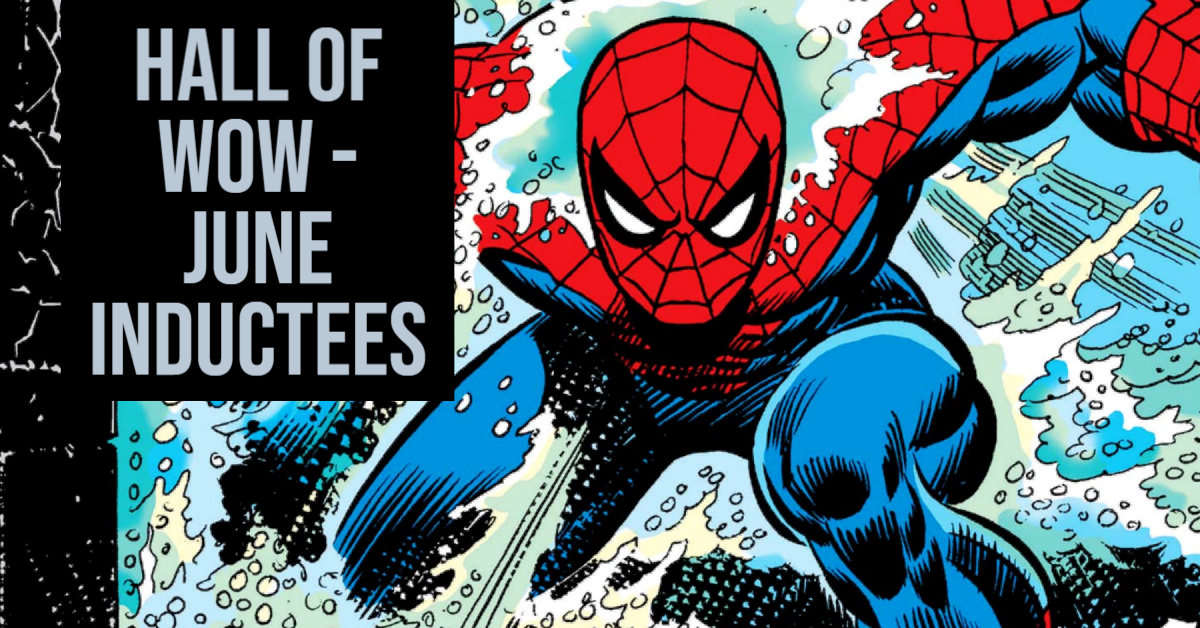 Each month our team of writers each submits a classic or modern cover that they deem worthy of entering into the esteemed HALL OF WOW. At the end of each month, we ask our loyal followers over on our Wow Comix World Facebook page to vote on their favorite as part of our big giveaway!

This month sees us return from a little hiatus (due to all the chaos of moving into our new location!) But its good to be back! Lets just pretend the last couple of months are still stuck in the Phantom Zone eh…

See the inductees for June 2022 below!

This cover sits alongside the movie wonderfully, and while there are artistic choices and depictions which differ, so much of it conveys the aesthetic of my favourite film perfectly.
With a similar palette to that employed by Syd Mead in some of his concept paintings, Jim Steranko does a wonderful job of transporting us to a rain-slick, neon-washed future.

One of the greatest Spider-Man covers. Period! This cover depicts the most iconic iteration of Spider-man (by none other than John Romita SR.)  Combined with an incredibly detailed, awesome sewer scene with Spidey ready to do battle. No 70’s Spider-man cover compares in my opinion, Romita is at his best and it shows with one of the most eye-catching front covers to ever cross your eyes!

A new kind of Superman. Or an attempt to return Superman to something like the 30’s original. A running, jumping all-action street level Superman. (No flying here) A bold idea for the New 52 and perfectly captured in this kinetic cover as an outlaw Superman coolly outpaces the chasing police.  This Superman was fresh and young and filled with the rock and roll spirit. Unfortunately he didn’t last. He was never going to. But I enjoyed it while it did.

Batman 393 looks like a shot from a movie that might have been lit by cinematographer Roger Deakins. It’s beautifully inked, with the torchlight giving a warm glow to Batman, whilst casting shadows of darkness all around him. It looks gorgeous!

A brightly (and somewhat strangely) coloured action shot that caught my attention because… he’s about to pounce on a defenseless, anonymous woman with 800lbs of cat. Why?

Eye-catching to say the least…

A wonderfully apt cover kicks off Moore and Lloyd’s iconic V for Vendetta story. V himself is of course the ultimate man of mystery and here we can just about make him out in the mirror, walking into the shadows, away from his dressing table where the icon mask and wig sit, patiently awaiting their next outing. Love it.

A stunning recent cover for one of DC’s most exciting new series. Much of the character
development of Jon Kent has been around his taking on the mantle of his father and the
responsibilities that come with that and here we see him alone, isolated and almost pushed off the
cover of his own comic by the immensity of the legacy the symbol on his chest represents.

That’s it for this week!