Ten DC and Marvel comic series starting this October that you might want to check out! 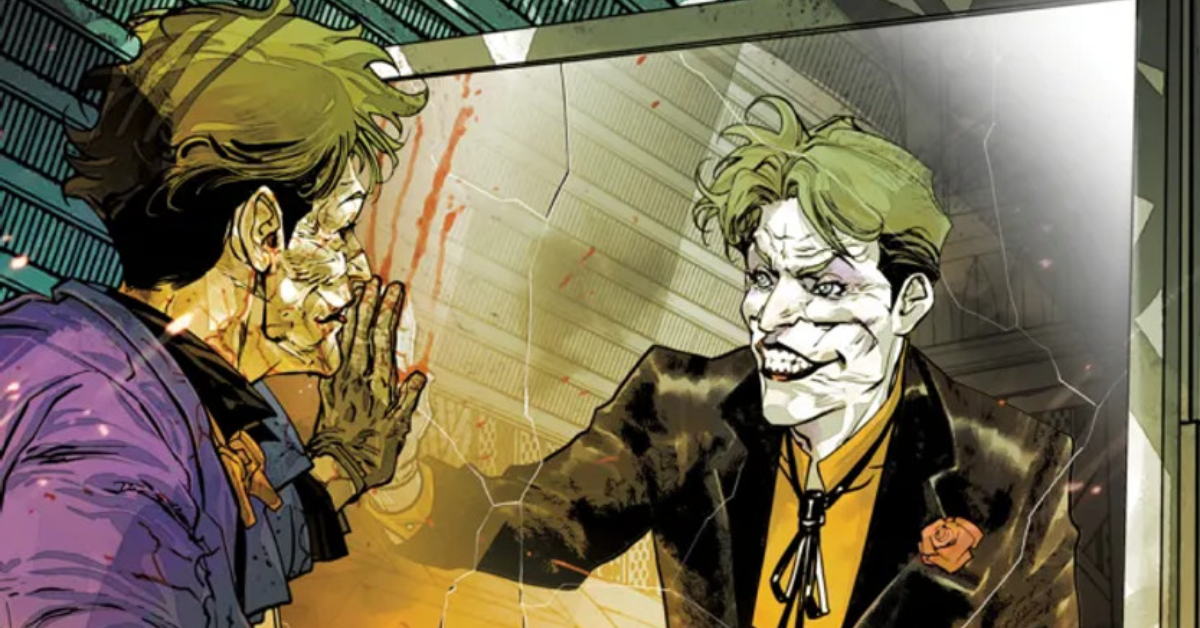 October seems to always be a hot month for new comic series kicking off, and this year seems no different. Here we highlight ten new series from Marvel and DC (in no particular order) which are kicking off pre-halloween 2022. And whats more all are available to pre-order now on our store right now!

What are you most looking forward to reading? Let us know in the comments!

Up first is the title our own Mr Webster is most excited about, and that’s the return of Silver Age Miracleman of course!

“Young Miracleman – the lost member of the Miracleman Family – is back! His last memories were of a 1963 world of joy and innocence. Now, he’s been thrust into the 21st century, where his best friends have become gods and monsters. Remastered with stunning new artwork by Mark Buckingham! Including material originally presented in MIRACLEMAN (1985) #23, plus bonus content.”

Dan Slott and Mark Bagley bring us Spider-Man #1 this October. The stakes are high, “The End of the Spider-Verse” is here!

“Spidey’s 60th Anniversary is no joke as two of the most legendary Spider-Creators are working together on Spidey for the first time and you know it’s going to be one for the record books!”

Yes! It’s back! The fan’s voices have been heard and a new series is dropping in October! Certainly one of the surprise hits of recent years, Scooby and Batman never fail to entertain all ages, in a team-up that has been described by Wow Comix staff as “Essential stuff”!

An odd thriller pulls Batman, Robin, the Batmen of All Nations, Scooby, and the gang right into a jet-setting race to among the most haunted locations on Earth. Even scarier, the path leads straight to Ra’s al Ghul and his League of Assassins!

Tom King has been in sensational form recently (See Supergirl: Woman of Tomorrow) which only adds to the anticipation for Gotham City: Year One.

“Superstar creators Tom King and Phil Hester team up for the first time to tell the definitive origin of Gotham City: how it became the cesspool of violence and corruption it is today, and how it harbored and then unleashed the sin that led to the rise of the Dark Knight.”

“When last we checked in with Harley Quinn, she ate, she banged, and she killed—but now it’s time for something a little different. Fresh out of the events of Harley Quinn: The Animated Series season 3, Harley has found herself a part of a highly unlikely team—the Bat-Family! Meanwhile, Poison Ivy has found herself prepping for her new job—leader of the Legion of Doom! But while Harley and Ivy adjust to their respective new roles, a ghost from Ivy’s past enters the fray and threatens the relationship between everyone’s favorite clown/plant couple!”

The Joker: The Man Who Stopped Laughing #1

Those who were disappointed to see the recent ongoing Joker series canceled will be happy to find some more clown crusades on the way in October!

From the twisted minds of Matthew Rosenberg (Task Force Z, What’s the Furthest Place from Here?) and Carmine Di Giandomenico (Batman: The Knight) comes a violent, mind-bending new series that picks up from the cataclysmic end of The Joker and follows the mayhem across the United States.

A revolutionary dark take on Spider-Man begins here! What is reality and what is dream? What is science and what is magic? At the intersection of all of this stands the Deadly Neighborhood Spider-Man.

“THE BLACK PANTHER IS NO LONGER WELCOME IN WAKANDA! Who is this proud nation without its king? This exciting new miniseries answers that question as each issue spotlights a different fan-favorite Wakandan character. First up: Shuri proves that being without the Black Panther doesn’t mean Wakanda is without heroes to protect it—and that there is a reason she too once wielded the power. Plus, part one of the “History of the Black Panthers” backup story, providing for the first time anywhere a definitive overview of every Wakandan who has ever held the mantle of the Black Panther!”

“Lady Bullseye failed. Lord Deathstrike failed. Every assassin sent to kill Frank fails. The leaders of the underworld crime bosses, heads of terrorist organizations, and even a corrupt government or two come together to solve the growing problem of Frank Castle. Sharing intel, resources, and money, a collective underworld puts out a contract to kill Frank eligible for anyone: assassins, mercenaries or smalltown crooks. The news ripples through the shadows of the world: $500 million to the person who takes down the Punisher. But there’s one face from his past…who’s in this hunt for more than money”

“A new chapter begins for Star Wars: The High Republic! One hundred and fifty years before the fall of Starlight, another beacon burns bright in the galaxy, a beacon of faith and spirituality. Jedha. The Pilgrim Moon. The Kyber Heart. But tensions are rising in the holy city and dark days are to come. Jedi Vildar Mac, a Jedi safe and secure in who he is and what he could be, arrives as Jedha’s fragile peace begins to crumble… But a nightmare awaits…a nameless terror that will become the stuff of legend…”

Thats it for our top ten new comic series starting in October. You can find plenty more new and vintage comics over on the website now! And to keep up with all the latest comic releases, and enter our weekly FREE COMIC GIVEAWAYS simply head on over and follow our Facebook page!