THE WEB-STIR #2: WHAT ARE COMICS FOR? 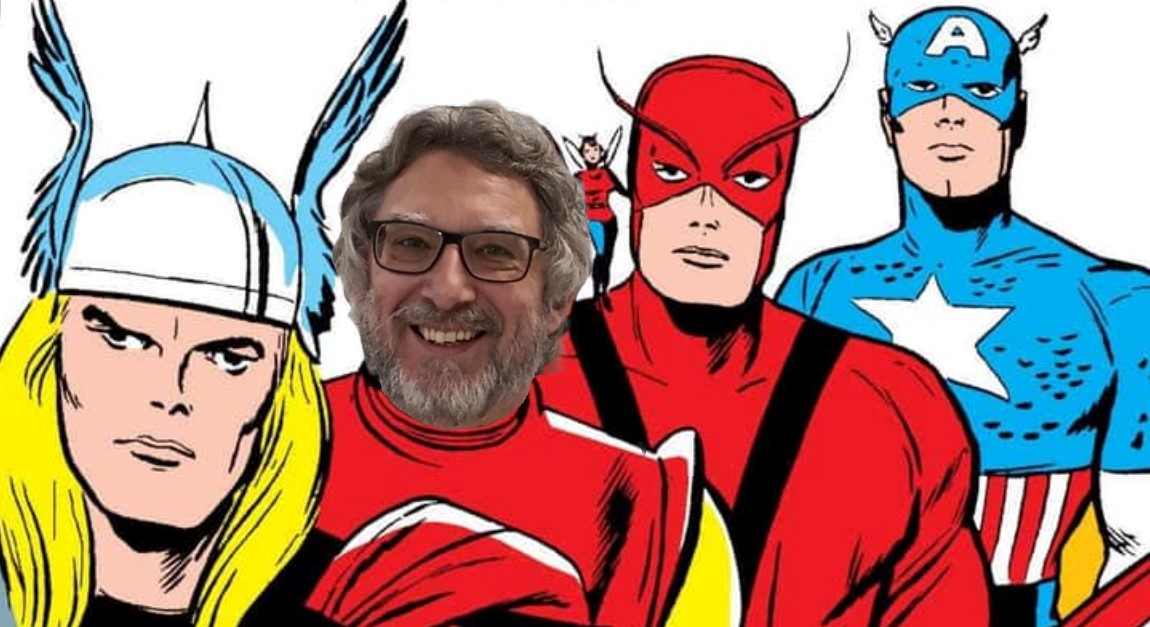 One of the most common questions we get asked in Wow shops is what is your most valuable comic? It’s such a disappointing question. Surely the question to ask is what is your best and most enjoyable comic? It’s the view of all of us at Wow Comix that first and foremost comics are to be read and enjoyed, not bagged, boarded and, put away untouched, unread and unloved.

Why should it matter? Well one reason is that when people lose sight of the real purpose of something there is a danger that the thing they love gets taken over by people who do not love it and just want to make a few quid out of it.

During the 1990s comics became almost self-destructive, the US comics industry started and fuelled a massive speculator frenzy with comic books. It was the time when the multiple variant cover was introduced. Could that be anything more than a cynical ploy to get you the reader to buy lots of copies of the same comic? It was the time when multiple titles featuring the same character or spin off titles appeared. Why on earth would you want 12 titles featuring the X-Men or Batman each month? Surely fewer titles of a better quality would make the comic industry more sustainable? It was the time of new “hot” writers and artists and people were encouraged to buy anything with their name on it. It was when “creators” names started to appear on the cover. Not something the previous generation ever needed. People were tricked in to thinking that anything by these guys would one day be worth a fortune, which we now know was not the case.

The speculator boom was unsustainable. People believed that buying multiple copies of the same comic was a great idea because one day they would be worth a fortune, ignoring the fundamental stupidity of the argument. What makes comics valuable is their condition, their desirability and above all else their rarity. Think about it logically and the stupidity of the argument becomes evident. If there are millions of copies of a comic available then they are by definition not rare. If they are not rare then lots of people have got them and they are largely worthless. That is what happened to the speculator boom of the 1990s. Once people woke up to the fact that they were buying loads of copies that they could not get rid of then they stopped buying. Publishers and comic shops who had themselves invested and speculated that the boom would continue suddenly-found themselves over committed, and their customer base drying up. Publishers and retailers went to the wall. All because they had turned what was “entertainment” into perceived investment, when there was no real value to it.

This was the start of a decline in comic sales from which the industry has never recovered. American comic book sales now are a fraction of what they were 20 years ago. The same with British comics. There are few titles published now and sales of those that do survive are a fraction of what sold years ago. When you take out Beano and 2000AD there is not much left now. The same argument as to value applies to British comics as much as to American comics. Never a week goes by when we are not offered a collection of 2000AD. Generally, people believe that because they are old, they are valuable but so many were produced that there are still thousands in circulation which makes each individual copy worth very little.

So, what am I saying here? That you should not look to make money on your old comics? Absolutely not. However, what I do believe is that you should buy them for the right reasons. Don’t buy them because you think they will be worth something one day. Buy them because you want to read them and because a well-written and well-drawn comic can be fantastic entertainment. Whilst the mainstream comics are, in my personal view, going through a bit of a rubbish period at the moment, there are still some great stories coming from DC and Marvel. If you are more adventurous look at some of the independent labels where there are brilliant and innovative titles being published. That should be your starting point, buy them to read them.

Comics should entertain and, in some cases, educate as well by turning the spotlight on the issues of the day. It’s all-too easy to jump on a band wagon and push out loads of comics with covers in celebration of Pride or Black Lives Matter. What is much harder to do is to produce comics that focus on issues that impact on real lives in a subtle but impactful way. Good writers can do that without having to make it gimmicky. Think back on what Lee and Kirby did back in the 1960s in the pages of early Marvel. Yes, they may be a bit dated now, but they covered topics such as racism, feminism, corruption and drug abuse. They were dealt with in a sensitive and informative way. They supported things like the civil rights movement.

DC did a fantastic job in O’Neil and Adams Green Lantern & Green Arrow issues 85 and 86 where they turned the spotlight on a serious and growing drug addiction problem in America. It is possible to tackle important issues whilst being entertaining at the same time. Ironically those issues are some of the most sought-after and valuable of the period. Mint copies go for high prices. It is true that most comics are not worth very much and few retain their value, let alone significantly increase in value. Where we do see prices going up are for key issues where a new or important character or major plot point is introduced. These can be valuable but you can’t predict what will be a key issue in advance. Who would have thought that the New Mutants 98 would have become much sought after? It was a mediocre comic living on borrowed time and yet now it goes for high prices. Why? Well because it introduced a number of characters including a fairly pedestrian assassin but who changed out of all recognition over the years to become the one and only Deadpool we all know and love. It made that comic worth very much more than it otherwise would have been. Probably no one at the time it came out thought it would be worth much and probably few people bought multiple copies.

So, what is a comic for? All of the above but mainly just get it for the fun of it and spend a short while in a different world enjoying a good read.