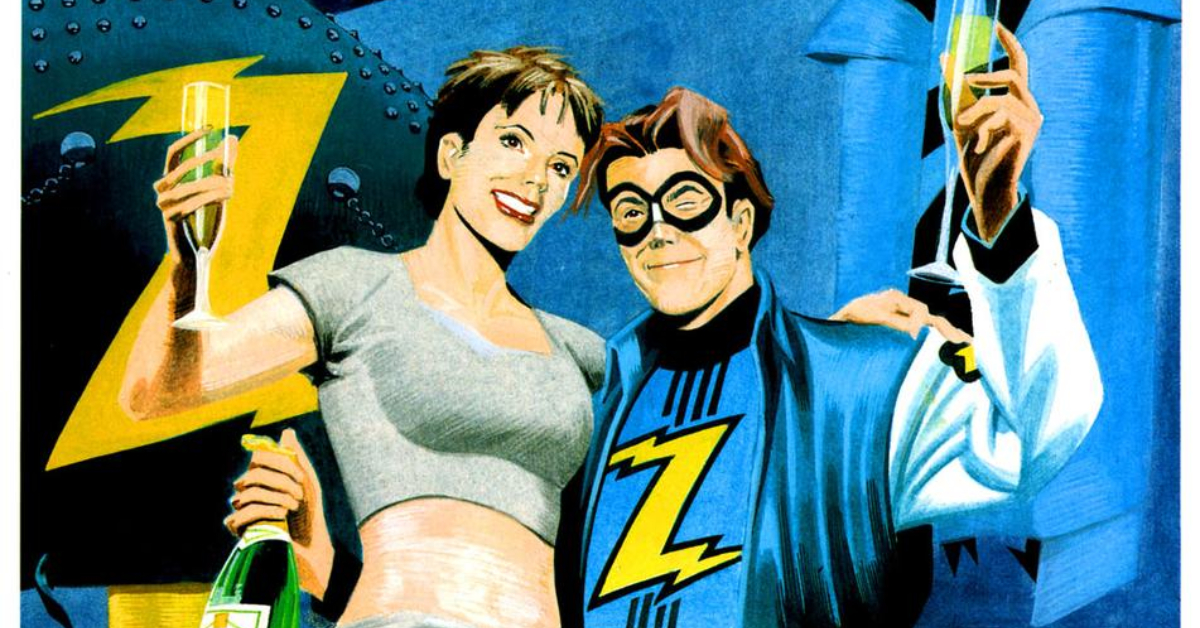 Brought up in Harlow, educated in Sheffield Polytechnic, and with 2000AD as his breakfast, lunch, and dinner, Yeowell was the right man in the right place at the right time. Because he made sure he was in that place, and made himself ready at that time. A happy doodler, who freely admitted he wasn’t expecting to become a part of comic book history at a young age, he became an important part of the British side of Marvel, DC, and many other publishers.

For those of you who weren’t snot-nosed nerds with Clark Kent glasses in the 1980s, Yeowell may not be the first name that comes to mind when thinking of the great and the good in comic books, but luckily, I was all that and less.

The name brings back fond memories of wandering into a local bric-a-brac shop that smelled of moldering books, tobacco, and (because it was the Eighties), Brut for Men. I used to be allowed to pick out a few battered copies of The Beano, The Dandy, and 2000AD, which I’d probably manage to read in full on the drive home. And that wouldn’t stop me from reading them again the next day.

Yeowell was a legend back then, even when he was starting out slightly in the shadow of Dave Gibbons. If interviews I’ve read are anything to go by, the two were probably drinking buddies at the time, but the industry was all about making connections and hoping you’d end up with a job next week.

Being part of the team at 2000AD meant a few prerequisites: an anarchic sense of humour, a quirky perspective on the future, and the ability to work to a tight deadline. Really tight. It was a weekly title, and artists would have to make at least 6 pages of panels of top-quality pictorial storytelling before they went to press.

His personal talent was reader focus. In the same way that movies and TV shows of the era had started to use soft focus to force the viewer to look exactly where the director wanted, his artwork was often fixed on the reactions of certain characters to the dialogue. Facial expressions and body-language have always been one of this artist’s skills – I can barely draw a pair of lips, but on a near-weekly basis, he could draw a character with every emotion from eye-rolling bemusement to shock-horror and back, but never lost the innate quality and intricacy of the human form.

His work on such titles as Zenith – the tale of a superhero who just wanted to promote his music career, not be a saviour, and (a personal favourite) Tharg’s Future Shocks, which gave a comic book that was filled with great artists a new dimension. You always knew what he wanted you to see. I cannot say for certain that his experience with 3-D engineering and metalwork gave him a unique, more economical perspective than other artists, but it’s worth considering.

If you’ve never had the good fortune to read one of the Tharg stories, imagine for a moment that there was a comic book version of Black Mirror – a vision of the future that’s just a little too close to possible. Short stories, big on possibility, that gave new writers a chance to flex creatively.

Although he spent many of his most prolific years at 2000AD, Yeowell started at Swiftsure, moved to Fleetway, and was a valued member of Marvel UK’s illustration team. When you have a notable talent in an industry that constantly requires the new and the interesting, it’s possible to be a hired gun for many armies.

If you have the chance, check out some of his work in Zenith, Judge Dredd, and the gritty, long-running series Sinister-Dexter for 2000AD, some of the JSA and Batman titles for DC, or Skrull Kill Krew for Marvel. Personally, my next investment will be to get the full series of The Invisibles (Vol 1, #1-4). He’s one of those artists, once you see a panel of his artwork, you will recognize it everywhere. In 1987 Zenith: “Phase One” won the Eagle Award for Favourite Single or Continued Story, I’d highly recommend you check it out!

Come along to the British Comic Fest in Stockport tomorrow, Saturday the 20th of August and get a chance to meet Steve Yeowell yourself!