The brilliant Wallop! Annual is now available for only £5! 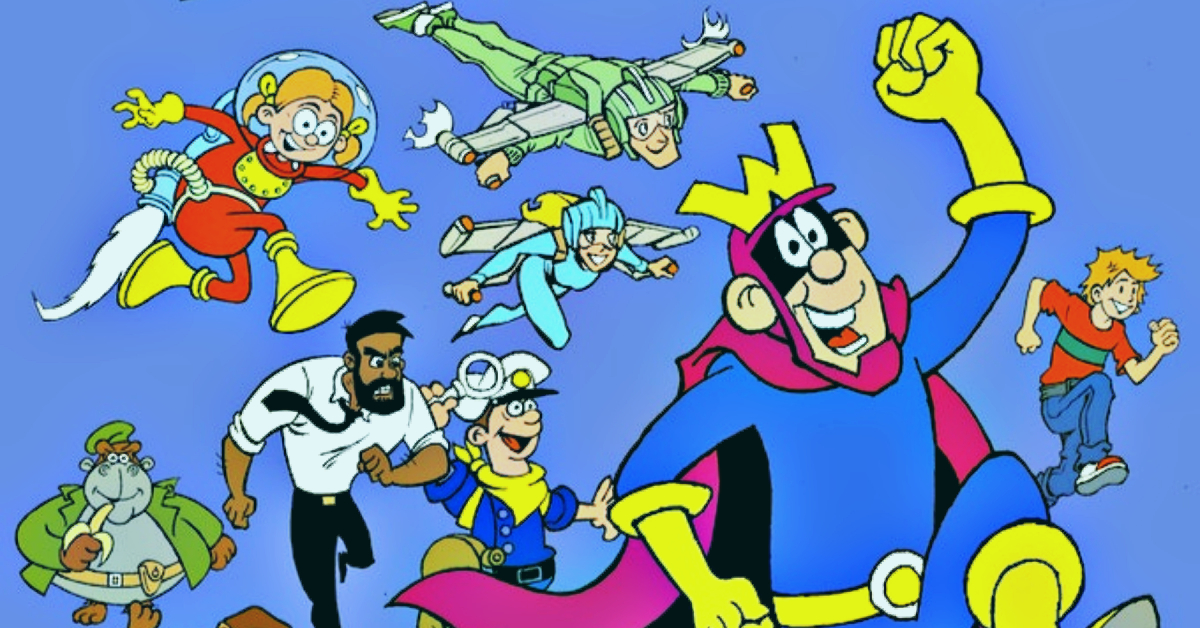 Check out what the guys behind it all Brian M Clarke – (Crikey!, Mancunian ) and John Jackson – (Albert the Mouse, Cyborg Gerbils, Count Duckula, Mancunian) had to say about it!

“We both loved humour and had worked on several comedy projects together so the idea of a ‘ten laughs a page’ funny comic seemed a natural to us.

As well as being fun, fun, funny we wanted something different to hold the concept together. A theme that gave it a unique identity. An edge in an increasingly crowded humour market. After much head-scratching and false starts we decided on a humour comic based on adventure strips.

Originally Wallop! was to be ‘just a comic’ with the two of us doing the whole thing but it quickly took on a life of its own.  Comics stalwart Kev F Sutherland soon suggested the idea of a traditional hard-backed annual. We thought it would be a great opportunity to bring other people in.  The rules were dead simple:

They certainly succeeded, as this hardback is a real love note to the classic comic strips of Britain’s past and a wonderful showcase of some very talented creators working today, bringing a much-needed dose of classic wholesome humour and good fun! The best bit is the sheer diversity of characters, there’s really something here for everyone! Pirates, cowboys, knights, super-spy cats, gorilla soldiers, time travel and dinosaurs, jet pack action, space girl, robots, bounty hunters, superheroes, and it’s all backed up with some brilliantly British humour. A very nicely designed book that would make an excellent gift for comic fans of any age!

We’ve had them in the shops for a little while now, and anyone who has picked one up has absolutely loved it, including us big kids of course! The best part about all this is that now, for a limited time, you can pick up a brand new copy of Wallop! for the crazy sale price of only £5! Just follow the link here!

Sure Shot Suzy: – Written by Brian M Clarke and illustrated by Keith Robson.

Space Elain: – Written by and illustrated by Kev F Sutherland.

In Olden Daze: Written by Brian M Clarke and illustrated by Mike Collins.