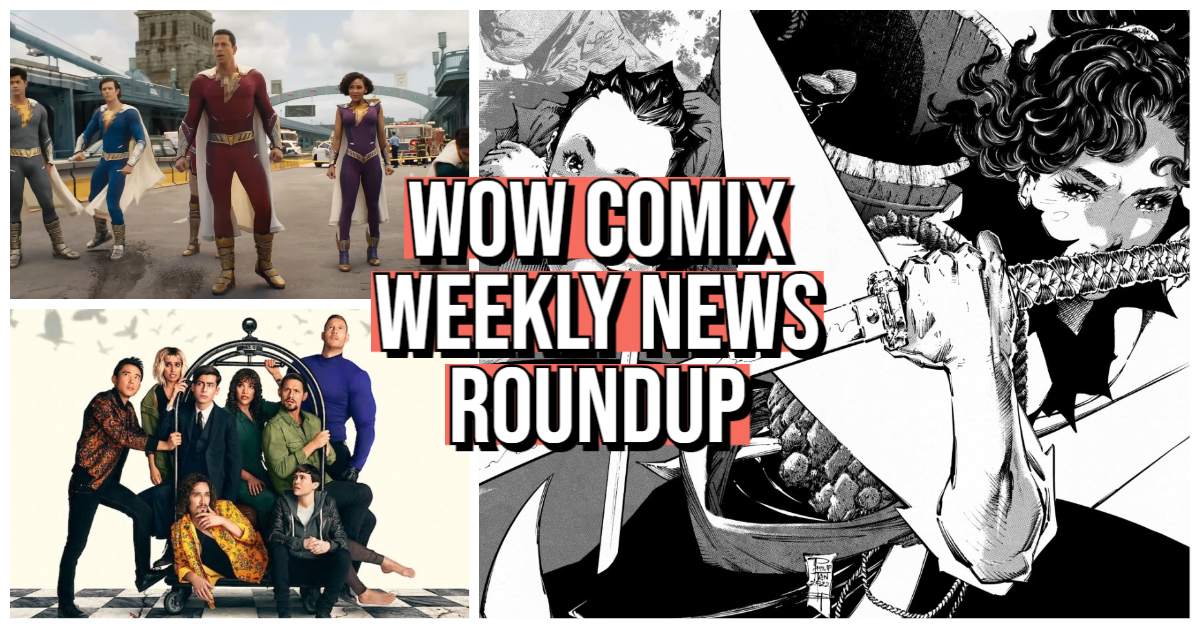 This is the first of a new weekly post where we round up a few key bits of comic and comic related news from over the past week. Miller returns to Ronin, a Marvel Masterworks upgrade, and yes, yet more movie release date changes!

Well, this was one we never would have predicted. Ronin is coming back after what, nearly 40 years?! A game changer back in the early 80’s, many consider the bombastic time twister among Frank Millers finest work. Will this live up to that? Well, its Frank Miller and sequels, so, fingers crossed.

Frank Miller returns to one of his most critically praised and influential body of works, RONIN.  This six-part mini-series follows the original work and takes Casey and her newborn son across the ravaged landscape of America.  With layouts by Miller, the beautiful panoramic art by Philip Tan and Daniel Henriques captures all the energy and excitement of the original series, taking the characters and world into a direction all its own.  Not to be missed!

Marvel Masterworks is getting an upgrade!

Better start that extra piggy bank pronto because in May of next year the massive Marvel Masterworks series (which has been ongoing since 1987) is getting an overhaul, stating: “For over thirty years, Marvel Comics has collected the seminal stories of the Marvel Universe in Marvel Masterworks — and now, 330 volumes later, Marvel is proud to welcome fans to Marvel Remasterworks!”

It will be interesting to see how this floats. The demand is certainly there for new and improved printings, and the books can be tricky to obtain these days, but its successs is all going to hinge on price and availability one would imagine, especially in the current climate.

Marvels statement – “By popular demand, the Remasterworks will be new printings of early Marvel Masterworks, now with improved restoration and expanded bonus material including scans of original art, essays and covers from other collections of the material, house ads, creator bios, and more! Dedicated to Marvel fans, these are the comics that built the Marvel Comics mythology and represent Marvel’s latest step in preserving its treasured history.”

You just never know whats around the corner with Warner Bros right now. This should not come as any surprise but we have some release date changes that, in hindsight, do make a little sense.

Firstly there is Shazam: Fury of the Gods which has moved from December 21, 2022, to March 17, 2023. This is rumoured to be so that it does not have to compete with the upcoming Avatar sequal, and there is some logic to that. The first Shazam was a surprise hit for DC on release, so its makes sense they would want to be assured a healthy landing space for its sequal.

Then there is the long awaited Aquaman and the Lost Kingdom, which is also moving from March 17, 2023, to December 25, 2023. There isn’t much more news coming out of production, other than the reason for the pushback being more time being allowed for post-production, likely effect work, so again, perhaps positive news.

One release date that hasnt changed is that of Black Adam, which is still scheduled to drop into UK cinemas on October 22nd.

Thor: Love and Thunder will be available to stream on September 8th accompanied by a documentary on the same day which takes fans behind the scenes of the movie. Despite being another box office hit for Marvel, it certainly wasn’t a film received with overwhelming positivity from MCU fans despite the poularity of the characters themselves. A tonal miss-hit from Disney? Or pehaps a cult classic in-waiting? Only time will tell!

Well, what a ride its been! But all good things must come to an end, and so it is that The Umbrella Academy will roll out its final episodes under the guise of Steve Blackman, with the full cast returning in its fouth season. Something of a minor relief considering the ending we got in season 3!

And Steve is not only confiming this for us, but while he’s at it why not drop in two brand new shows that are in the works:

“Horizon Zero Dawn and Orbital are on the surface very different shows from each other and from The Umbrella Academy. One takes place a thousand years in the future, in a world completely remade by massive machines. The other is set near present-day on a space station.“

Our bestseller this week has easily been won, quite aptly, by our new Classic Sports Grab Bags, which we have sold bucket loads of on our online store since they went up for sale following our British Comic Fest in Stockport last week. You can try one now for only £5.99, with free delivery in the UK! Just follow the link to www.wowcomix.com now!

Want a throwback to get you in the mood? Check out our recent interview with Barrie Tomlinson, a true legend of the British comic industry!

“I have always had a knack of persuading famous people to appear in my comics.”