7 TV Shows & Movies that surprisingly don’t have a Comic Book yet! 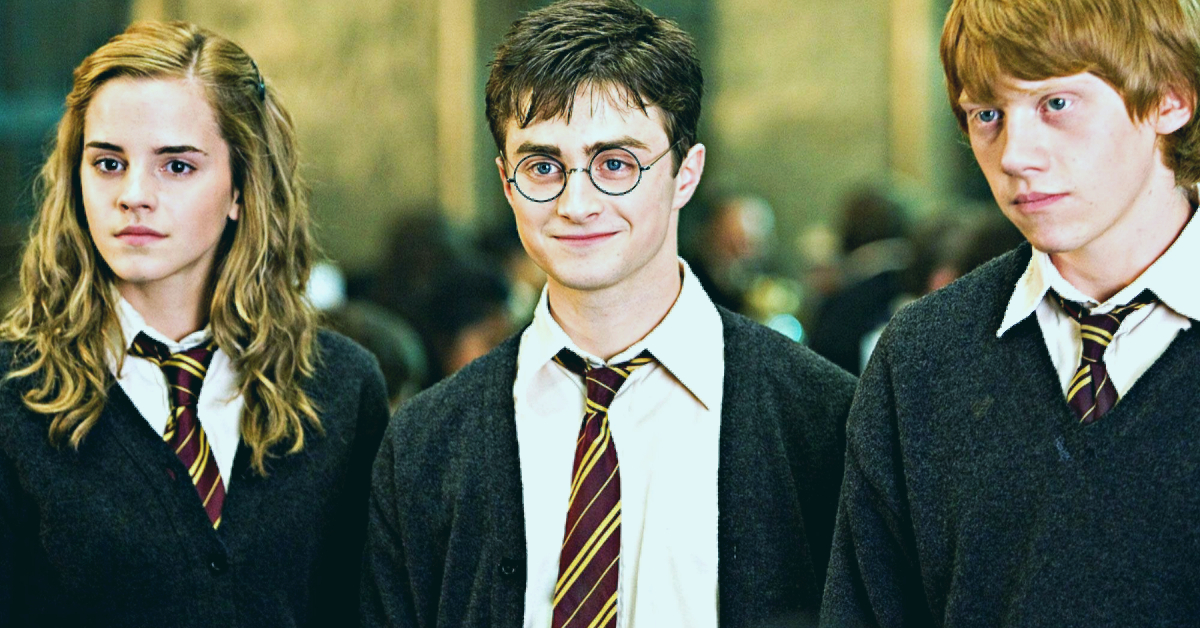 Have you ever finally finished a movie marathon or binge-watched all of that show you love and then wished there was simply more to dive into? Well, with varying degrees of success, that’s one void that comics have helped to fill fairly successfully over the years. Where would die-hard Star Wars fans have been without Dark Horse’s work filling in some gap’s in the 90s, or how would anybody have expected a UK based X-files nut to survive the shows initial demise without all of those paperback novels and barmy Topps comics?! Any long term Simpsons fan will tell you how brilliant its own comic output has been since the show began and hey, even Bob Hope had a comic! There seemed to be a comic adaption for everything at one time, but even today we are still getting tons of spin-offs, prequels, sequels and adaptations of our favorite films and shows. More recently I was enamored with the brilliant Amazon show The Expanse, and was pleased to find that publisher Boom! had released a very nice mini-series to tide me over to the new season. It wasn’t long lasting enough to match the show, but as a fan I still enjoyed it and certainly appreciated a chance to keep invested in something that wasn’t an online speculation thread or general forum talk.

So what about those movies and shows that don’t spawn a comic? The ones that seem like they should have? Well here are just a few examples off the top of my head, including one slightly ‘out there’ pick for a little speculative fun. You be the judge on that one…

How is it that a show with such a level of success has no official comics by now? Well, its actually pretty simple when you think about.
First of all have you ever noticed how few comic references there actually are in South Park? Even those awesome Mysterion stories have more to do with TV and Movie culture than it does comics, that’s because its a show that reflects the broadest possible themes in popular culture, and in the time that its been running, TV and Movie culture has become far more relevant to the general public that the ins and outs of the comic print world.

Everything that happens in South Park is somewhat relative to the current personal views and experiences of the creators Matt Stone and Trey Parker. Recently Trey spoke out about how embarrassed he is now about how poor the first few seasons were (certainly not our view) but its understandable for him to say this as South Park has over the years ever evolved into a show with more serious and personal thematic’s that, due to their strict production schedules, are able to closely reflects the pop culture of its time and at the time, rather than in retrospect. In-short, South Parks success is largely down to this personal touch working alongside a clever the timing of release. This is something that comics cannot do, or at least couldn’t do unless Matt and Trey wanted to treat it with the same level of urgency they do with the main show. And with them just taking on $900 million to keep producing it recently, lets say its likely that their current course is going to be the focus. But then you never know what the future holds…

Yeah, depending on who you ask, this movie was a surprise Sunday sleeper hit or a bit of a train wreck, either way its partially remembered for being the only Superhero released in (or around) 2008 that wasn’t actually based on any previous comic material.

I remember coming out of the cinema after seeing it, the visions of a half-arsed Will Smith hurling a beached CGI whale like a baseball out to sea and subsequently taking out a fishing trawler still running through my mind and and thinking the obvious: if anything that was a comic book film that wouldn’t make for a bad comic… Did we get any? No. Has the time passed? Probably. But I’d still argue a good case for the character of a rebooted/relapsed Hancock fitting into a fun DC or Marvel universe crossover, or at a push somebody seeing potential in rebooting it in a serious and dark humored manner. Ennis, are you reading this?

They did do one cheeky bit of promo aimed at the comic world however, check out these promo comic covers!

THE LORD OF THE RINGS

Apart from one short, sneaky adaptation of The Hobbit way back when, there are no official comics for The Lord of the Rings. This is very likely down to the Tolkien estates close guard of the authors work, as its infamously difficult to get anything made without first paying a seriously hefty fee, and even then there is certainly no guarantee they will play ball.

Amazons upcoming series, the most expensive ever no-less, is being called a make or break event for their Prime streaming service, and one cant help but think that a bit of exterior hype might be helpful. Remember all the toy lines, models, annuals, stickers, cards etc that surrounded the release of the Jackson Trilogy? Well there seems to be little in the way of that being talked about with regards to the new show. The Trilogy didn’t have any comics either, but like the idea or not, somebody out there in the world is just dying to bring Tolkien’s world into the the medium, and you never know they might just be the perfect fit for the job! Like how in recent years Disney have relied on EU media in comics and books to fill in gaps for the Star Wars fan base, it wouldn’t be hard to imagine the same idea working for Lord of the Rings for where the franchise stands at this point.

Ok, yes this is the odd one, but sometimes you can just kind of hear a comic. You know, that sound of the characters voice in your head as you are reading… This is a bit of a left-field choice but I can genuinely see (and hear) it… ‘The complete Larry David escapades, immortalized in the Eisner winning comedy comic saga written by the man himself and drawn by Kyle Baker!‘. Yes! An episode of Curb always makes you feel like we are building up to a gigantic slapstick set-piece, and often it kinda does, but along the way we get some bombastic and over-the-top Hollywood characters with outrageous semi-improvised scenes revolving around plots that can range from relatable to the absolute absurd. And actually the structure of the episodes often feel a little comic-like in nature anyway. The episodes a generally short yet heavily serialized and can regularly resolve in the exact cliffhanger fashion that you would want an humorous short read to end.

Whilst certainly a different breed of show, It was clever how Trailer Park Boy’s ended its time by quite literally transforming into an animated show before our very eyes in the final episode, and then recently we have also had some one shot comics which kind of feel like they were plucked from that show. It feels like a nice way to immortalize these classic TV characters and continue to occasionally provide some fresh material for the die hard fans. Perhaps this is something Curb could try!

Imagine reading a Harry Potter comic! Can’t imagine it? No, strangely neither can we. On the another hand, somewhat like South Park, it seems baffling that after 25 years of world domination that there has not been anything at all printed in the medium of comics from the Hogwarts camp. This is probably once again down to the quality control officer, creator. J.K. Rowling, who already has legions of hardcore fans who scrutinize every detail of her work, including creature designs, characters physical aspects and well, just everything. So it might cause something of a headache to open up to the comic world alongside everything else going on!

Although we are still adding it into this list because of the endless possibilities if it ever did occur, and quite frankly whatever the title was called, and whoever was put on it, it would probably be the biggest selling comic of that year! But then when your brand is worth a whopping $25 Billion already, the few hundred thousand sales you could potentially make from a comic series hardly seems worth it.

This one was suggested to us, and yup, it totally makes sense! David Lynch’s 90s cult classic Twin Peaks continues to grow more popular as the years go on and is one of those shows which fans will always want more of, especially seeing as the Brightburn Universe was already teased.

It took 25 years for season 3 the finally come out, but in that time Illustrator Matt Haley came very close to releasing graphic novel that aimed to be something of a conclusion with writer Bob Engels, and it was even scheduled to be released as part of a special edition box set, but it was stopped at the last hurdle by David Lynch who was at this time clear that he wanted nothing to do with any return or continuation of the show. A few years later of course, he did come back and produce his own season 3.

But fans still want more. And we reckon, as predicted my Matt Haley, comics would be a great way forward. There is certainly an appetite for it, check out this article from Book Riot which lists a whole load of comics inspired by Twin Peaks already!

This one is more obvious than you might think, and it has already been pointed out that the whole franchise makes more sense if it were actually set in a live-action comic book universe of its own. Beyond the physics of it all, there are the characters too. I mean just take a look at the picture accompanying this here and tell us that they don’t look like characters pulled from a comic. If you are struggling to see it, add a few beards and a couple of axes and baseball bats, the squint just a little and you will see the cast of the Walking Dead.

Considering the astronomical profits of the action packed franchise and the age of its main target audience being so loyal to its legacy, you might think we would of seen a promotional one-shot or character spin-off in comic form by now. It would also perhaps fill a bit of a gap in the comic market for some high testosterone action/racing material at the moment as there really isn’t much of the old Speed Racer style genre around, and for the fans of the series its already been proven that there are an endless amount of tales that they can squeeze out of this mega-franchise. Movie number TEN is due out in 2023!

So that’s just a few picks we have for TV shows and Movies that don’t have any official comics yet. Have you got an idea for any you would like to see turned into a comic, or do you think we have missed a big one off our list?! Let us know in the comments!