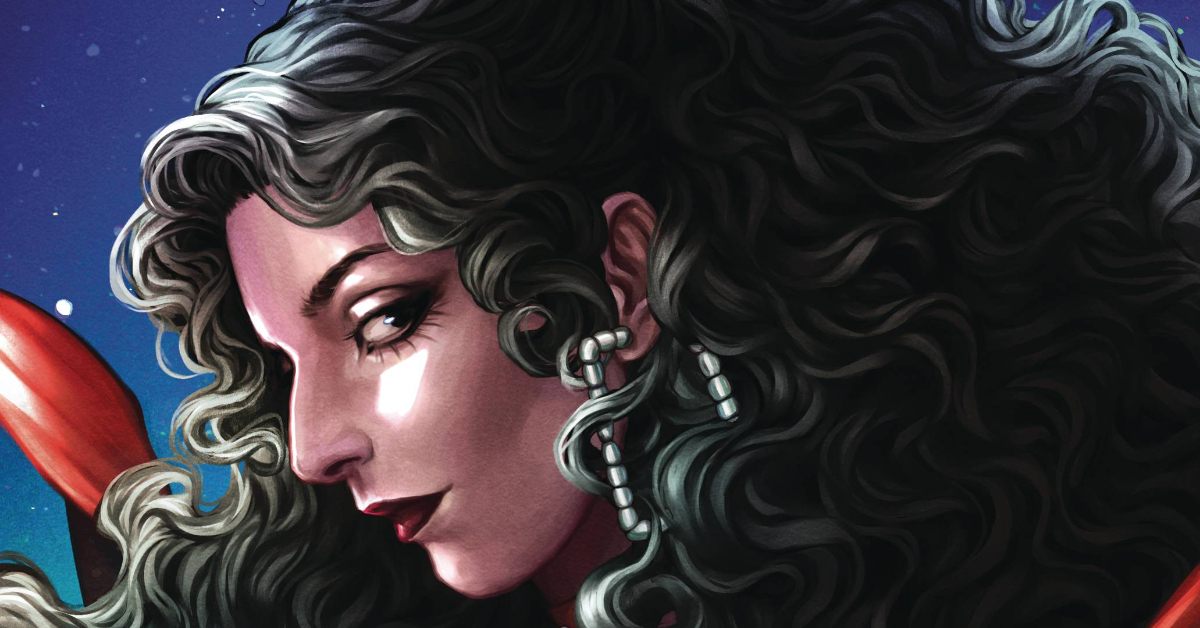 Cover art is important for any comic book. I know the theory of “you can’t judge a book by its  cover”, but that changes when you’re talking about sequential art. Comic books should be to jump off the shelf at you with engaging and curiosity-spiking artwork and interesting story lines, alluded to carefully. Having what looks like an evil version of a very recognisable face makes this issue of a new series very easy on the eye. Plus, I always liked Counsellor Troi.

Megan Levens, famous for her work on Buffy, Angel City, Spell on Wheels and plenty of other Star Trek comic books, has created some very impressive pages in this issue. At times, you can pick out members of the TV series from the shapes of their faces, their body-language, and their hair. Or, at least, I can. Big Trekker here, unashamedly so.

The story revolves around Administrator Troi and her desire to get away from Betazed and out into the stars. If you’re a fan of TNG as much as I am, you may be thinking “is it because of her mother?”, but the answer is no.

The Administrator is facing insurrection from her entire planet for selling out to the Empire – a mirror-verse version of the Federation of Planets. They believe, quite accurately, that allying with  the Imperials was only benefiting her, and needs to leave before she becomes a page in the History books.

One of the great things about this story line is that it is written realistically. Women in fiction have not always been given the best lines, the strongest character traits, and there has been an actual test for TV shows, novels and the like, to check whether a woman’s only conversational gambit is: what is my boyfriend/husband doing right now? – the Bechdel Test. Troi’s story would beat this in every aspect, possibly because it was written by Marieka Nijkamp, following in the footsteps of such Star Trek scriptwriters as D.C. Fontana and (the writer of my favourite episode, Measure of a Man) Melinda M. Snodgrass.

Star Trek is known for strong female characters, and represents all aspects of humanity, sometimes by allegory, but this is a proud example of showing how a woman can rise to power in a wicked universe. There are surprises along the way, double-crosses and very familiar faces, but it’s an old story of the hunger for power and success, overriding all other loyalties. Will this be a tragedy? Too early in the series to say for sure.

If you weren’t aware of the mirror universe stories, let me give a little background in the TV series. In the original Star Trek, Captain Kirk was transported there and the “wicked” (and possibly whack-a-doodle) Kirk takes his place. We see the mirror-verse through Kirk’s eyes, and end up hearing about what transpired when the bad Kirk tried to take command of their Enterprise. Five episodes of Deep Space Nine were devoted to the other universe, and a whole storyline of Star Trek: Enterprise was based around the infiltration from one to the other.

In conclusion, this issue had great art, a compelling storyline, and believable characters. It was loyal to the TV series, the movies and books, and generally beats a lot of comic book homages to TV and film. If this series of comic books intrigues you, it may be worth picking up a copy of Star  Trek: Stargazer, and of course delve back into the TV series.