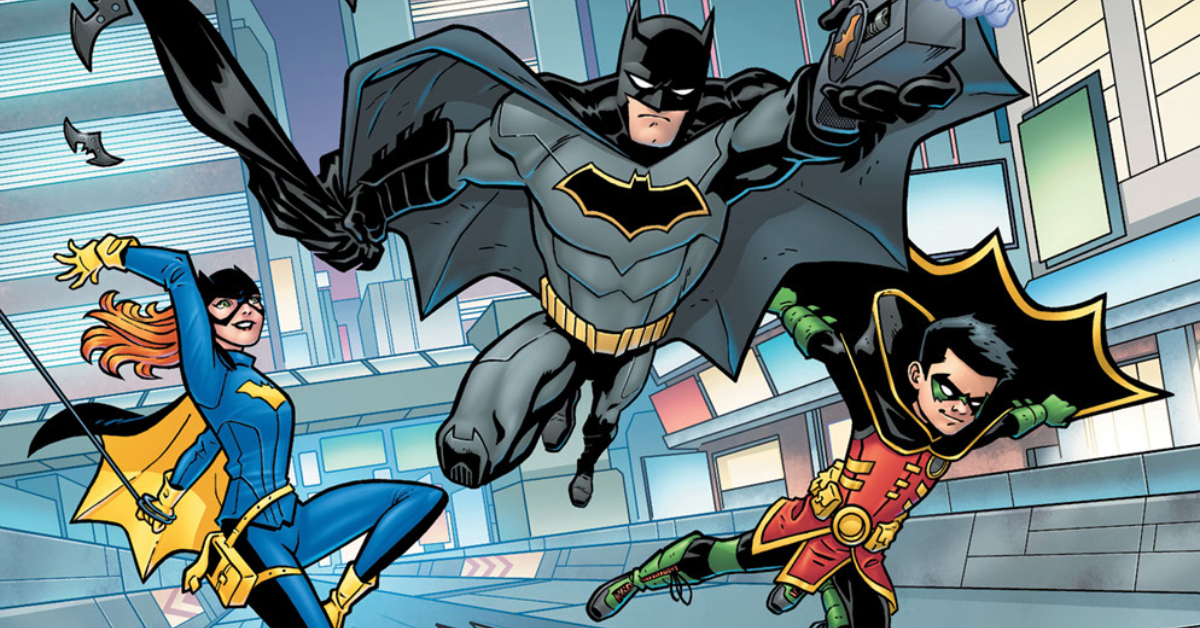 A mass breakout has occurred at Arkham Asylum, & Clayface disappears from Batman’s sight after a brief confrontation on the streets of Gotham. Utilising the power of Social Media, Penny-One & Batgirl locate the villain for Batman to confront one last time.

Black Ice – Batgirl chases down a lead about stolen jewels, leading to a confrontation with Catwoman. Unfortunately, the Cat comes out on top. Back at the Batcave, reports come flooding in of mysterious vans heading to the shipyards. The World’s Greatest Detective deduces it can only be the work of Mr Freeze.

Nightwing is met with a chilly reception when confronting the villain, but Batman outwits Mr Freeze with a technological advantage.

So let’s get down to the nitty-gritty!

Artwork! Erich Owen has done a terrific job of portraying the seedy underbelly of Gotham, utilising shadows, designing dark alleys filled with trash and broken buildings. It really just adds that atmosphere of Batman having to patrol a dark, crime riddled city.

The colouring by Carrie Strachan is well executed. As an example, I really loved the way Gotham’s high rise buildings were lit up in the background. For me, this just portrayed the vastness of Gotham, and yet how isolated this area is. Another great example is the pale green lighting of the night vision during the chase of Clayface. I felt like it have the panel an eerie overtone, which is exactly how I’d feel if I was chasing a being made of clay through a dark neighborhood into a dank sewer!

When we launch into the sub-story with Mr Freeze, there are now a plethora of blues & whites which are used effectively to demonstrate just how cold Victor has made the place. I also love how the lettering has taken on the colour of the icy cold, so you can almost feel the chill in the air.

Speaking of lettering, which is done by Saida Temofonte, I feel like this was one of my favourite parts of the artwork. A dose of high energy “Grrraah’s!” And “Shlooop’s” in the first few panels just really brought a sense of nostalgia for me, but then also, It just added a great energy sense and power to the fight between Clayface and the Dark Knight! I’ve already mentioned about the colouring effects used on lettering during Mr Freezes story, so I’ll just say that I love the way the lettering demonstrates the mechanics and danger of Victor’s ice Ray.

Regarding the overall story, I feel like this story really highlights the effectiveness of Social Media as a tool in crime fighting, and had me intrigued to see how it plays out! The introduction of Chirper was clever as another tool for Batmans arsenal. I won’t out any spoilers, but when I saw a certain someone’s silhouette, I knew what to expect, and that section earned a chuckle from me.

Overall, I felt that the story shows promise to lead into something great. I did feel that the pace of the story was a bit slow in places, but I’m intrigued to see where they take this series!