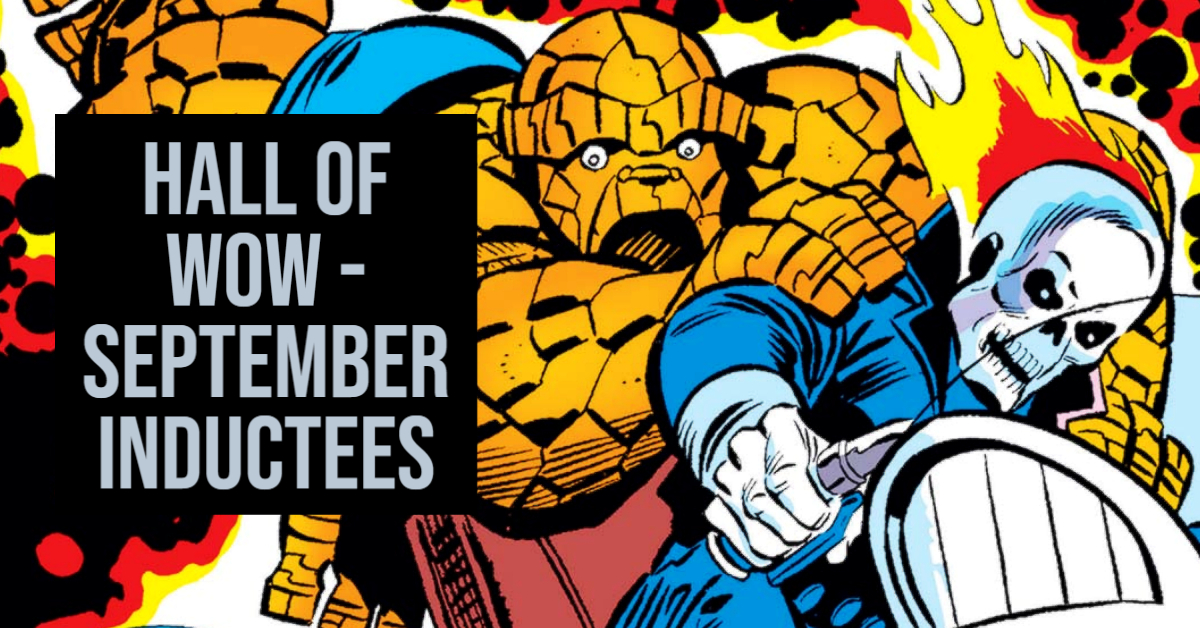 Each month our team of writers each submits a classic or modern cover that they deem worthy of entering into the esteemed HALL OF WOW. Then we ask our loyal followers over on our Wow Comix World Facebook page to vote on their favorite as part of our big giveaway!

See the inductees from September 2022 below!

Han and Chewie with a motley band of space-farers, facing down who knows what… a green space rabbit… the promise of new adventures beyond the movie… This is a hugely nostalgic cover for me, being one of the very first stories I read during the long wait for ‘The Empire Strikes Back’ to come out.  The artists had a lot of fun letting their imaginations run riot with new Star Wars characters back then.  This cover has a strong ‘Seven Samurai’ vibe too, which makes it even more cool.

Tales From The Crypt #28

The care free stroll away of the gravedigger in contrast to the terror of the buried man. This is still a relateable terror today as much as it was when first printed.  In days of old you could ring a bell when you were buried alive. No such luck here!

Artists are Leialoha and Bob Wiacek.

It’s an introduction to a new character, The Flying Tiger, but the intro involves our baddie throwing SW out of a high-rise window with glass flying everywhere.

Intrigue, danger, and a great reason to pick up the issue.

I think this cover reflects the romanticism you find beneath the horror of Alan Moore’s time on Swamp Thing really well.

I especilly like the peaceful touch thats brought to the scene by the butterflies and curious frog. Its all rather beautiful.

The simplicity and complexity of this cover merge beautifully. Artist Emilio Laiso is an illustrator with a gorgeous painted style which includes hefty amounts of shading and linework, this merged with the all black remainder of the cover instantly draw your eye to the perfectly portrayed Cassie Hack in the centre of the page which begs you to ponder “what has just happened?”. This cover dies the job a covershould, and looks mighty fine whilst doing it.

Marvel Two-in-One was one of the silliest titles that the House of Ideas ever produced, as each month The Thing would team up with whichever B-list hero needed a sales boost for their own title. However, each issue is a highly entertaining read and, as with most crossover comics, always resulted in covers that were just plain fun.

The image of Ghost Rider roaring out of a cloud of Kirby crackle into the skies of Bethlehem would be enough to raise a smile, but it’s the addition of the ever lovin’ blue-eyed Thing clinging on for dear life and the strapline ‘Silent Night…Deadly Night!’ that make this. Pure Bronze Age madness!

All in all, its a really simple design. If it were perhaps a cover that never existed, and came out on a run today instead, it might be just considered good art. But due to the enormaty of the event it contains, this cover has to be right up there with one of the most iconic.

Hands up if you always knew he would come back…

One thought on “HALL OF WOW – September 2022 Inductees”